The Government yet again had missed the mark.

At creative kick-offs the world over, that holy grail - the desired outcome - sits right at the top of the tree with data, insight and research filling in the gaps before the last touch: creative ideas to breathe life into a campaign.

It seems obvious - apart from in this case it isn’t.

This misguided and frankly lazy approach only served to create a bigger chasm coupled with frustration and eye rolls from an already disenfranchised demographic. Just take to Twitter and follow the backlash.

Cue a ‘lively’ discussion between myself and my fellow mentors from this years BME PR Pros cohort. Both from the perspective of being BAME and working in the industry this failed for us on many levels. We couldn’t quite understand how that initial concept meeting had resulted in over 320,000 boxes having ‘inspirational’ stories printed on them rather than a cash injection and consultation with the communities themselves. 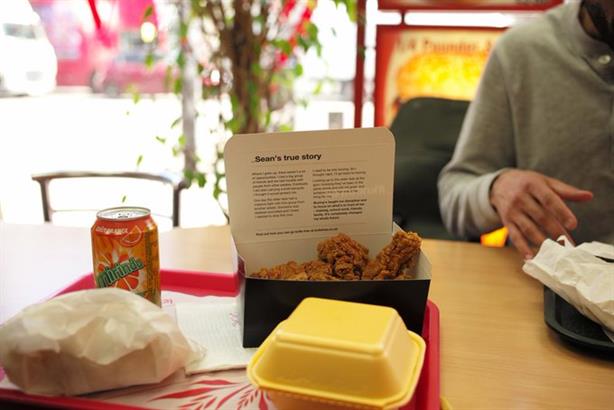 The agency responsible for the concept claims to focus on marketing to BAME youth via the ‘UK’s urban hotspots’, but the stereotypes this particular campaign panders to says more about how out of touch the Government is.

Putting aside for a moment the assumption that BAME people eat at chicken shops - let us imagine those people that this message is intended for. People who may have more real life and impactful stories to tell about knife violence in their lives then anything they can read on the inside of a carton.

Is there really a correlation between knife crime and chicken shops? And are they a good place to effectively reach BAME audiences? I would like to see the data around this, if there is any.

There is no debate that any initiative to tackle the serious and complicated issue of violence is a step in the right direction, but let us be clear, this was not the brainchild of a small, grassroots, community-led organisation that brainstormed a PR idea. This came from our Government, our Home Office and with the backing of a woman of colour, Priti Patel. It was followed by the cruel irony of a stabbing outside the Home Office just hours after the campaign went public.

Undoubtedly any PR or creative agency who is drafted in to work with the Government on issues such as this will have a tough job – working with any client trying to build trust with an audience that never really had it in the first place is never easy.

But a poorly executed approach will certainly not help the cause.