In a statement shared with PRWeek, Fleishman said: "In response to questions raised about its work on a recent project in Manchester for its client SMG, FleishmanHillard Fishburn has requested that the PRCA undertakes an independent evaluation and assessment of that work.

"The agency is confident that process will prove that it conducted itself appropriately during the campaign, which its client stands fully behind."

PRCA director general Francis Ingham told PRWeek: "We welcome this decision by FHF to refer themselves to the PRCA Professional Practices Committee. The process is now underway and will proceed in its well-established, thorough, and timely manner."

Fleishman’s proactive move to clear its name is unusual and comes after the agency and its client, SMG Europe, the operator of Manchester Arena, were accused of creating and distributing a leaflet opposing a rival concert hall proposal that a Manchester City Council leader slammed as "misleading" and "outrageous".

The leaflet purported to come from a "fake" community group called Friends of Eastlands, which is a tactic known in the industry as ‘astroturfing’.

The leaflet did not mention it had been paid for by SMG Europe, and Manchester City Council spent £3,944 to produce and distribute 7,870 letters to residents setting the record straight.

SMG Europe defended the campaign and said it has been "entirely transparent".

John Sharkey, SMG Europe’s EVP of European operations, said: "At all times, when campaigning locally with residents or groups, we represented ourselves as Manchester Arena. We spoke with local groups who wanted to support the debate and objected to the proposals because of the lack of consultation and impact upon their neighbourhood.

Sharkey said the claims in the leaflet were justified because the Eastlands Regeneration Framework "lacked detail" and that a new arena project would inevitably cause disruption to the local area.

Sharkey said it was not unreasonable to assume the council would partially fund the project based on "our experience and knowledge of these projects elsewhere in the UK and overseas and the type of assistance [such projects] require".

This morning, PRWeek checked the Friends of Eastlands Facebook page to see if was still inactive. It had 18 followers and 15 ‘likes’. One of its posts had one comment from Radioactive PR that had been hidden from public view. 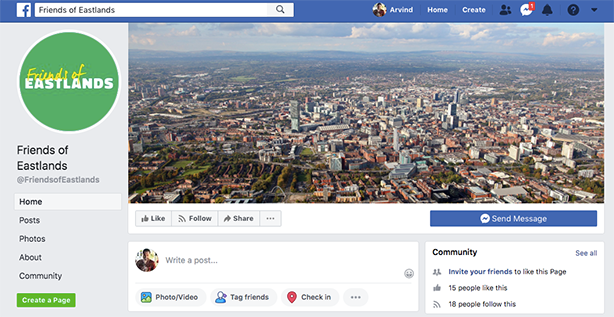 The Friends of Eastlands Facebook page continues to show very little activity several weeks after it was accused of being a front for an astroturfing campaign.

The lack of activity since will raise questions about whether Friends of Eastlands is a legitimate community group.

PRWeek understands it is the use of 'Friends of Eastlands' as being behind the leaflet drop, without ever declaring the leaflet was in fact paid for by the owners of Manchester Arena, that is central to the council's concerns. 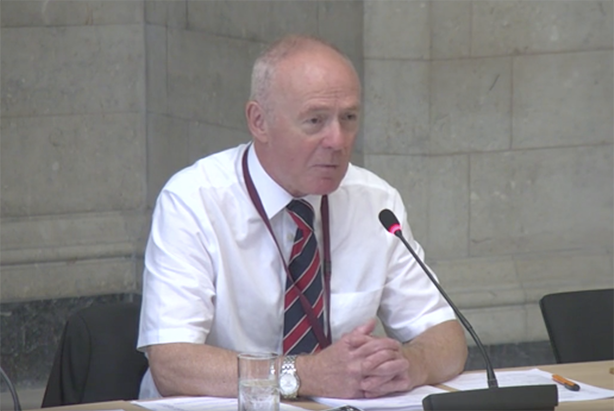 Leese, pictured above at an Eastlands Regeneration Framework consultation hearing, described Friends of Eastlands as: "A front organisation created by them (SMG Europe and its PR firms) purely for propaganda purposes".

"It is not mentioned at all that it comes from SMG and it also says things that are not true."

These include false claims that Manchester City Council proposed an arena next to Etihad when it hadn’t, and that the council would invest in the arena when it wouldn’t.

"It didn’t mislead, it told lies, and we will have to spend some time putting that right in the East Manchester community," Leese said, adding that the leaflet had "distorted" the Eastlands Regeneration Framework consultation process.

Manchester City Council strategic director of development Eddie Smith told a Eastlands Regeneration Framework hearing that the tactics used by SMG Europe "mirrored" those used by another arena operator, AEG Europe, in opposing a proposal for a concert venue in East London.

SMG and AEG are in merger talks and Smith believes the two campaigns are connected.

Fleishman’s role in the campaign will now come before the PRCA’s professional practices committee.