PRWeek's five favourite campaigns in July ended up as one of the most popular contests in living memory.

It was eventually won – with more than 1,000 votes – by Paddy Power's Save our Shirt campaign, which kicked off as a public- and media-duping hoax kit launch and morphed into an arguably ironic social commentary on how betting shirt sponsorship was getting out of hand. Agency partners VCCP and Octagon were involved in its creation.

In a close second, with a creditable 915 votes, was #ThisBikiniCan – a campaign by Manc Frank for online travel agent On The Beach, which aimed to bust the 'beach body ready' myth. 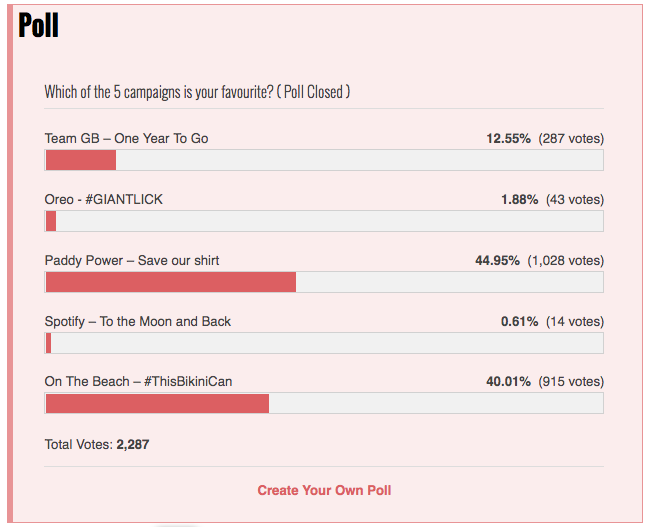 Paddy Power – Save our shirt

Paddy Power’s sponsorship of Huddersfield went from being a national laughing stock to a PR masterstroke in a matter of days.

The ‘Save Our Shirt’ campaign, a concept created alongside its agency partners VCCP and Octagon, used a hoax kit launch featuring an unsightly sash Paddy Power logo to create a media storm and emphasise just how bad betting shirt sponsorship had become.

Few could have predicted that the real kit would feature no logo with the betting shop ‘unsponsoring’ it in a move likely to win over fans and earn remarkable press coverage for a shirt sponsor.

They’ve ‘unsponsored’ several other clubs, including Motherwell and Newport County, building momentum and ensuring the campaign reaches fans across the UK.

In case you missed it: Five Campaigns We Liked in June: your winner revealed