SAN FRANCISCO: Most Deloitte employees say their company’s work for Customs and Border Protection will not affect their plans to stay at the consultancy, according to a survey conducted by Fishbowl, an employee-focused smartphone app.

Of 1,216 respondents, more than two-thirds (67%) said no, the CBP work would not affect their employment plans. More than 18% said it might, and nearly 15% said it would.

The vast majority (1,034) of Deloitte employees who replied to the survey work as consultants rather than accountants (182). A majority of employees in both groups, 80.22% of accountants and 64.6% of consultants, said the CBP work would not affect their plans.

From July 17-25, Fishbowl asked verified Deloitte employees, "Does Deloitte’s work on behalf of CBP affect whether you plan to stay at the company?" Users could answer "yes", "no" or "maybe." 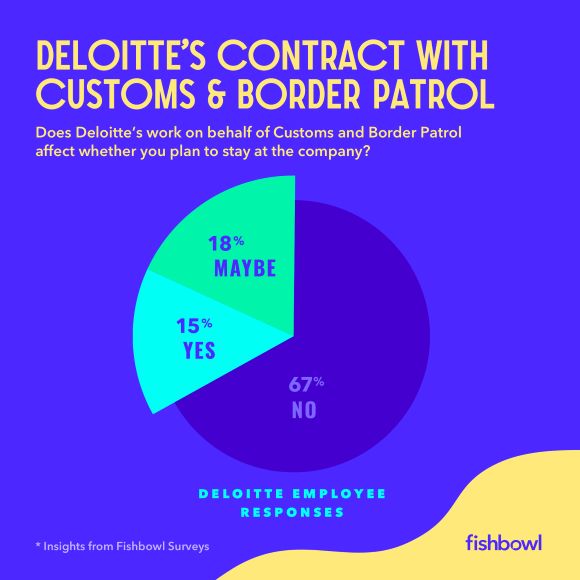 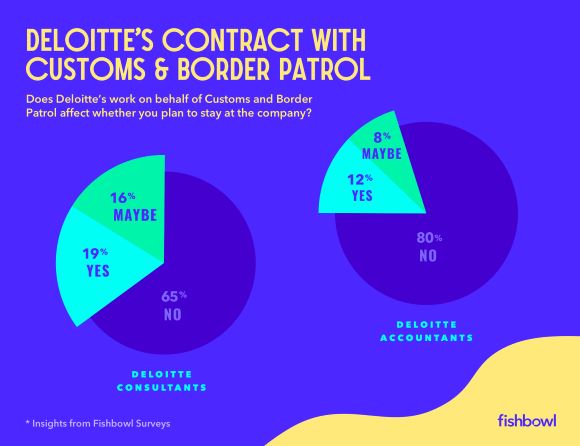 Fishbowl verifies user-employment status primarily by checking for a valid work email address, though users can gain limited access by signing up with LinkedIn credentials.

The survey was conducted shortly after the American Prospect published a story listing all of the private contractors working for CBP.

Agency staffers have strongly voiced their opinions about collaborating with government departments and other entities that work on the U.S. border with Mexico. Negative employee reaction in part caused Edelman to walk away from an account for the Geo Group, which manages detention facilities that house migrants. Ogilvy’s leadership, meanwhile, has said it will continue to work for CBP despite agency employees urging them to end the relationship with the Homeland Security department.