Paul Stollery (above) has joined Hype Collective six months as full-time creative director, and he now takes a partnership role with a 50 per cent stake in the agency. Stollery's role involves overseeing new business pitches, and working on existing clients to ensure that every bit of work the agency delivers is the best it can possibly be. "He was appointed to help us become a fully integrated creative agency," said MD Simon Lucey. Stollery added: "We want to shake up the student marketing sector. Too often it churns out campaigns with little strategy or creative thought. We're here to change that."

Stand Agency has been appointed by the Engineering Development Trust (EDT) to promote and support opportunities for young people. Stand will also work to position EDT as the charity that helps prepare the next generation with the necessary skills for the 4th Industrial Revolution. Stand will work with EDT to help promote access to STE(A)M (science, technology, engineering, arts and mathematics), and support EDT with their goal of helping young people achieve their potential, alongside helping them to make informed decisions about their future. Laura Oliphant, MD of Stand Agency, said their campaign will help address the skills crisis and the lack of diversity in the STE(A)M workforce.

The Forces Employment Charity has appointed PR consultant Kristy MacLeod, to lead a new strategy for the organisation. The strategy will support the charity’s wider marketing drive, which will utilise PR in order to boost engagement and awareness among key stakeholders. MacLeod has a passion for behaviour change and has spent more than 15 years leading in-house media, PR and communications teams for charities such as the Samaritans and Breast Cancer Now. She said: "RFEA has a wonderful, rich history, coupled with some very exciting plans in the pipeline. I cannot wait to get started on delivering a multi-faceted PR strategy to help shape and share the incredible stories this charity has to tell."

We Are Social and RNIB redesign emojis for visually impaired 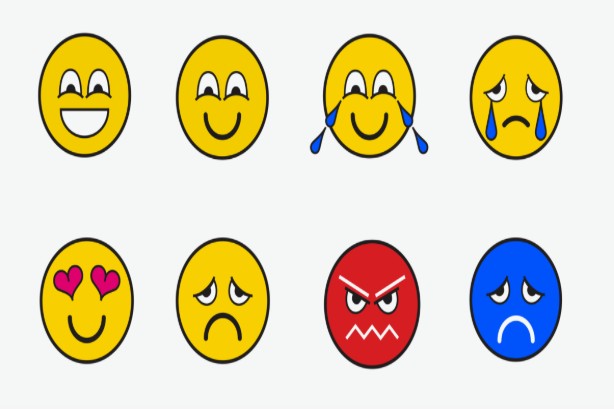 Socially-led creative agency We Are Social and the Royal National Institute of Blind People (RNIB) have launched a campaign to make emojis - the universal online language - more accessible to blind and partially sighted people. Starting with a selection of the top-ten most-used emojis in 2018, the project kicked off with a one-day workshop that helped both organisations understand the design elements of emojis and how they appear to those who are visually impaired. Alistair Campbell, executive creative director, We Are Social, said: "Emojis have become the world’s favourite language, but for a significant minority they are another way that they’re excluded from everyday life. It’s easy to overlook that, for many people living in the UK, this ‘inclusive’ language is actually the opposite."

Leeds-based integrated communications agency Prohibition has added the UK arm of Europe’s largest photo-printing specialist CEWE, to its consumer retail division. The agency will deliver several integrated marketing campaigns for CEWE during 2019-2020, which will include the ideation, creation and development of the brand’s first ever national TV ad. Clare Moreton, digital marketing director at CEWE, said she was excited to see the agency build on previous work for the company. Prohibition MD Chris Northon added: "Last year was good to start in getting some kind of traction for the brand, but now we are hoping that this year will be even better."