Flack is always amused when the heat comes: Children frolic in fountains, railways melt, innocent drinks' social team gleefully declare "this is our time!"… and people – mainly men – haven't got a bloody clue what to wear to work.

Take Taylor Herring supremo James Herring as a case in point, asking the question everyone other man wanted to ask during yesterday's scorcher – is it ok (for his friend) to wear shorts to a meeting?

The answers were, predictably, entertaining:

Is it okay to wear to shorts to meetings today? Asking for a friend.

Taking it to another level, however, was Manifest founder Alex Myers, who 'revealed' the secret to his budgie-smuggling success:

I’m wearing Speedos to mine

Staying with the topic, and British tabloids love an extreme weather story, but kudos to the one brand that used yesterday’s heatwave to promote its wares.

Flack received a press release titled ‘Scorching weather sends Brits outdoors’ – which Flack reckons might be stretching the truth a bit when many were desperately clamouring for air conditioned refuges when the mercury struck 39.

The company also predicted there would be record numbers of sickies.

While Pitch.com wins this year’s heatwave-jacking award in PR, nobody does heatwave hysteria better than the red tops and few can compete with today’s cover of The Sun.

The Sun has managed to combine the hottest day of July, the disturbing promise of a Boris Johnson ‘golden age’, obligatory Corbyn bashing and a retina-burning graphic of Johnson modelled on the sun baby in the Teletubbies. 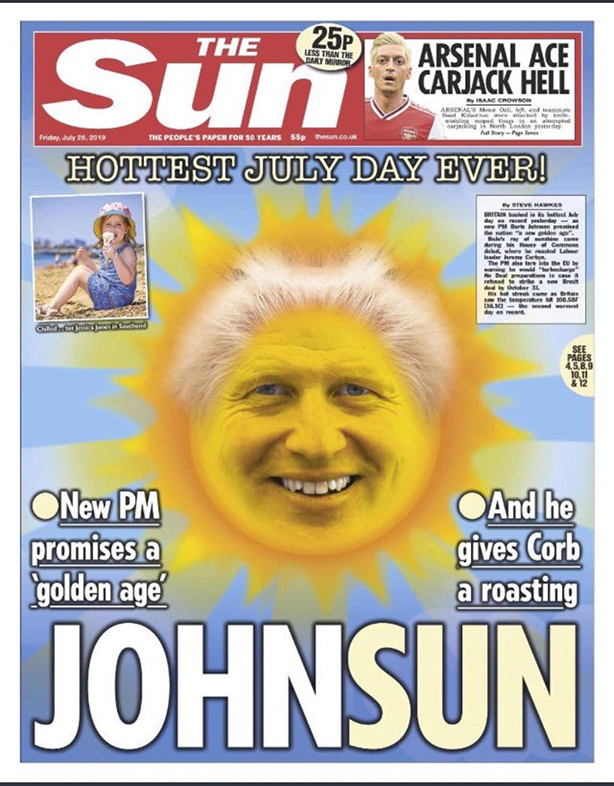 Agency members from past and present gathered to bid farewell to the pub that has stood on Great Titchfield Street for over 150 years.

In an emotional evening, the landlord of the pub received a photobook from Mischief to ensure he never forgot the faces of those in the agency who have pretty much bankrolled the pub for the last eight or so years.

Mischief makers left with more than just memories, taking the ‘M’ from the ‘Kings Arms’ sign (with permission). It is now sitting proudly on the Mischief bar, although this does mean that the pub sign currently reads the ‘Kings Ars’. 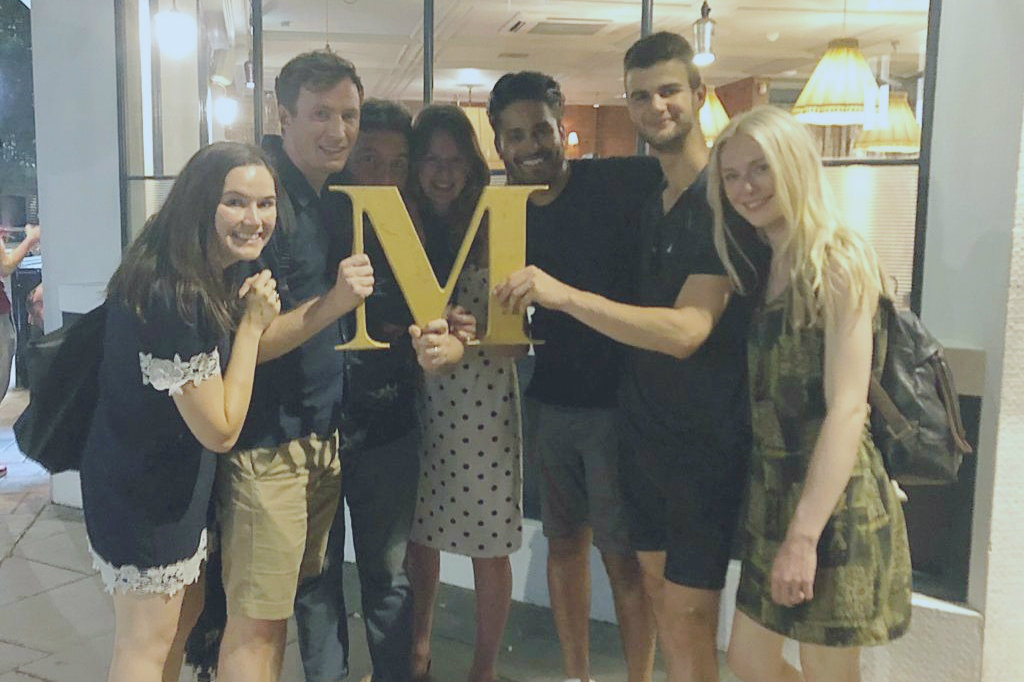 Meanwhile, Mischief’s RFPP process to find a new pub (reported by Flack in April) continues and the agency is currently undergoing a "lengthy and competitive" pitch process.

It is understood that the longlist of Fitzrovia pubs has now become a shortlist consisting of just eight pubs with the next stage of visits to the tenderers’ expected to swing into full force this August.

How to avoid zombies, ghosts and catfish

The Romans sure are a talented lot but Flack didn’t see this one coming. Creative Lucy Baker has just had a book published on the dos and don’ts of modern dating called Swipe Left.

The book was inspired by Baker’s comical YouTube hits that depict the challenges, pitfalls and hilarity of millennial online dating, such as ‘Don’t Send Girls Pictures of Your Penis’ and ‘Dating App Rap’.

The book points out that dating has dramatically changed from the days of being picked up at 7pm and taken to a bowling alley.

Today, "it’s about swiping and superlikes" - which Flack finds depressing.

"Singletons face a host of challenges from ghosting to orbiting and zombieing...in a sea of catfish" – now we’re talking.

Swipe Left is your ultimate guide to navigate the murky waters.

Baker swiped right on The Romans in January after swiping left on M&C Saatchi. 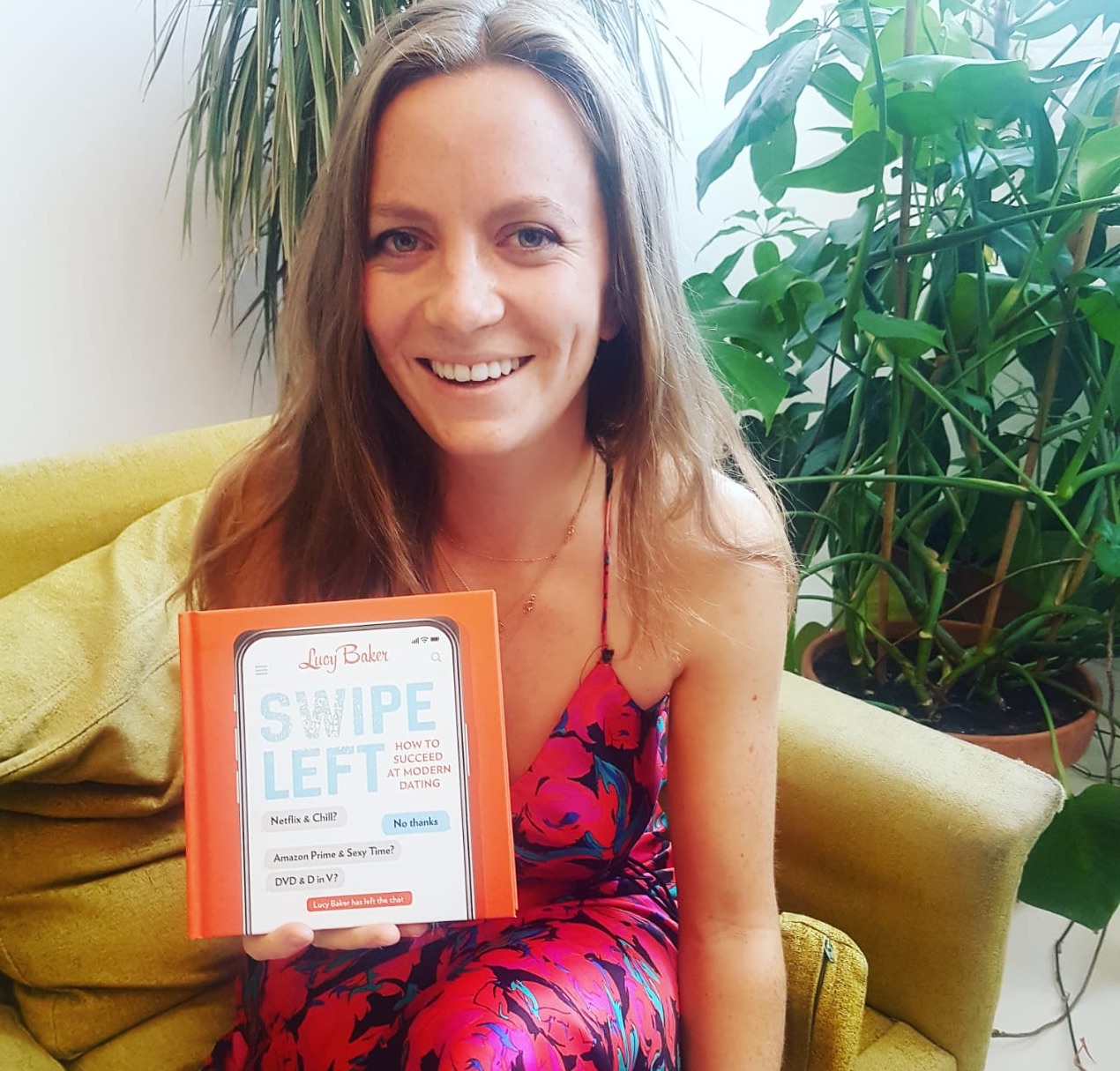 Brands2Life has continued supporting Ark Globe Academy – a school with more than 1,000 students that has turned itself around from a failing school to one that has seen 100 per cent of its students receive a university offer since 2017.

This year, the agency helped the school shape an inspiring story, centred on the career aspirations of students, that has been brought to life by an illustration "Globe Wings".

Each feather in the wings contains one of the jobs individually drawn by a student, and then coloured and combined into one huge graphic by the Brands2Life design team.

Flack will be on the lookout for the wings in a five-metre-wide installation near the entrance of the Southwark school. 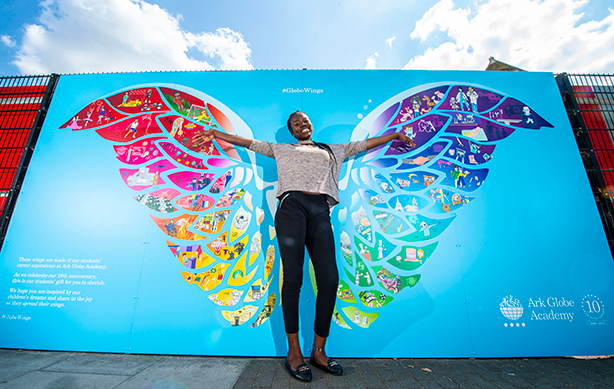 Not a fan, Colin?

I once hired a young Priti Patel. She worked for me for a couple of years. She made an OK PR person. Hard working. Now she’s the Home Secretary. She believes in bringing back the death penalty. What the actual fucking fuck?