Research by Nielsen reveals that Team GB is the sports team that makes the UK most proud and is most likely to inspire and unite the nation, with 64 per cent of people polled saying that Team GB brings the nation together.

Olympians Greg Rutherford and Beth Tweddle handed out Team GB papers (see below) on a tram in Manchester, filled with messages of unity and national pride. Other members of Team GB handed out the brochures to shoppers in Westfield London.

The concept of the campaign was devised by its Tokyo 2020 agency partner H+K Strategies, and its studio created the Team GB papers.

The campaign launched with a video that starts by pointing out that Brits can’t agree on much these days – not everybody watches Love Island or is into the cricket, and the nation is divided over Brexit, sauce preferences and a range of other things.

But that will all be forgotten at the Tokyo Olympic Games, for 17 'glorious' days, when Brits will forget about their differences and focus on "what makes us the same".

Other activations include a ‘Team GB Café’ that will offer refreshments and allow fans to soak up British Olympic highlights.

Skateboarder Alex Decunha and BMX rider Charlotte Worthington will take part in a showcase to celebrate the new Olympic sports at Tokyo, which include karate, sport climbing, surfing, skateboarding, BMX and 3x3 basketball. Baseball and softball are also making a return.

"Of all the research we undertake, the statistic that humbles us is that Team GB is consistently the sports team that the UK is most proud of. Team GB fans are different ages, come from different backgrounds and parts of the UK, but they are united by their support of the incredible British athletes," Team GB director of communications Scott Field said.

"Olympic sport has an unmatched ability to bring people from all walks of life together. With one year to go until the Tokyo 2020 Olympic Games, we are delighted to kick-start our campaign to help bring the nation together by reminding the UK just how great Olympic fever feels." 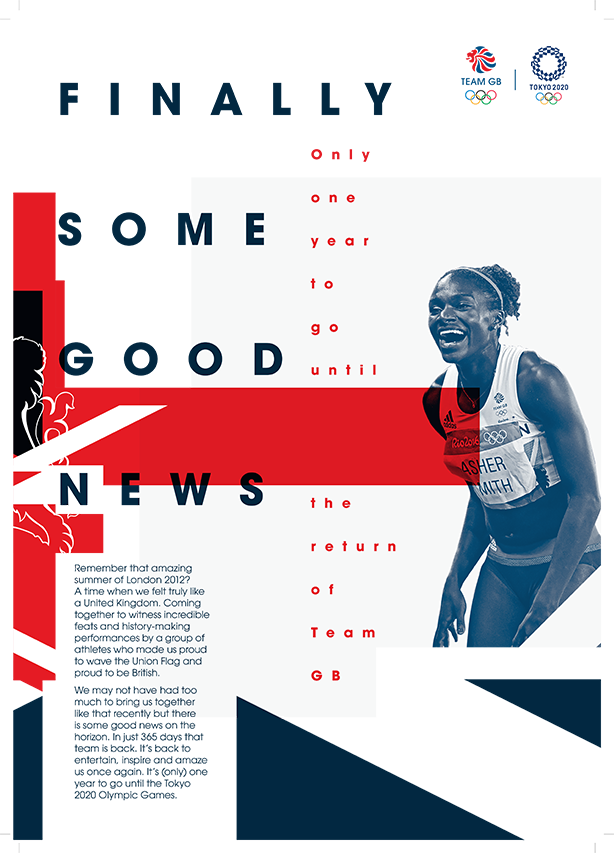