The Conservative Party membership has elected Boris Johnson as the UK’s prime minister – but as Theresa May discovered to her peril, getting into Number 10 is much easier than navigating a Brexit minefield and increasingly polarised nation.

In many ways, Brexit has come to define Johnson – an issue many commentators believe he has used effectively to chart a course into Number 10.

However, public affairs chiefs believes that his reliance on a hardline approach to Brexit could also prove to be his undoing in what some predict could be a "nasty, short and brutish" stay on Downing Street.

In the Tory leadership race, Johnson’s position on Brexit has hardened to the right of the party in an effort to court the 160,000 Conservative member votes he needed to take top office. But this approach has only caused rifts to further widen within his own party, and several public affairs luminaries believe his first – and perhaps most important challenge – will be to stitch together a Conservaitve party that has been ripped apart at several seams.

It’s a task that will require Johnson to not only muster, but also refine, his communication and leadership skills.

"His greatest communications challenge is not one that involves the media, but is a private, intensely political one - the conversations he needs to have behind the scenes within the Parliamentary Estate to keep as many MPs on side to hold off the threat of a vote of no confidence in his government," Pagefield chief executive Oliver Foster tells PRWeek.

"Boris has to learn from the mistakes of Theresa May, whose greatest failure as PM, and the most direct cause of her demise, was her inability to listen to and communicate with her own colleagues, pitching a tent that was too small to accommodate the broad range of views that were needed to give her Brexit deal any chance of winning through."

"On Brexit he will be negotiating an even smaller Conservative majority when he takes office and – with a new batch of Tory former ministers turned rebels – he will need to be able to convince them and middle Britain that he has the right plan," Anderson said.

"On bringing the country together – he talked a lot during the leadership campaign about his time as an outward looking internationalist Mayor of London. He will need to recreate that buzz, and quickly." 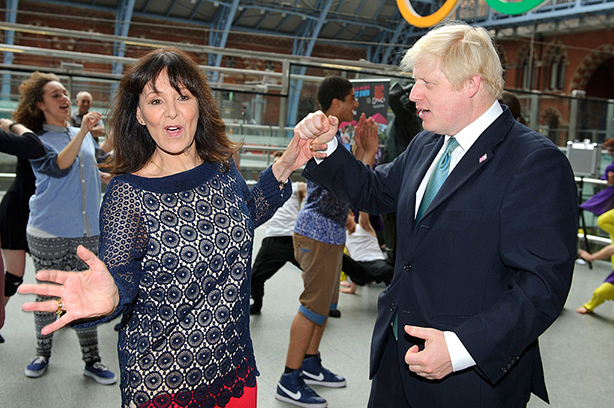 Johnson has been partial to dancing in public office, but can he master a pirouette? (Photo: Getty Images)

How good is BoJo’s pirouette?

Recreating that buzz could prove difficult and may require Johnson to adopt a new persona.

Nick Williams, Burson Cohn & Wolf managing director and head of issues and public affairs, believes Johnson will need to master a pirouette after years of "pandering to the Tory right" or become "one of the shortest serving PMs in history".

"The message he articulates in his speech upon becoming PM will give us a much clearer assessment of this," Williams says. "If he does conduct this about turn, the key communications challenge will be how he makes this move authentic."

WIlliams is sceptical the old Johnson approach of "using bluster and humour to get over difficult questions" will work effectively for the nation as it might have done with Conservative supporters.

"How can he square the well-documented comments he’s made with a bold pitch for the centre ground. After all, he has made winning the next General Election a cornerstone of his leadership credentials," Williams points out.

The answer, argues Williams, is that Johnson needs to become a true statesman and leader.

Put simply: "Being able to lead when people disagree with his views but demonstrating the courage of his convictions and his deep belief that his actions are in the country’s interests - not just his own.

But is Johnson capable of doing this? DevoConnect chief executive Gill Morris remains doubtful he can climb the constitutional mountain, while avoiding falling off a ‘no deal’ cliff edge.

"He has so many communications challenges to conquer I am not sure how he can survive," she says. "Will his buffoonery really work on the doorstep and keep him in Number 10? Will his lack of diplomacy bomb in Brussels? Has he got the skills to navigate a divided party and country to unity?"

Morris says Johnson will need to display extraordinary communication and leadership skills, and the Parliamentary numbers to avoid a constitutional crisis and a nasty, brutish and short tenure at Number 10.

"I am sure that there may be some master strokes and surprises in a BoJo cabinet in an attempt to demonstrate strength, mandate and unity. However, it is abundantly clear he does not have the Parliamentary numbers, confidence or time to turn things around...pigs might fly and I’m afraid he will miserably fail the nation."

Morris is not the only sceptical lobbyist PRWeek approached. Field Consulting managing director Lucy Holbrook said Johnson’s brash Brexit on October 31 at all costs approach is likely to result in a significant Tory backlash irrespective of how he plays it once in Number 10, and time is of the essence.

"While the new PM will do his best to appear confident and celebratory today, he knows that there is no honeymoon period awaiting him, and that the communications task facing his premiership will be incredibly tough from day one."

Here’s what other public affairs luminaries had to say about Johnson's challenges ahead:

"Our new PM will have a bulging inbox full of problems to solve when he arrives in Number 10. Chief among them will be how to communicate the series of compromises that are part and parcel of government life. Compromises are hard. They require careful stakeholder management – making everyone feel heard as they are being formulated without setting expectations too high. They require careful and precise use of language – both while they are negotiated and when they are exposed to public view. And they require constant reinforcement – helping those involved see their imprint in the outcome. Theresa May was undone by many things, but arguably her failure to manage the expectations of the hard Brexit flank of her party was key to her demise."
Jessica Frost, senior MD and co-head of public affairs, Teneo UK

"Boris Johnson’s team are likely to have to work harder than most. Their principal has strengths to his name; not least that he is a born communicator with an instinctive feel for the public mood. But those who have worked with him most closely will attest that he prefers a detail-light approach alongside a tendency to avoid difficult conversations where he can. In an institution like Number 10 - which is supervisory in its nature rather than delivery focussed - this is a recipe for inertia at best and chaos at worst. [One area he must focus on] is to put some rocket boosters under the Government press operation."
Nick Hargrave, director, Portland and former special adviser to David Cameron and Theresa May

"Boris’ major comms challenge in office will be how he can get some kind of changed Brexit deal with the EU when the bloc’s incentive to help one of their chief scourges will not be high. Also how he can sell these changes to his Parliamentary colleagues as being substantial enough for the Brexiteers that held out under May and the DUP for them to side with him. At the same time as not pushing away the increasing number of soft Brexiteer Conservative MPs (particularly those with axes to grind after having left Government)."
Robert Russell-Pavier, partner in public policy, Instinctif

"The biggest immediate challenge for the new PM will be to ensure that he can count on the support of Conservative MPs and command a majority in the House of Commons. Off the back of a divisive campaign, and with a major reshuffle bringing campaign promises, and individual expectations home to roost, the first few days of his Premiership will provide the first critical test of his political and personal."
Emily Wallace, Partner, GPLUS

"Any new Prime Minister faces a challenge in communicating and establishing their own personal imprint on the office. In the current set of circumstances that task would seem to be an almost impossible one. It is difficult to think of a time perhaps since the Falklands War when communicating internationally to potential partners and foes as well as relaying that narrative to a domestic audience was so key to the domestic political success of any PM let alone one who is fresh in the role. With foreign governments seeking to understand how the new UK administration will position itself against a range of issues on the world stage...Boris will need to be seen to communicate in a statesman like manner given his perceived past failings on the matter of British nationals in prison there."
Stephen Day, partner and senior managing director, FTI Consulting

"Boris has been around for a very long time and he’s been popular and unpopular across the nation for many years. Such a huge chunk of people have a very set view on him and changing that through comms could prove very difficult. It’s like turning around a tanker in terms of how people see him. Trying to unite the country could prove near impossible, he could struggle to unite his own party. The Tory MPs we’ve spoken to are willing to give him a chance, but he won’t have very long."
Mark Lefty, senior consultant, Powerscourt

"Johnson’s leadership campaign successfully consolidated support among Eurosceptic Tory MPs and the membership but has left him with next to no room for manoeuvre in Parliament as we approach October 31. His hardened stance on a ‘no deal’ Brexit has exasperated those he needs to win over. His task is significant, and potentially impossible. Hamstrung by Parliamentary arithmetic, he needs to make one hundred right moves in a row. This will require tenacity in leadership, good planning, effective communication and shrewd negotiation. Part of getting this right will be picking the right advisers. Johnson cannot afford to be tunnel-visioned; so he must choose a careful blend of technical brains (like Nikki da Costa) and challenging strategists who bring new thinking."
Emma Petela, director, GK Strategy