In a statement to PRWeek, Ian Rowley, the University’s director of engagement, admitted that its disciplinary processes "need to adapt".

This includes looking at the role of investigating officers "and providing specialist expertise, training and support to all those involved undertaking these complex and sensitive processes".

He stated: "We will not involve members of staff from the Communication function in these processes in future."

Rowley said: "Sexual harassment or misconduct of any kind is completely unacceptable. Regarding the events surrounding the group chat we acknowledge that we made mistakes, including in how we communicated with the victims, and appreciate people’s faith in Warwick may have been shaken as a result."

He confirmed that the move has been made as part of a major overhaul that is taking place of the role and function of comms in dealing with serious allegations involving students and/or staff.

This has been prompted by last year’s case, in which a group of 11 male students used a Facebook group chat to share abusive comments and fantasies including some about violently raping their female peers.

Peter Dunn (pictured below), director of press and media relations at the University of Warwick, was appointed as the investigating officer into the subsequent complaints, despite his responsibility for safeguarding the University’s reputation.

He is alleged to have added to the distress of female students who complained about the rape threats by subjecting them to an "accusatory" and intimidating interrogation.

The allegations, made in a BBC documentary last month, included Dunn reducing one woman to tears after interrogating her about her sex life and going through distressing details of the violent rape threats made against her. 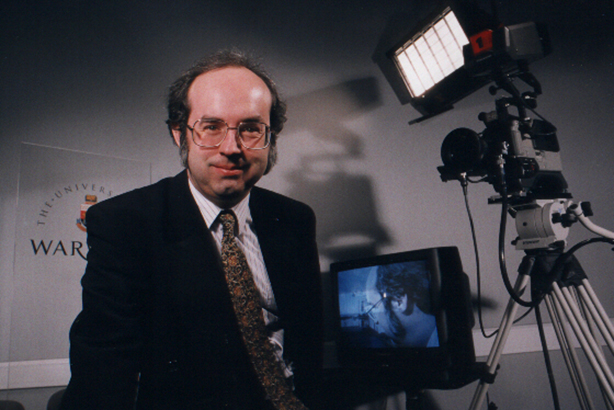 The 11 men involved in the group chat were temporarily suspended and Dunn's investigation resulted in action being taken against five of them.

One was given a lifetime campus ban, two were banned for 10 years, subsequently reduced to one year, and two were excluded for one year.

Peter Dunn, @warwickuni’s Director of Press and Media Relations, "went through every single boy [accused] and said, have you ever slept with this boy?" Utterly shameful victim-blaming. This man is unfit to work with vulnerable students. https://t.co/eHAvoJu5Oj


Dunn has spent the past 30 years working at the University, where he started out as press and media relations manager in 1989, before being promoted to head of comms in 2000. He has been in his current role for the past five years and PRWeek understands that he remains in post.

The 'rape chat' controversy has damaged the University’s reputation, after publicity about failings in the way the complaints were handled, which resulted in hundreds of staff and students staging a protest march earlier this year.

Legal action is being taken against the University by two of the victims, and the University has given itself 18 months to put its house in order in the wake of the scandal.

The review stated that "there was a profoundly unsatisfactory outcome for almost every single person involved".

It called for thinking about different ways of communicating with those involved in the disciplinary process "so expectations are clearer, and both complainants and respondents can participate effectively in the proceedings".

Its key recommendations included that the University consider a "protocol for communication with victims and respondents" and that "sexual misconduct and other serious cases must be investigated only by investigators with specialist skills".

One of the main issues raised by participants in the review was for "more 'authentic', ‘victim-centred’ communications that recognised the harms done, both to particular victims and more widely".

There was also "from many, the sense that, throughout, the University had been more concerned with its own reputational interests than in a fair or just assessment of the case".

The review stated that the University should consider the "cumulative effect of communications, and whether they have been consistent, fair and sought to address the concerns being raised".

The University’s action plan, released alongside the review’s findings, stated: "It is clear from Dr Persaud’s report that we made some mistakes and we apologise for this – in particular, in how we communicated with the victims."

It added: "In 18 months’ time, we will have overhauled our processes, how we manage our work, and how we communicate with all those concerned in cases such as these."