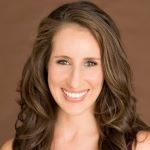 Maltin started in the role on July 1, according to a representative from the nonprofit, which declined to disclose additional information.

Previously, Maltin was a partner at Schireson, a data science consultancy. She has also served as SVP of marketing innovations at A+E Networks and SVP of global partnerships at Nickelodeon, among other roles, according to her LinkedIn account.

"Sesame Street," which is celebrating its 50th anniversary this year, works with agencies DKC and SKDKnickerbocker.

Sesame Workshop’s website describes its mission as helping children "grow smarter, stronger and kinder." The nonprofit has a presence in more than 150 countries, where it works with children through media, formal education and philanthropically funded social impact programs.