Danny Rogers If we look at the winners of Cannes Lions, and great brand campaigns at the moment, although they’re earned-media ideas at the core, it’s still often ad agencies coming up with those ideas. Isn’t this an existential crisis for ‘PR’ professionals?

Jo Carr (JC) The ad agencies have realised the future is earned media and they’ve gone in with a big sell. PR agencies are behind in going to chief marketing officers (CMOs) and saying… "Earned is having its moment, you should be doing PR-led campaigns." I’ve been in presentations in recent months where the ad agency said "We need a ‘Fearless Girl’, we need a this, we need a that", citing brilliant, talked-about, earned-first campaigns.

James Herring (JH) Ah, but the ad industry has a huge amount of catching-up to do to understand how it is to come up with an idea credible enough to cut through into conversation without millions of spend behind it.

Warren Johnson (WJ) With that in mind, should we not all be trying to be wildcard agencies on ad agency pitches, then?

Frankie Cory When they leave Cannes each year the traditional ad agencies are saying: "We need more PR within our businesses"; they are recognising the need for earned media. I don’t think it’s a threat, but the partnerships have to get stronger and we must get better at working together. The PR industry needs to skill up so we can enter that conversation and credibly sit round the table.

Charles Tattersall Ultimately, we’re massively paranoid and [have] chips on our shoulder. At the end of the day, a client comes to you with a brief and a problem, you try to solve it, best idea wins… We’re probably too hard on ourselves. The PR industry is highly creative, we understand authenticity [and] what works with consumers. (Below, left to right: Johnson, Cory, Tattersall) 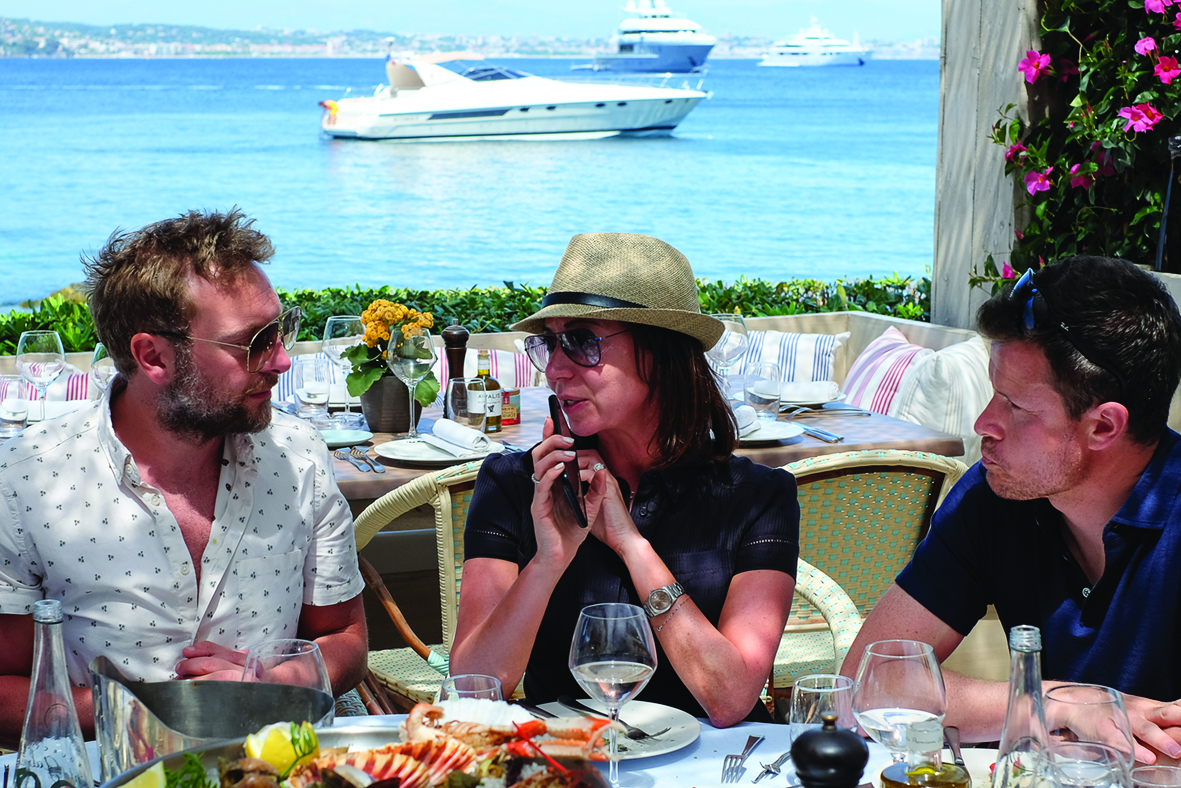 Peter Mountstevens, managing partner, Taylor Herring (PM) We had dinner with a CMO last night who said ad agencies… are coming to her and pitching the news headlines. She also said nine out of 10 times, they’re way off the mark. So in terms of earned-first creative we’re still leagues ahead, but there is a land grab for the big ideas among the different disciplines.

The challenge is also how integrated clients are in the first instance. This client had media sat next to PR, next to social, next to the creative team – that’s incredibly rare, but when you do get that cohesion you know PR has a fair crack of the whip in terms of leading campaigns, simply because the ideas get to be heard. The upshot is that our clients need to evolve just as fast we do.

Lizzie Earl I agree… I’ve worked in-house and if they’re not integrated it’s impossible for someone like a PR agency to come in and integrate them. PR is more complex than other practices. We have to solve problems. When clients come to us now, we don’t pitch them a PR campaign, we just pitch them a campaign… but don’t put [PR} as an add-on… We make it part of the whole campaign.

JH If the gold standard is to create talked-about marketing, the best integration is PR-led. PRs know how to build campaigns that are not overly branded; we have to get it through the toughest gate-keepers – journalists. On social media, everyone is a gate-keeper. The same skills apply.

For integration to work PR must sit at the core of the brand’s marketing machin-ery. Integrated campaigns require stability and consistency across the brand. Some brands are consolidating their agencies… but all too often others struggle to bring the teams together and sometimes their departments sit in separate silos. At their core, PR agencies understand audiences far better than those who are just pushing paid content and this should be the driver of any integrated campaign.

PM Everyone says they are an integrated agency, but only a small percentage are working on truly integrated campaigns. PRs still tend to talk to comms directors rather than CMOs. Access is improving fast, but for many PR still an after-thought. It’s great to see PR agencies investing in creativity, but to compete fully we also need to invest heavily in the kind of strategic planning that has been adland’s bread and butter.

David Fraser Talking to someone at the festival who works for a creative agency, I asked: "Why don’t you think PR agencies can get in?" She said: "You don’t talk to the person far enough upstream… you’re not talking with the proper budget-holder and, generally, you’re too tactical – a client wants to buy ‘the big thought’." I think planners are ever-more crucial to answer this challenge. (Below, left to right: Rogers, Fraser, Herring) 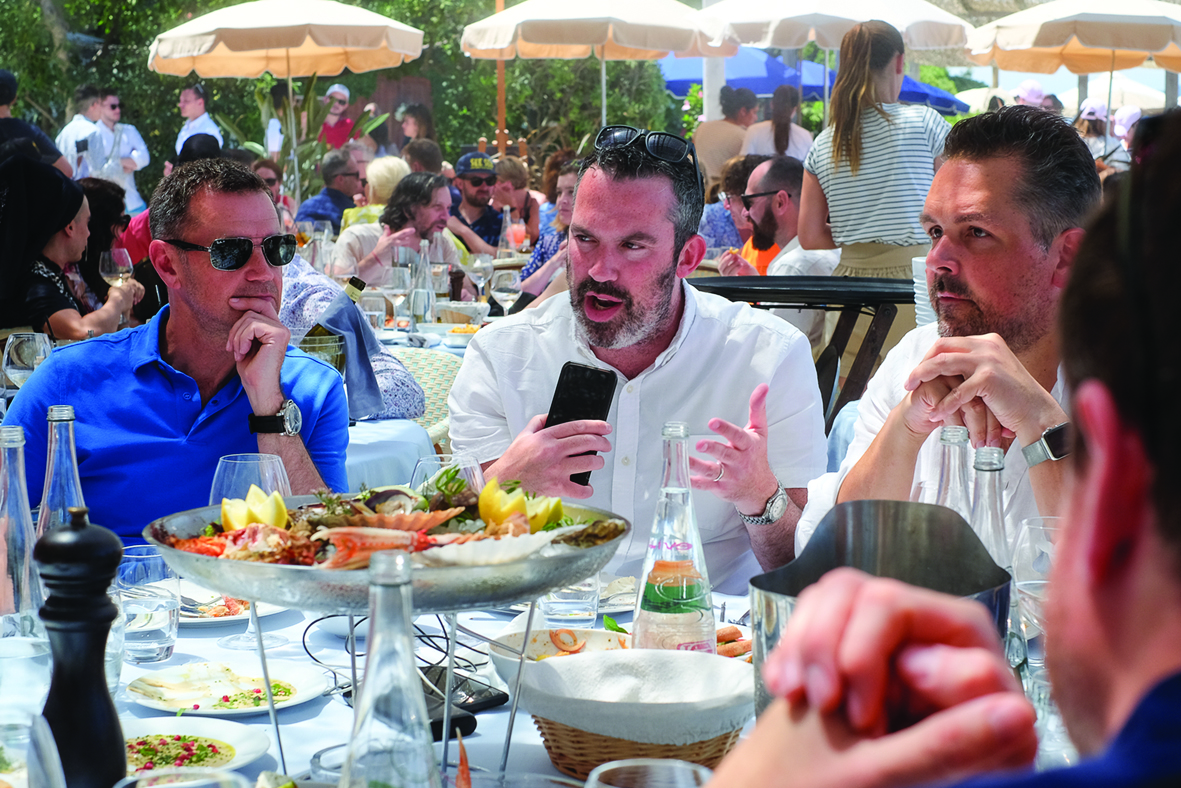 JC Yes, the planning piece is critical because, as an industry, we rely on our gut and our gut instinct behind ideas. If you’re a CMO you want to see the data, the science, and we’re not very good at that.

WJ The challenge with strategic planning is that you either do media planning or you do consumer planning – both of which assume you either have a media budget to use or a consumer to directly engage with, neither of which we are privy to. Now, if we could pioneer earned-media planning, that would be really, really interesting, but that needs to be about evolving things from within our industry rather than buying people in. Or, to go back to your point, getting generalists that are OK at planning and giving them a bit more credibility.

We really need to go beyond integration, as integration essentially requires us to execute someone else’s idea. Given the fact that earned media is now the dominant media form, we should be running campaigns ourselves, rather than letting the ad agency, media planner or buyer take the lead. We should do that by fetishising the value of earned media in the same way that ad agencies have done for a 30-second TV spot in perpetuity.

JH Ad agencies present a credible threat to the PR industry because they themselves are under threat. They are having the existential crisis. People don’t want to be disrupted by ads. So they have to create campaigns the public will want to engage with – and that requires news media to get behind them. To win in this space, PRs must be creating the strategy, and must always be on to evolve, [to] build upon the creative.

Mark Perkins While we’re talking about advertising changing and bought media not having an impact, earned media is shrinking. People are not watching BBC Breakfast [or] reading The Sun.