HelloFresh, the meal delivery service that sends fresh ingredients and recipes to people’s doors every week, has appointed Mischief as its retained consumer PR agency, following a competitive pitch. Mischief’s team – led by Director Katie Beeton - will provide proactive and reactive press office support for the meal-kit service, helping to cement its position as a leading player in the increasingly dynamic sector. HelloFresh was launched in 2011 with a mission to change the way people eat. Nine years on, it now delivers 54.7 million meals to more than two million households across 10 countries.

Specialist hospitality, food, drink and travel agency Fleet Street Communications (FSC) has appointed Ed Whitehead as associate director at its Birmingham office. Whitehead joins from Engine Sport, where he was communications director, leading UK and European marcomms work for Under Armour. Before that, he spent a decade at freuds, where he played a senior role on major sports, lifestyle and influencer campaigns for brands including Nike and KFC. Whitehead said: "I’m thrilled to join Fleet Street. There’s a real buzz around Birmingham right now, so it’s a brilliant time to be in the West Midlands." His appointment follows a brace of hires in FSC’s London office – senior account manager Jack Evans joins from Fraser Communications, and Tashia Cameron joins as account manager, a CIM-qualified marketer and publicist who has managed a wide portfolio of both consumer and trade campaigns.

Tech PR firm Context Public Relations has hired Sarah Boyle from international agency McCann. Prior to her two-and-a-half years at McCann, Boyle worked at Twentyfour 7 PR and SKV Communications in Manchester. She will be working for clients in the fintech, enterprise IT and IoT sectors. Boyle said: "There’s plenty of exciting client work and new business opportunities in the pipeline that I’m already involved with, so the first few weeks here have been really productive." Frank Smith, managing director at Context, said Boyle will play a key part in the agency’s future.

Jonathan Hughes, CEO at Golin, has been appointed to the PRCA Board of Management. Hughes returned to the UK last year after six years in Asia, and now oversees all international offices across EMEA and Asia from the London office. Hughes has been Golin’s CEO for two-and-a-half years, and before that was the agency’s president. Hughes said: "Now more than ever, public relations with its inherent, earned-first approach is proving itself to be one of the most effective tools at driving impact for brands and organisations." Francis Ingham, director general at PRCA, said Hughes’ international experience will be invaluable to the association. 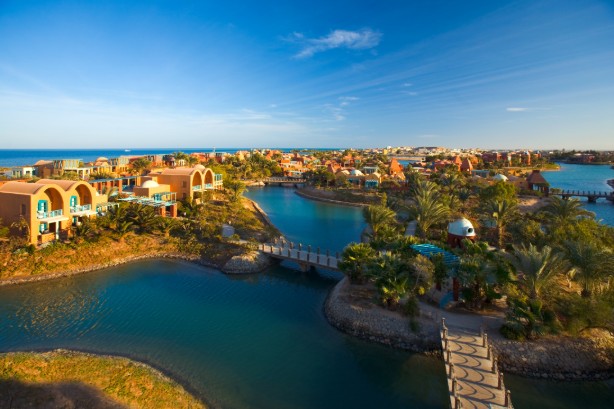 Orascom Hotels Management has appointed Rooster PR to handle all consumer and trade PR, and raise awareness of the brand and its growing hotel and destination resort portfolio within the UK market. The agency has been tasked with building awareness of the company’s portfolio, consisting of 34 hotels, in five countries across three continents. In addition to highlighting new resorts like Luštica Bay in Montenegro, and existing ones like El Gouna in Egypt (above), Rooster will also communicate Orascom Hotel’s brand story and mission through a thought-leadership programme and media-briefing events. Rooster MD James Brooke said: "Having worked successfully with Orascom Development from 2009 to 2014, it’s a real honour to have been appointed again and to a much wider brief that encompasses a stunning collection of destination resorts."

Black Diamond has been appointed by Visit Dana Point for a brief that will focus on building awareness and desirability to drive visitation to Dana Point. The city in Orange County, Southern California is famous for its 6.5 miles of coastline, an ocean-view golf course and beaches for all surfing abilities. Visit Dana Point will also travel to the UK and Ireland next month as part of the Visit California 'sales and media mission' organised by the agency. Jonny Westom, executive director at Visit Dana Point, said: "We're thrilled to announce the appointment of Black Diamond to build awareness of Dana Point in the UK and Ireland and promote the diversity of what we have to offer in the region." Black Diamond MD Guy Chambers said the agency was looking forward to showcasing the destination to new UK travellers.