The campaign, by agency partner Mischief, attracted about eight million video views with minimal paid support and achieved 993 per cent of the campaign’s target for click-throughs to the new kit.

Clubs are becoming increasingly creative with kit launch videos and this season has already seen a popular launch video for Arsenal – although this was followed up by a hijacked Twitter activation. There's little doubt the Saints launch has generated the most positive critical acclaim and fanfare.

Southampton outlined three objectives in its launch: creating a campaign that drives record social engagement for the club (more than four million views), mass awareness for the launch and a minimum of 1,000 click-throughs, and achieving fame for Southampton FC outside of sports titles and regional media.

"We knew the idea had to be content-led to drive sharing, but also tie into a larger pop culture conversation if it was going to break out of football kit launch conventions and make big noise for a smaller club that prides itself on doing things differently. We turned to one of the most discussed pop culture moments of 2019 to find our inspiration," said Charlie Read, head of brand and marketing at Southampton Football Club.

To achieve this, Southampton FC and Mischief drew inspiration from one of the biggest Netflix documentaries and watercooler moments of the past year – Fyre: The Greatest Party That Never Happened, which had accumulated more than 20 million views on its first month of release and stirred plenty of debate in the PR industry. 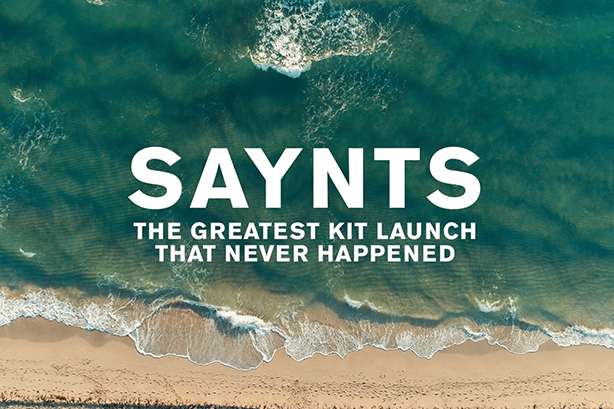 "Our approach was to buck football kit launch convention and spoof Fyre, turning Saints into Saynts and creating a mockumentary: Saynts: The Greatest Kit Launch That Never Happened. This meant creating conversation and coverage far beyond the sports pages and turning a set of new shirts into an unmissable talking point," Read added.

The mockumentary followed an exuberant marketing executive MBilly McFarmer (played by actor Tom Stourton) who comes to the club with an idea no-one has had before – to put a Premier League kit launch on a desert island.

A couple of swipes at other Premier League teams (and Portsmouth) later, and he arrives at club stadium St Mary’s to try and win over Southampton FC.

The video stars Saints manager Ralph Hasenhüttl and his staff, who are quick to shoot down McFarmer and his ridiculous kit reveal idea, which included Matt Le Tissier themed ‘Matt Lettuce’ and ‘Cheese Høj-burgers’ for catering. They eject McFarmer from the pitch, before returning to the kit reveal moment of the trailer one last time to launch pre-orders for the club.

The video received wide acclaim from the sports press, footballers and fans like, but its appeal moved beyond the football community.

There were 36 pieces of earned media coverage, including media outside of sport and football, such as BBC Sport, the Mail Online, BBC Radio 5 Live, JOE.co.uk, Sports Illustrated, Daily Echo, SportBible and more.

It also generated coverage a buzz globally, with articles appearing as far away as the US and China. 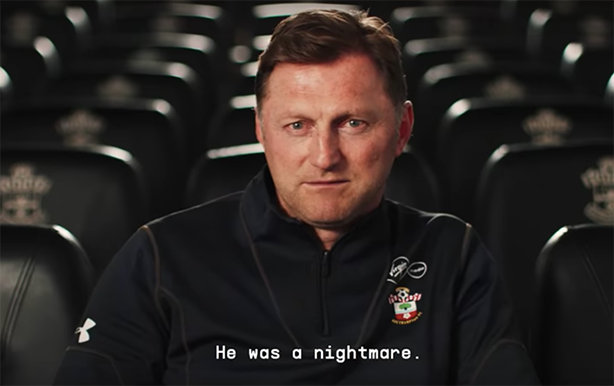 Achieve fame for Southampton FC outside of sports titles and regional media: Earned media coverage spread beyond football and sports titles into national media with 95 per cent positive coverage.

Drive mass awareness of the club’s kit launch in the UK and abroad: The campaign achieved coverage across key markets for the club, including the US, China and more – with the video content delivering more 696 per cent of its targets in consumer click-throughs to the landing page for new kit pre-orders. It even drew praise from Brazil and Real Madrid legend, Roberto Carlos. 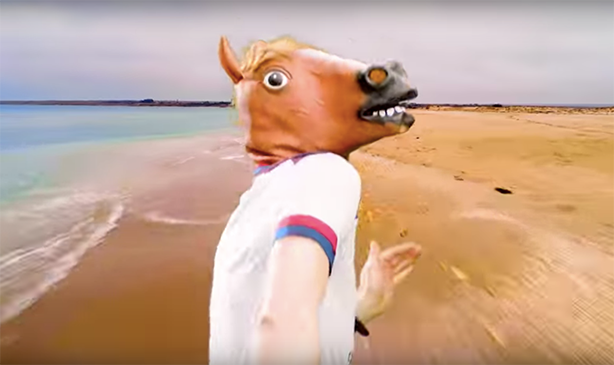