Savencia Fromage & Dairy, a global supplier of cheese and dairy brands, has appointed Clarion Communications as its UK PR agency for blue cheese brand Saint Agur (above). The agency will launch an influencer campaign to promote Saint Agur’s partnership with chef Raymond Blanc, as part of a larger remit of consumer media relations. The activity is designed to demonstrate the product’s versatility and raise the brand’s profile in the UK in the run up to Christmas. Severine Courtioux, brand manager for UK and Ireland at Savencia Fromage & Dairy, said the Clarion team showed creativity, enthusiasm and a great knowledge of the industry. Amanda Meyrick, CEO at Clarion Communications added: "We’re thrilled to be working with Saint Agur and looking forward to working on a great campaign."

Consumer accounts go to the WIRE

Glasgow-based creative comms shop WIRE has won a campaign brief for whisky brand Old Pulteney. The agency will deliver a full earned-media campaign, plus a creative communications and content campaign for another IBHL single-malt whisky, anCnoc. Wire has also been appointed by guitar retailer, guitarguitar to deliver a nationwide consumer and corporate PR campaign to mark their 15th anniversary. Lee Beattie, director at WIRE said: "These are significant new business wins for the agency in two core areas of our agency DNA – drinks and music. We’re excited to start telling more of their stories." Samantha Peter, global digital, PR and communications manager at IBHL, added: "I was introduced to WIRE through a recommendation and they have not disappointed. Strategically, they quickly understood what we were trying to achieve and developed fresh thinking that translated to actionable PR plans."

Diffusion checks in to refurbished hotel 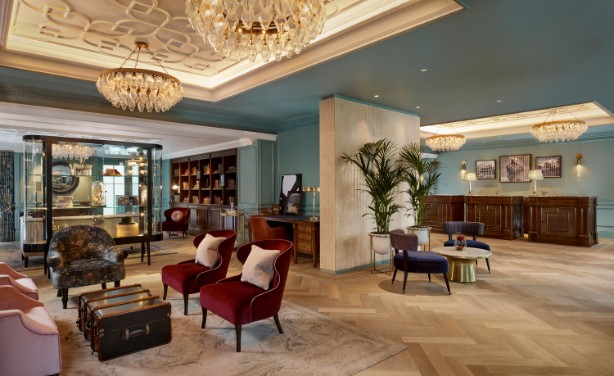 PR and comms agency Diffusion has been appointed to launch the new 100 Queen’s Gate Hotel (above) in London, following a competitive pitch process. The agency has been retained to lead an integrated consumer, social, influencer marketing and travel trade PR campaign - and position the refurbished hotel in the heart of South Kensington as an exciting contemporary landmark for curious travellers. Retaining much of its original 1870s architecture, the 228-room hotel is the latest addition to the Curio Collection by Hilton. Lesley Bonner, director of UK revenue sales and marketing for the hotel owner Crimson Hotels, said: "Diffusion impressed us with a strategy that was focussed on driving measurable commercial revenues via a series of creative activations that make the most of our brilliant location."

Basware, a networked purchase-to-pay software and financing services provider, has appointed Good Relations to launch a new thought leadership initiative. The PR brief will see the agency work alongside Basware's global marketing team to connect finance and procurement decision-makers with the ‘Visible Commerce Initiative’, a call to action to embrace technology and data to create a stronger, more responsible economy. Good Relations will support Basware to focus on the development of an effective thought leadership campaign alongside a messaging and communications framework to boost Basware's reputation within the finance and procurement industries. The team will be led by James Ralph, director, business and corporate practice. He said: "The concept of ‘Visible Commerce’ is an exciting one, and highly relevant to the business decision makers looking to make effective and ethical business decisions."

British beauty and wellness brand The Organic Pharmacy has appointed luxury lifestyle agency, Seven Dials PR, to head up their global public relations, communications, and social media strategy. The pharmacy is a London-based manufacturer of cosmetics and supplements that are currently available in 36 countries. The brand is also known for its clinic-in-store concept. The Organic Pharmacy will work with Seven Dials as their strategic communications partner. The company’s managing director, Daniel White, said: "At such a pivotal time for the brand it was extremely important to choose a PR partner who understands the brand’s unique offer and positioning." Seven Dials’ CEO, Simon Kelner, added: "We are excited to see the brand grow from strength to strength within the UK market and overseas."