At the Cannes Lions Festival of Creativity, the tobacco giant Philip Morris International faced a public backlash over its inclusion on the Cannes Lions ‘Good Track’ alongside the likes of Sesame Street, the UN Women and Greenpeace.

The festival organiser’s decision to take Big Tobacco’s cash ahead of the integrity of a CSR-styled conference stream may prove costly for the credibility of future ‘Good Track’ programmes, but I have a more pertinent question for Philip Morris that it has failed to answer.

How can you promote a "healthier future" for smokers on a beach in Cannes while at the same time sell cancer in Bali?

Let’s be clear, I don’t have an issue with Philip Morris International’s (PMI) attempts to move smokers onto less harmful products – even if this is less about altruism and more about repositioning the brand in markets where smoking is in sharp decline.

But you cannot preach a ‘health’ message in the West and public that you don't want people to smoke, while at the same time aggressively market cigarettes in the East because tobacco marketing rules are more relaxed and smoking remains a popular, profitable and deadly pastime.

A bold move in battle for 'smoke free future' 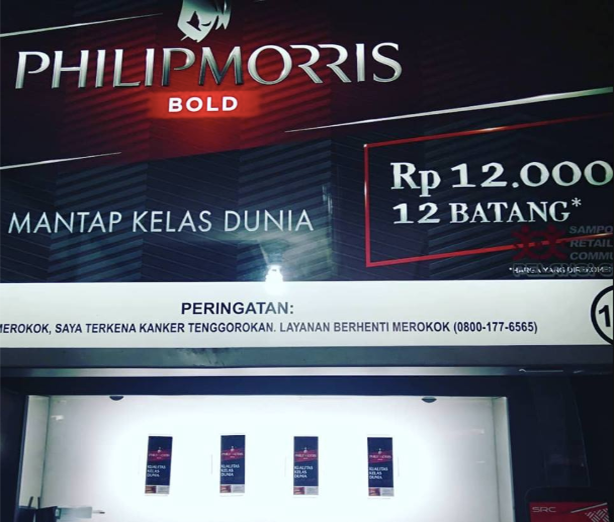 It’s not just advertising cigarettes that is the problem with Philip Morris’s ‘smoke free future’ message.

In March, the company launched a new brand of high nicotine, high tar cigarettes in Indonesia called Philip Morris Bold. I understand they being sold in other markets, at least in the Philippines according to posts I've seen on Facebook.

When PMI says it is respositioning as a technology company – does that include developing new and more dangerous incarnations of cigarettes in countries that are hooked?

The fact is: smoking is a critical health issue in Indonesia, which has a relatively high mortality rate of young smokers. I have witnessed this for myself. On a past visit to Indonesia, I saw children, who could hardly have been of a primary school age, puffing away on cigarettes. It is unlikely many of them will grow old enough to enjoy a 'smoke free future'.

Phillip Morris says it produces 800 billion cigarettes each year, while the UN reports that half of their customers will die as a result of smoking.

Globally, there are 8 million cigarette-related deaths each year and 80 per cent of the 1.1 billion smokers live in low- and middle-income countries, where the burden of tobacco-related illness and death is heaviest.

If Philip Morris was serious about a ‘smoke free world’, why does it continue to push cigarettes and new brands of cigarettes in the countries where smoking causes the biggest health problems?

Surely these are the countries they would target first if they wanted to stop smoking.

A brand cannot be taken seriously if you have one set of marketing messages for the West and another set for poorer countries in the developing world, particularly when the biggest impact you could have is to abolish cigarette advertising in Asia, not Cannes.

PMI is not the only large corporate that doesn’t always practice what it preaches. 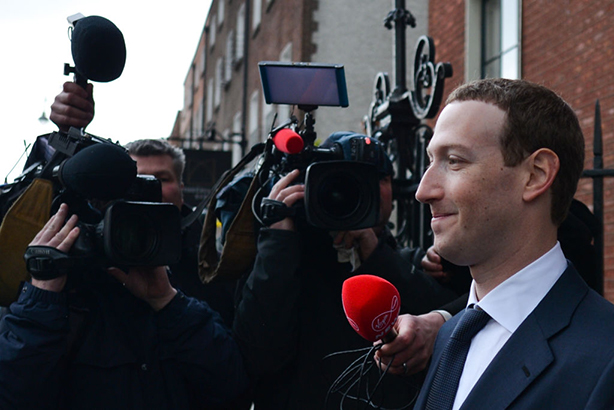 Zuckerberg's promises to US politicians are far cry from his legal team's claims in a US court. (Photo: Getty)

Facebook has spent much of the past year apologising about a myriad of data and privacy cock ups. Its CEO Mark Zuckerberg told the US Senate’s Judiciary and Commerce committees and House Energy and Commerce Committee that ‘"we have a broader responsibility to protect people’s privacy".

In other words, users – and not Facebook – are to blame for breaches of privacy on the social media platform.

So what is one to assume – that Facebook’s promise to protect user privacy is just spin when their legal position is the complete opposite?

PRWeek has written previously about Facebook’s attempts to deny and deflect any criticisms about how it operates and I’ve had several dealings with them in the past where I knew what they were telling me was just bullshit but a corporate line their were towing from Menlo Park.

But here’s what I don’t get – why bother deceiving people at all?

We all know tobacco companies sell cigarettes. Although pressure on their business model in developed countries might compel them to try and promote newer, less harmful alternatives – there’s no point in promising something you cannot deliver (a smoke free world) when you continue to rely heavily on consumers in developing markets being big smokers.

In Facebook’s case – just come clean and tell the public that when push comes to shove, the company doesn’t really care about user privacy because users are receiving a free product and Facebook derives almost all of their income from advertisers.

In both cases, a bit of honesty isn’t going to bring either company down, but continuing to play this game of smoke and mirrors just destroys your credibility.

In an era where social purpose (and woke-washing) has become fashionable in marketing, you can be sure there is a heightened level of media and consumer scrutiny over brands that do not live up to their corporate promise.

Brands need to stop treating consumer like mugs with their spin and corporate double-speak. Authenticity now is more important than ever before, and brands that ignore this, do so at their peril.

Arvind Hickman is the news editor of PRWeek UK.