Golin's Chicago office picked up one Gold and one Silver PR Lion for Big Mac 50th Anniversary for McDonald’s. It is jointly credited with idea creation alongside McDonald's Chicago.

Rang-Tan for Iceland Foods had a joint idea creation credit for Weber's Manchester office and Taylor Herring, the London-based independent - both win a Bronze. Weber also won a Bronze Lion for Railroad Ties for Ancestry - credited to the New York office - and another Bronze for Victory Fridge for ABInBev. The latter campaign is credited to Weber Shandwick/3PM.

Edelman wins a Bronze Lion for Sonos NASDAQ Bell (below) by the Los Angeles office, and another for Old Milk for Coop from the London office. It has idea creation and PR credits for both campaigns.

Aflac supported by Carol Cone On Purpose won two Silver Lions for My Special Aflac Duck, in the technology and corporate reputation categories.

None of the other Lions-winning campaigns have PR agencies listed for idea creation, although several PR shops have PR and other credits. In total, 55 awards were given in the PR Lions category.

Since 2017, agencies credited with work outside idea creation - including PR - have been deemed Lions winners.

The PR agency with the biggest PR Lions haul - regardless of whether they have been credited with idea creation or something else - is Weber Shandwick, with four: three Bronze and one Gold (including those credited to Weber Shandwick/3PM).

Next is Ketchum (two Silver and a Bronze), followed by Golin with two PR Lions (one Gold and one Silver), Porter Novelli (one Bronze and one Silver) and Edelman (two Bronze).

The Grand Prix winner – The Tampon Book: A Book Against Tax Discrimination – targets the problem of tampons in Germany being taxed at the top rate of 19 per cent, which is higher than many other products.

Books are taxed at seven per cent, therefore, to highlight the disparity, the campaign saw tampons sold inside a book at the lower rate. The book, which contains information about the issue, sold out within a day, shifting 10,000 copies.

Idea creation and other credits for the campaign went to WPP creative agency Scholz & Friends of Berlin.

PR Lions jury president Michelle Hutton said: "The Tampon Book is a great example of modern communications. It combines creativity with the craft of PR. It represents a callout to the craft and industry of PR to work closer with the creatuive community, because when they work hand in hand, this is the type of creativity that can be produced.

"We're also hoping it will be a call to other entrants to enter the underweighted categories in the PR Lions that are underrepresented, such as Issue, Crisis Management and Employee Communications. This is where our craft can really come to life in Cannes."

The first was the local nature of entrants. "We saw that work is local, from markets facing extraordinary challenges. The world is fearful, and we saw brave companies and brands stepping up in partnership to create conversations and global movement and change."

The second theme is of media brands "fighting back". "With everything being discussed about greater press freedom, it was great to see media brands from around the world standing up and starting conversations."

The third, and unsurprising, theme is purpose. Hutton (below) stated: "Purpose is not just a CSR activation, it was put at the heart of the camapign and we found that extraordinarily important." 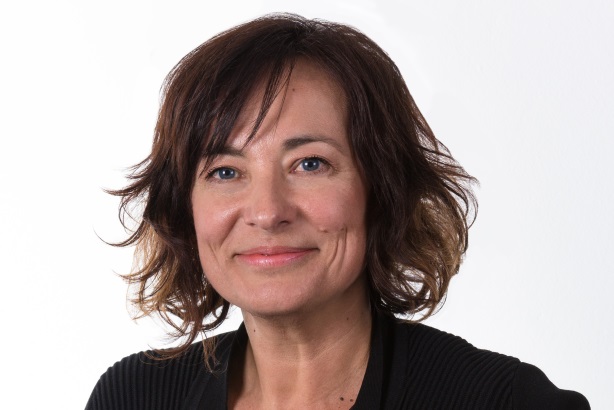 Work was submitted from 67 countries, with 1,857 entries overall, down 12 per cent on the previous year.

Hutton said the jury had "some tough debates", adding: "We've landed with a body of work that will send a clear message to the marketing services world, and business generally, about why our path matters."

She explained: "We came into this festival knowing it was our opportunity to reset PR at the Festival. We've looked for is PR as a craft. PR is a craft, not a channel. And it's a craft that matters more today to businesses and brands and society."

Below is a rundown of wins by PR agencies where they have been credited with handling PR.

Ketchum picks up a Silver Lion for Life Lolli for Bone Marrow Donation Centre - Ketchum Pleon Düsseldorf has a PR credit on that campaign. Sister agency Porter Novelli Madrid wins a Bronze and a Silver Lion for handling PR on Choose the Moustache for Pescanova.

One Green Bean picks up a Bronze for New Australia-land for Meat and Livestock Australia - the PR agency has a PR credit on that campaign (below).

Precision Strategies New York wins a Silver Lion for PR work on Generation Lockdown for March for our Lives. Another New York agency, Alison Brod Marketing + Communications, picks up a Bronze for handling PR for Bagelgate for Kraft-Heinz.