Do you ride your Lime electric scooter around town with absolutely no concern for your fellow humans? If you do, and you live in Paris, prepare to be shamed.

Rude behavior by Lime riders has led to negative media coverage in France, so the brand is trying to change the conversation with a print campaign.

To encourage responsibility among riders, and prove to detractors that it empathizes with their pain, Lime’s campaign includes what appears to be unfavorable messages about scooters. Look closer and it’s actually common sense advice on the appropriate way to use the product. 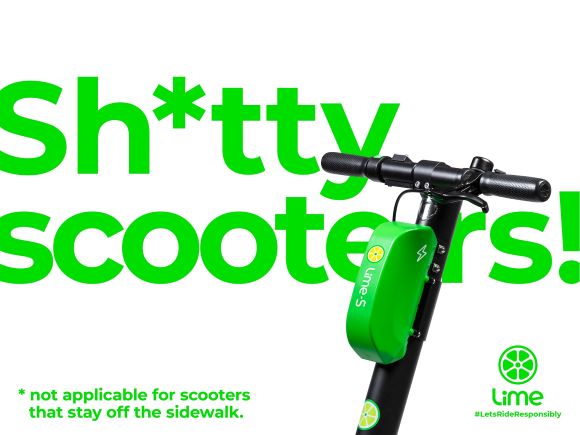 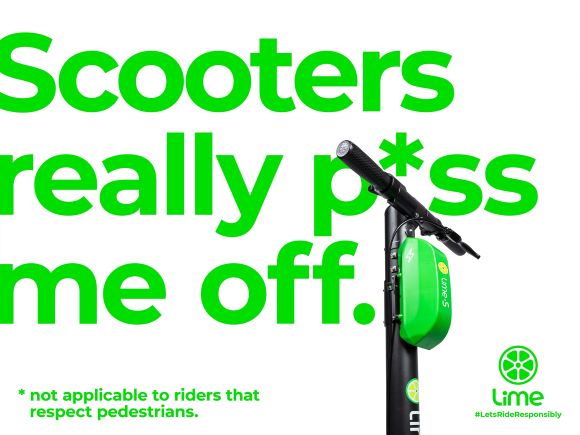 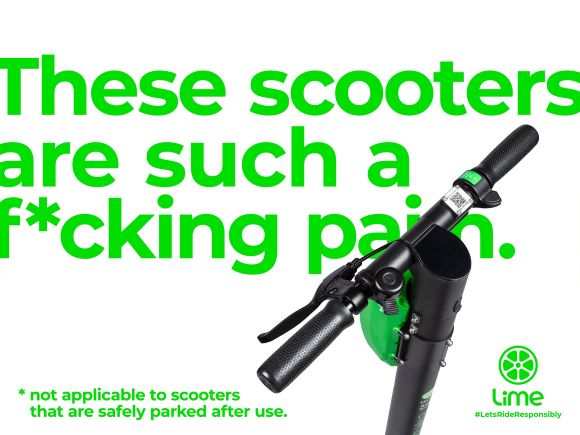 The campaign, which launched this month in Paris before rolling out to all of Metropolitan France, is part of Lime’s effort to reposition as "a mature and responsible urban mobility leader," according to a statement from its agency partner, Buzzman.