In the latest phase of its ongoing 'Respect the Water' campaign, the charity is using case studies as a way of bringing home the importance of not panicking when you get into difficulties in the water.

Nathan, who used the #FloatToLive advice when he got into trouble while swimming on a trip to the beach, is currently on air talking about his experience alongside RNLI Lifeguard Supervisor Anton at our #RespectTheWater launch event in Cornwall. pic.twitter.com/Nmqp4gPkkD


The annual campaign, now in its sixth year, is focusing on getting people to float, rather than swim, for their lives.

Today we're launching our lifesaving #RespectTheWater campaign. If you get into trouble in cold water, fight your instinct to panic and #FloatToLive. Find out more at https://t.co/w40xua3FgD. pic.twitter.com/rdK3BeqYOh

Ruth Osborne and Nathan Slack related their experiences at the launch of this year’s awareness campaign, which took place at Perranporth Beach in Cornwall last week. 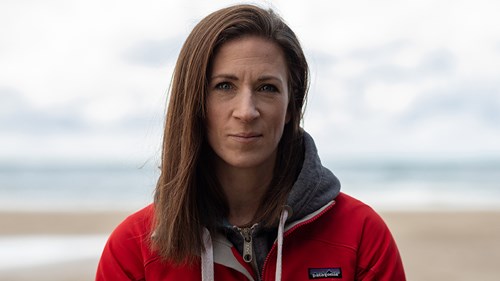 "I shouted for help, but nobody heard me. Wave after wave came and I got tumbled up like I was in a washing machine. I thought: 'That's it, that's me gone,'" Osborne recalled.

She had been swept off her surfboard and remembered advice she had been given by an RNLI lifeguard just days earlier: to stay calm and float – advice that saved her life. 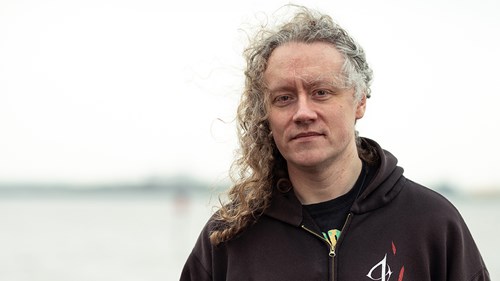 And Nathan Slack, who could not swim free of a strong current, said: "I’m only alive today because I knew to float instead of panic."

But while they survived, many others do not.

Men account for 90 per cent of deaths, and males aged 15-39 are the campaign’s target audience.

The key message is for people to float rather than try to swim when they fall into ice-cold water causing immediate shock. The advice is to lean back and float until you can control your breathing and only then call for help or swim to safety. 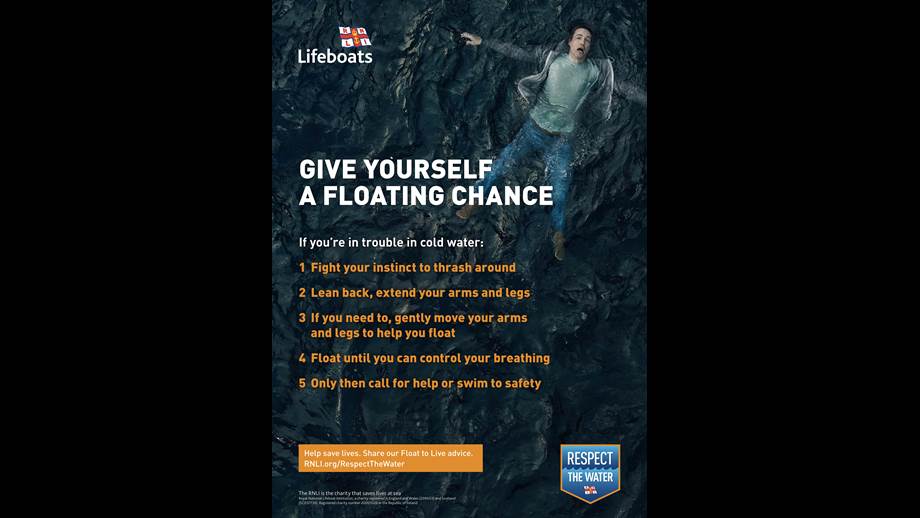 Slack and Osborne are among 11 people whose lives have been saved by the campaign messaging over the past two years.

The RNLI is using a combination of paid media, organic social and PR for the campaign, which is being promoted using hard-hitting short awareness films showing people struggling to stay alive in the water, along with posters with straplines such as 'Float to live' and 'Give yourself a floating chance'.

The sun has come out at the #RespectTheWater launch in Cornwall and we now have a lifeguard demoing the #FloatToLive technique on @itvwestcountry. pic.twitter.com/qq6rfisKfy

The current phase of the campaign will run until the end of August. Last week’s launch has already resulted in coverage in media outlets such as the BBC, The Express and ITV, along with interviews syndicated to more than 45 TV and radio stations.

A spokesperson for the charity told PRWeek: "No one should have to lose someone they love to drowning. Many of the tragic deaths at the coast can be avoided if people understand the risks and prepare themselves by practising the Float technique."

They added: "We’ve been contacted by people who say they recalled the Float safety message while in serious trouble in the water, and that following the RNLI’s advice helped save their life."

"But we can’t get complacent," the spokesperson added. "We all have a role in getting behind coastal safety education, investing in initiatives and sharing survival skills to help save lives from drowning."