The social media giant, which is facing public pressure to change its policies on tobacco marketing, told PRWeek it is releasing new rules in the next few months.

Recently, more than 125 public health organisations from 48 countries called on social media brands – including Facebook, Instagram, Twitter and Snapchat – to immediately end the promotion of cigarettes, e-cigarettes and all other tobacco products on their platforms.

In a letter to the CEOs of social media companies, public health chiefs have called for content policies to be amended to match advertising rules.

This includes 'Big Tobacco' companies using social media influencers to promote products – a tactic that is currently being investigated by the UK Advertising Standards Authority.

Although several larger agencies have distanced themselves from Big Tobacco clients, PRWeek is aware of smaller agencies that work with e-cigarette clients.

PRWeek has been investigating how Big Tobacco companies use influencers and social media platforms to navigate tough rules on tobacco marketing.

During these investigations, this publication discovered several posts that promoted cigars, including special offers of these products that users could link to on external websites.

Facebook has tough advertising policies that ban ads that promote the use and sale of tobacco products, but Facebook admitted to PRWeek that these rules do not apply to organic posts.

The social media giant allows users and tobacco companies to promote tobacco or tobacco-related products, including vaporiser devices and electronic cigarettes, on Facebook and Instagram provided it is not paid advertising.

Sponsored posts, such as organic posts created by an influencer in partnership with a brand, must only be accessible to over-18s. Big Tobacco companies have their own policies about how they choose influencers.

"We do not allow adverts on Facebook and Instagram that promote the sale or use of tobacco or related products. For content that our Advertising Policies do not apply to, we are looking at this closely to understand how we can improve," a Facebook and Instagram spokesperson told PRWeek, adding that it will be announcing new policies on tobacco marketing in the next few months.

PRWeek shared a series of 20 images with Facebook and was told the posts do not violate its community standards because they are organic posts rather than paid advertising.

However, some of the examples clearly show tobacco products being promoted for sale, with users being directed to external websites.

The House of Habano's Instagram page is filled with posts of cigar promos, with clear calls to action to buy tobacco on its external website. 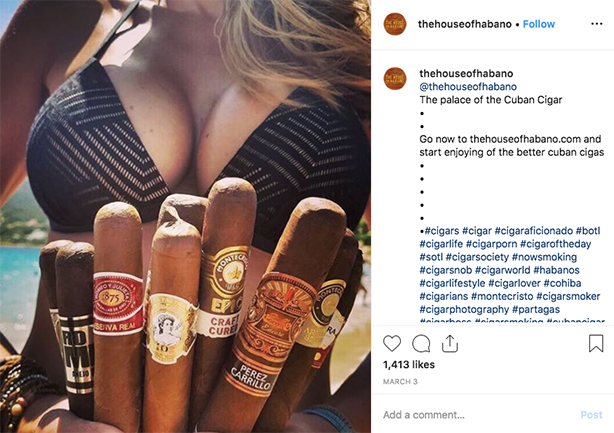 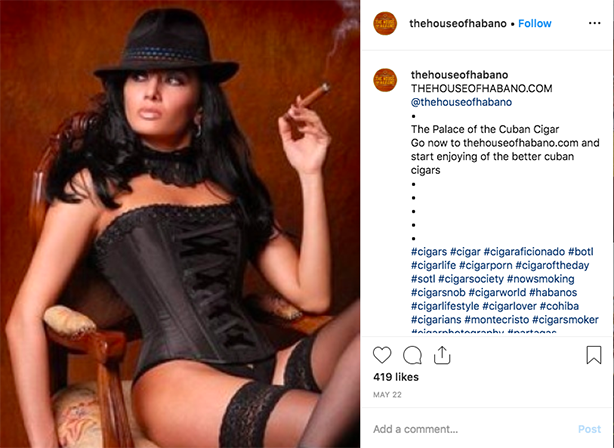 Other cigar retailers use similar marketing tactics on Instagram to encourage users to visit their e-commerce sites. 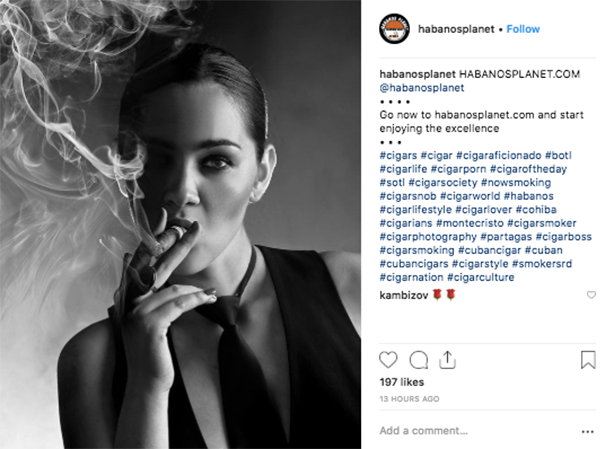 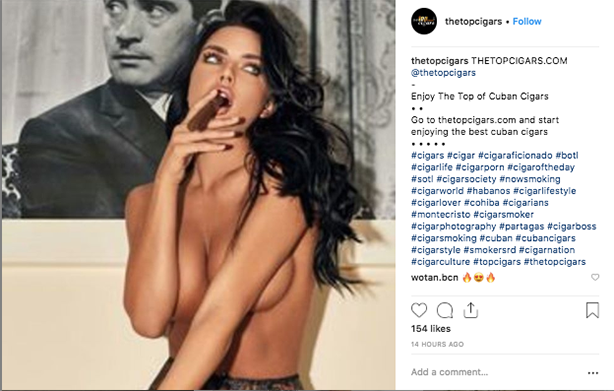 One brand, Djarum, has several posts promoting its products, including a music video by singer Madonna smoking Djarum Black cigars. 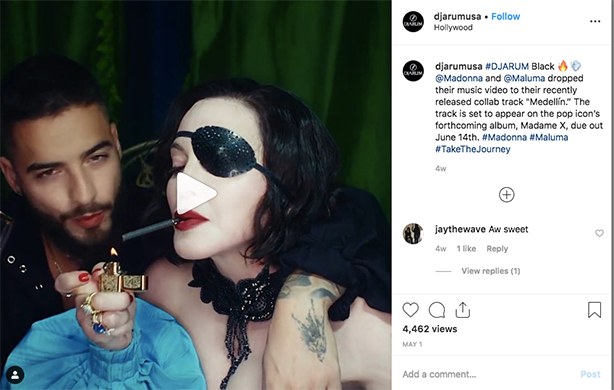 It's not just cigars that are marketed in this way. E-cigarettes, including Philip Morris International's iQOS heated tobacco products, use Instgram posts to offer specials and direct users to external e-commerce sites. This happens with online retailers that have UK URLs. 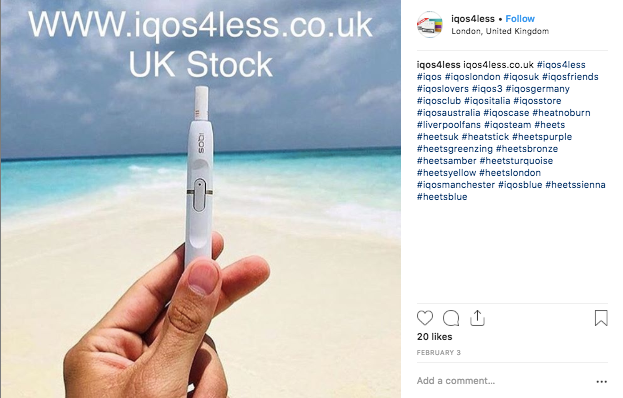 The charity Campaign for Tobacco-Free Kids, which has been lobbying against the use of social media platforms to market tobacco products, told PRWeek it is important that social media companies have policies in place restricting tobacco advertising and sales.

"Tobacco companies use social media to promote their products because they know Facebook, Instagram, Twitter and Snapchat are the gateway to young people all over the world," said Matthew Myers, president of the Campaign for Tobacco-Free Kids.

When further pressed by PRWeek over whether they believe social media companies effectively police tobacco marketing, a spokesperson for the Campaign for Tobacco-Free Kids responded: "At a certain point, one wonders what it will take for social media companies to actually enforce good policies to curb bad behavior by tobacco companies."