PR, crisis comms and public affairs experts believe that although Huawei has handled the escalating crisis reasonably well, its efforts to reassure key stakeholders in government and at partner companies are unlikely to succeed while questions about the security of its mobile infrastructure hardware remain.

The telecoms giant claims it is being unfairly targeted by the Trump Administration in a proxy war that is really more about trade tensions between the US and China. It also maintains the security weakness allegations made against its network are unfounded.

PR pros agree that despite being on the backfoot, the company has handled the situation quite well, but concerns remain whether its comms efforts can overcome security concerns about its infrastructure projects, particularly as technology partners begin distancing themselves from Huawei.

"Being drawn into Donald Trump’s crosshairs is most companies’ worst nightmare, and so by choosing to combat the accusations directly through its robust spokesman, Huawei deserves credit for not hiding and hoping the storm dies down," Pagefield CEO Oliver Foster tells PRWeek.

"Whether Huawei’s public pronouncements have done anything to reassure a very cynical political and citizen audience is another matter, but at least they have tried."

Although the Shenzhen-headquartered firm has reported strong quarterly growth this year, experts believe its revenue could take a substantial hit if a ban on Huawei smartphone products extends to major Western markets.

Huawei Technologies CFO Meng Wanzhou (pictured below) is under house arrest in Canada, facing an extradition hearing to the US. 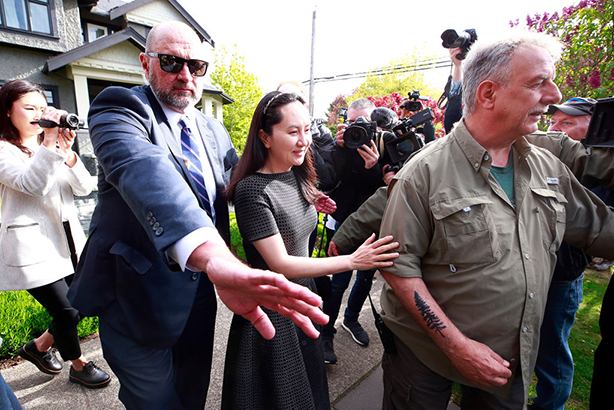 After a leaked document from the National Security Council revealed the UK government has decided to allow the world’s biggest telecoms equipment maker to work on some parts of the UK’s new 5G mobile network, the Trump Administration placed substantial pressure on the UK to reconsider the decision, while the US Department of Commerce has added Huawei to a list of companies considered a threat to US national security.

This has led to several technology suppliers, like chipmakers Intel, Qualcomm and Broadcom, to cut their deals from Huawei, while the owner of Android - Alphabet Inc - has pulled the company's licences for key mobile applications like Gmail and the Google Play app store. This means consumers who already owned a Huawei handset would not be able to access software updates.

Chris Gilmour, director at Beattie Communications, explains: "I think when you had the initial leak most consumers will have shrugged their shoulders because that was about infrastructure rather than the handsets. But the announcement from Google that they won’t support updates leaves them completely stuffed."

Gilmour says he thought Huawei had handled the crisis reasonably well and its UK vice president had made all the right noises by getting the message out that the software ban by Google will only affect upcoming handsets.

In spite of the leak, Gilmour believes the UK government has handled the delicate situation well.

"I think they deserve credit because as an infrastructure project it’s important for the future. Nearly everything is going to be reliant on these networks and its right they are now having debates about some of the security issues being raised," he says. 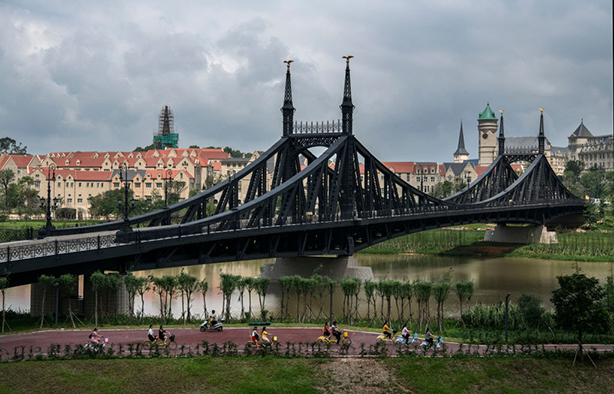 Western journalists have been on tour of Huawei's Shenzhen headquarters, which been modelled on famous gobal landmarks, including a repilica of the Peace Bridge between China and North Korea. (Photo: by Kevin Frayer/Getty Images)

Huawei’s communications efforts to date have focused on reassuring governments and partners that its technology is safe. This has been underpinned with a carefully planned direct engagement strategy, that has involved inviting western journalists to tour its impressive Shenzhen headquarters – a move designed to position Huawei as being a transparent global tech innovator.

Patrick Tooher, a director at Citypress, believes the appointment of Sky News reporter Paul Harrison as a senior member of its UK and Europe communications team was a shrewd move and a sign Huawei is taking comms seriously. Huawei has also brought in Obama administration official Samir Jain.

Despite these moves, Tooher believes Huawei is limited in how it can influence the situation.

"You can obviously prepare for crisis, but in a way this has almost become a proxy for the wider trade war that is going on and it’s hard to prepare for that," he says.

Powerscourt head of issues management Conal Walsh agrees the issue is not merely a PR crisis, but a full-blown corporate crisis that "consists of fighting on ground defined by Huawei’s enemies".

"The more Huawei can bypass the weasel words of politicians and reach out directly to consumers and industry partners, the better," he adds. "That’s why its latest round of snazzy adverts seems quite clever. In the long run, demonstrating its indispensability to millions of customers and businesses might be the best way to convince policymakers to spare the axe."

Huawei’s recent consumer-facing campaigns have focused on illustrating the power of its smartphone technology. This included using its new Huawei P30 model to bring the Northern Lights to London, a campaign created and produced by PR agency Frank (see photo below). 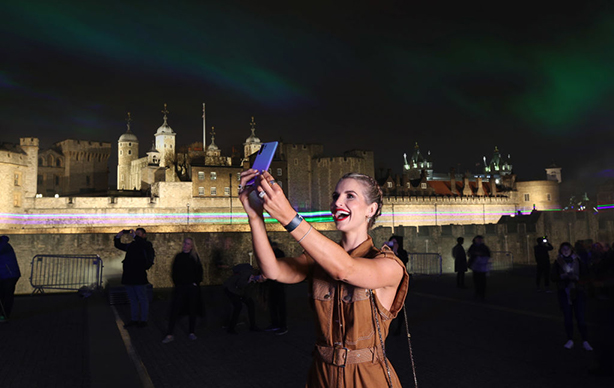 BDB Pitmans head of public affairs Stuart Thomson says Huawei could do more to target the public in a grassroots campaign, but doubts whether getting a groundswell of support would bear fruit.

"Even if the company were to get large numbers of people together [to support its position], when it’s against a very technical and security-conscious government issue... numbers doesn’t always guarantee success," he says.

PLMR director Tim Knight believes the company is "missing a trick" by not communicating directly to its product owners.

"Instead, the tone of Huawei’s media statements is very corporate, and the comments are unlikely to resonate with the owners of their phones – who after all should be a primary audience," he says.

Foster does not believe "the headlines are likely to dry up anytime soon" as the company will continue to be a "high-profile political football until the UK Government’s decision is overturned".

The uncertainty over the government’s leadership could exacerbate Huawei’s problem, as "a Tory leadership candidate field brimming with wide-eyed Atlantacists" could use the Chinese telecoms company to as a "means of flexing their foreign diplomacy credentials".

Foster adds: "Many of them – and not just Boris – will be keen to show how different they are to Theresa May, as well as showing how they are best placed to seek better relations with our leading international partners, particularly those from the Five Eyes (intelligence) alliance (which includes Australia, Canada, New Zealand, UK and the US)."