The ad agency changed images of Brazilian landmarks on Wikipedia with professional shots featuring North Face-branded products in an effort to drive the SEO of a campaign. The Brazilian agency also released a film detailing its tactics, which is how Wikipedia discovered the stunt.

In the video, The North Face boasted that they "did what no one has done before … we switched the Wikipedia photos for ours" and "[paid] absolutely nothing just by collaborating with Wikipedia".

Wikimedia Foundation, the non-profit that runs Wikipedia, refuted the claim it had any involvement and slammed The North Face and Leo Burnett over "defacing public property" for a "short-lived marketing stunt".

"When The North Face exploits the trust you have in Wikipedia to sell you more clothes, you should be angry," the Wikimedia Foundation said. "Adding content that is solely for commercial promotion goes directly against the policies, purpose and mission of Wikipedia to provide neutral, fact-based knowledge to the world." 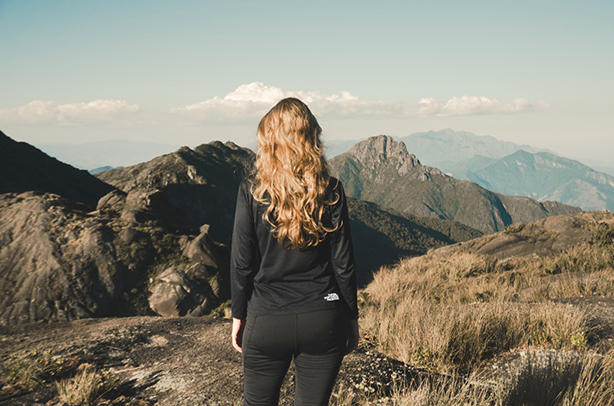 Leo Burnett Tailor Made was unapologetic when contacted by PRWeek, but said it would respect Wikipedia’s rules and its volunteer editors in the future.

The agency said it had found "a unique way" to place branded photography on the Wikipedia pages of adventure destinations "while achieving the goal of elevating those images in search rankings".

"We’re always looking for creative ways to meet consumers where they are. We’ve since learned that this effort worked counter to Wikipedia’s community guidelines. Understanding the issue, we ended the campaign," Leo Burnett Tailor Made stated.

"Our team has further accepted an invitation by Wikipedia to learn more about the platform and their work to share unbiased, fact-based knowledge."

Agency bosses and senior professionals largely criticised Leo Burnett’s tactics, with one leader describing the stunt as a "smart-arse corporate bully" that was "stealing candy".

"The North Face’s idea to showcase their items 'in relevant environments' is pretty logical, if a little well-worn as a campaign idea. The rather obvious flaw though is the execution – 'let’s do guerrilla marketing on one of the most policed websites on the web' was never going to bode well for them. I don’t think I’m exaggerating when I say that even the most inexperienced of marketers knows that you treat Wikipedia with caution and transparency - and yet, the ad agency behind this chose to proudly tell the world all about it. Their targeting of Wikipedia makes complete sense due to its power in search, but the attempt to get away with a blatant ‘take over’ and thinking it wouldn’t be spotted is mind-boggling."

"The entire campaign bears all the signs of a company and agency that knew exactly what they were doing and I suspect the apologies were prepared to respond to the inevitable backlash. A group of 10 year olds could not have produced a more self-congratulatory and vomit-inducing promo video – 'look, we nicked a bunch of sweeties from the corner shop and nobody noticed!' It’s stretching the bounds of credibility to suggest that the in-house and agency teams didn’t fully understand what they were doing but that’s what North Face said... Utter bullshit North Face, you took a calculated reputational risk and the most annoying thing is, it’s probably paid off. Don’t try and sell it as anything else."

"With a marketers’ hat on, my first thoughts are admiration. It’s a very clever idea that benefits from both simplicity and low cost implementation – just the kind of tactic that any creative agency would love to come up with. In that sense, tip of the cap to whoever thought of it. However, from an ethical stance, it definitely goes beyond the pale. If all brands looked to do this, there’d be an arms race with everyone attempting to outdo each other, and Wikipedia losing all credibility as a result. Its moderators aside, Wikipedia sets out very clear guidelines to counteract just this type of activity. You do have to laugh, though, that their very undoing was a video boasting about the fact they’d done it."

"Authenticity is one of the most important tenets of marketing and communications today. We live in a world where bias and misinformation should be minimised, where possible, in the stories we tell and the campaigns we create. It's disappointing that a leading brand like North Face would compromise its spirit, overall mission, and purpose of inspiring a global movement of exploration. Agencies - and brands - should raise the bar to set a paradigm for others to follow in a positive, and meaningful way." 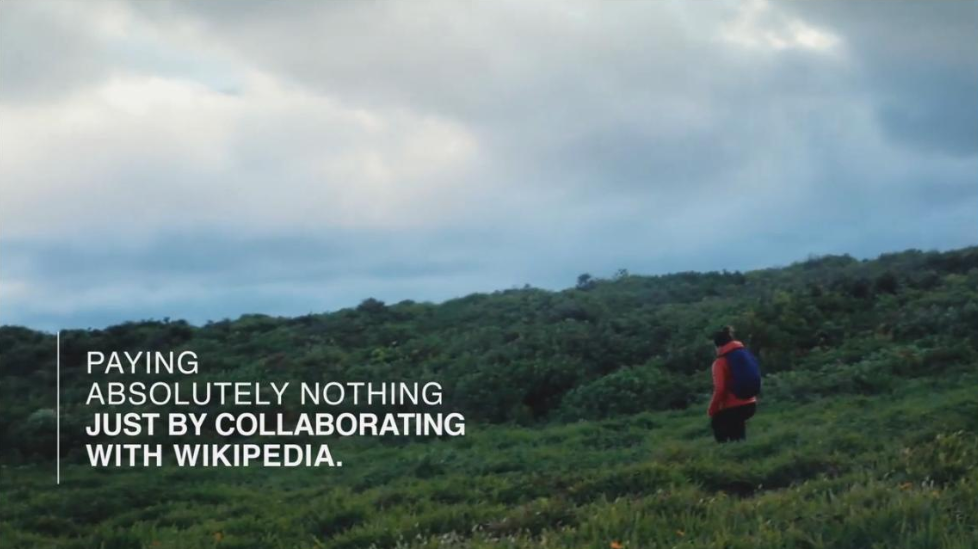 In a video about the stunt, North Face wrongly claimed it collaborated with Wikipedia.

"Stunts are stories, and every good story needs a baddie who comes undone. So don’t be so dumb as to make Wikipedia the rube of your story. It’s like getting one over on David Attenborough, or the lovable dopey guy off the Inbetweeners. Wikipedia is a goodie, through and through. It’s a liberal superhero. From the many, to the many. Knowledge unzipped and set free. It’s so vulnerable, defenceless by design. It’s ramparts are made of paper, manned with volunteers. So stealing candy from it makes you look like a big stupid corporate smart-arse bully. It might look like a smart idea, but we’ve all killed one of these off and pulled our stunt-punch when we’ve thought who the real butt of the stunt might be. You didn’t game Google, you picked on Wiki."

"It’s a great example of what happens when you let a creative agency take charge, which means the focus is on the short-term with too little regard to long-term reputation issues. Today, too many people talk about ‘purpose’ without any real understanding of what it means. It’s the new age greenwashing. It’s not talking about purpose or stunts to indicate purpose, but fundamental changes to a business to align its social responsibilities with its responsibility to make decent profits. True corporate purpose requires pain for the gain. That’s why you always need a public relations professional in the room to challenge and ask the difficult questions."

"It is wholly unethical for PR or creative professionals to make changes to Wikipedia entries on behalf of a client. The rules are clear and ignorance is not an excuse. You wouldn't expect to be given access to the back end of a news site to make changes and the same applies to Wikipedia. Wikipedia's commitment to neutrality must be respected and its rules upheld at all times."

"It is absolutely and always wrong for PR practitioners to break the PRCA Code of Conduct by posting fake pictures or fake facts on Wikipedia. Sadly, it is also the case that Wikipedia’s procedures are opaque, confusing, and often self-defeating. While the organisation is correct to ask that its customers abide by its rules, it is completely at fault for ensuring that those rules remain quite frankly so strange and so confusing. Wikipedia would be a more reliable source of factual information if it engaged more constructively with those offering to provide those facts."

Maybe not the best way to do this...
The North Face used Wikipedia to Climb to the Top of Google Search Results
Campaign from Leo Burnett Tailor Made updated photos with images of brand, raises flags with Wikipedia editors for violating user termshttps://t.co/4UmFrKBei5 pic.twitter.com/q7yzVHxjTz