On June 6, in anticipation of the 50th anniversary of the Stonewall Uprising, the PR Museum is holding a panel discussion called The LGBTQ Experience in Public Relations: Stories that Shaped Our Profession, Our Values and Our Future.

The event, along with the numerous others examining issues of diversity and inclusion, begs the question: Is the PR industry as LGBTQ-friendly as some might assume?

PRWeek asked six PR pros to evaluate today’s comms industry and speak about their experience as a member of the LGBTQ community in PR. 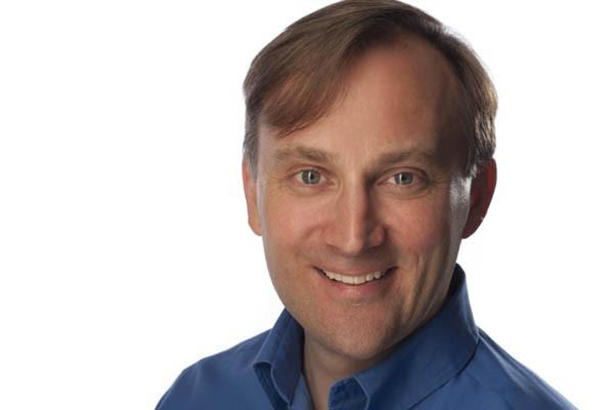 Finzel has been out since he started his comms career as a staffer on Capitol Hill. He describes PR as receptive and friendly to the LGBTQ community — but, he says, that’s not good enough.

"Friendly? Yes. But there’s a difference between being friendly and being engaging and really authentic," he says. "Sure, on the surface lots of firms are [accepting], and the industry is, as a whole, friendly to people of color, to LGBT folks, women and so on. But that's sort of table stakes, right?"

At this point, Finzel says, inviting the community to the table isn’t the problem.

"A lot of firms have done good work around diversity and inclusion on the hiring front," he says. "But I don't know they're necessarily doing the work in terms of being fully responsive to opportunities to engage diverse communities."

What PR must do, Finzel says, is engage in meaningful conversations and listen when people speak, and then take their advice.

"So, it's two things," he says. "One, you have to not just listen but also follow through on recommendations and suggestions that all these different [people] make so you're actually doing the work they are suggesting. Second is giving people an opportunity, like you would anybody else, to suggest something to engage in."

Finzel helped Fleishman found its now-defunct LGBTQ practice FH Out Front. But, he says, issues of diversity are central to all comms firms, whether they’re in the LGBTQ space or elsewhere. (A Fleishman spokeswoman said FH Out Front was rolled up into the agency’s overall marketing practice during a 2013 rebrand/restructure.)

"There is a feeling that diversity issues are less important than running the business, that it’s an HR, marketing or image issue," he says. "The industry needs to realize [diversity] is the business of the business. It isn’t just a sideline — it is the core of your ability to compete and win in the marketplace."

On the whole, Finzel gives PR a decent grade for its relationship with the LGBTQ community. 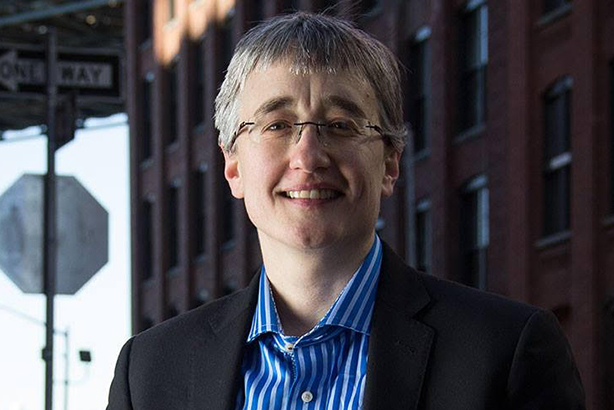 Cathy Renna is the owner and founder of Target Cue, a one-person shop specializing in PR and crisis comms surrounding LGBTQ issues. She also heads much of the PR for Pride Week in New York City as well as the upcoming Stonewall 50th anniversary.

Renna didn’t come out as LGBTQ while in PR. Instead, she came out as PR while volunteering for GLAAD (formerly the Gay & Lesbian Alliance Against Defamation).

"I will never forget our first really big protest," she says. "There were several hundred people with signs and chanting, and all of a sudden the TV cameras showed up and they asked who was in charge. And everybody pointed at me and I was like, ah, OK."

Later, after a short stint at a PR firm, Renna decided to move away from the agency life and instead build a career as a de facto publicist for LGBTQ causes and organizations.

Though her career centers around advocacy, she often comes into contact with agencies, giving her a bird’s-eye view of the industry. Renna says she notices issues today are less over sexuality and more about how people present themselves.

"A lot of this stems from sexism, whether it's women or whether it's lesbians or whether it's gay men who may not present as cisgender," she says. "They may present more like Jack, from (the sitcom) Will and Grace, let's put it that way. The PR community, like so many others, has to take steps to make the change happen and to make the atmosphere more comfortable."

Renna says PR deals well with LGBTQ issues, although she thinks it could improve.

"And, to be clear, it's a problem within our community in general. The leadership of all kinds of organizations in the movement has been primarily cisgender gay white men. And that's changing a lot. To me, that's when you’ll really start to see a blossoming of what I would call a truly diverse vision of who we are as a community." 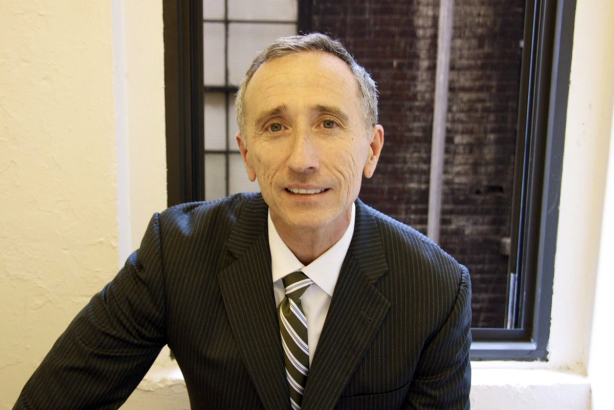 "When you look broadly at PR firms and the industry, it has been hugely supportive of the LGBTQ community," Widmeyer says. "And I say that from a vantage point of being involved in a number of key organizations like GLAAD and the former Empire State Pride Agenda; the Lesbian, Gay, Bisexual & Transgender Community Center; and the Victory Fund. Never have we gone to the public relations industry and asked for something and been turned down."

Personally, Widmeyer says, his own status as a gay man has been a selling point and never been viewed as a problem.

"I've been out for a long time," he says. "And I've never hidden it whenever I'm introduced or if I'm speaking somewhere or if we're putting together a proposal. My bio is in the proposal, and we're front and center in terms of where I have been and the role I've played in the LGBTQ community. We would never cover that up. We actually showcase that."

Not surprisingly, Widmeyer gives PR a pretty decent grade for its progress on LGBTQ issues. 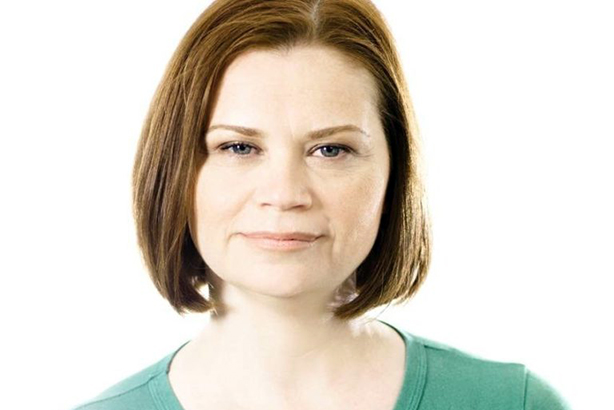 Tanya Churchmuch is president and founder of MuchPR, a boutique agency serving the travel, culinary, lifestyle and LGBT markets in New York. She says she has never felt unwelcome in PR as a lesbian, but she has noticed something odd about the industry during her journey.

"The thing that always surprised me most about being a lesbian in PR is how few of us there are," she says. "There are a lot of gay men. There are a lot of heterosexual women who are getting into PR. But lesbians are definitely difficult to find."

The dearth of lesbians in PR serves as a reminder to herself and others that LGBTQ discussions need to include every part of the acronym.

"It's important to be authentic to what that acronym means and to acknowledge it when you see the entire spectrum is not being represented," she says. "Yes, I'm a lesbian PR person, but being a trans PR person is probably even more challenging - there are probably even fewer out trans people doing PR than there are lesbians."

In addition, Churchmuch says, she often encounters another challenge specific to gender-conforming lesbians.

"There’s always some people's knee-jerk reaction: 'Oh, do you have a boyfriend, do you have a husband?' 'No, I actually have a wife,'" she says. "So you are put in a position where you continually have to come out."

Based on personal experience, Churchmuch gives PR a B-plus in terms of its openness toward the LGBTQ community.

"I don't feel I'm ever encountering homophobic reactions. I'm just free to be me," she says. "But I don't see a lot of openly LGBTQ people in the most senior position in our big agency."

However, the B-plus grade drops when you look deeper, Churchmuch says.

"If we’re talking about black lesbians or lesbians of color, we'd probably be down to a C because we are just not seeing those people whatsoever." 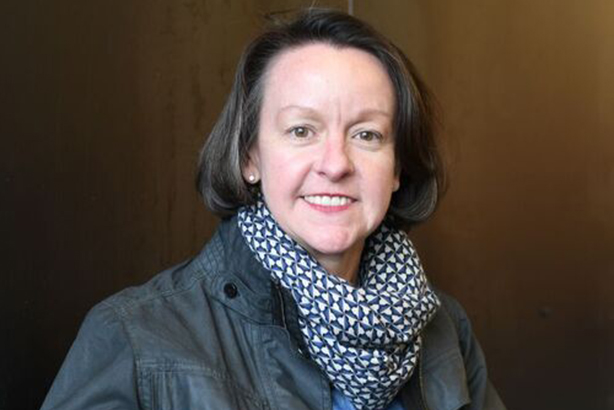 Lisa Manley is senior director of sustainability engagement and partnerships for Mars. Before that, she worked at Coke, Edelman and Cone Communications.

But it was at her first comms gig, at Widmeyer Communications, where she experienced how welcoming PR can be to LGBTQ people.

"At the time, I was not out to many [people]. I remember vividly a social event at Widmeyer, and I remember going in and just seeing remarkably — and I was just in awe —  the diversity of the people that [Widmeyer] had hired. The people were very open about their sexuality and their partners," Manley says. "It was the first time, frankly, I felt like, ‘Wow, this is a place where I can be free to be me.’"

Manley theorizes that the basic skills required of PR pros might have helped make it a good home for the community.

"It probably was one of the early professions to embrace LGBTQ people and to celebrate diversity," she says. "It’s a trend that has been driven, to some degree, through powerful communications. We are much more active and comfortable with storytelling and putting LGBTQ people into the heart of corporate storytelling."

Manley has used that power herself, communicating issues of sustainability and climate change, and says she’s proud to be part of a profession that pushes broader society to be more inclusive.

"The communications field has been tremendously impactful in helping drive issues-focused communications in ways that engage the hearts and minds of today's and, hopefully, tomorrow’s consumer," she says. "And these issues, as a result of brave and bold and thoughtful communications, have become much more mainstream."

Manley gives PR a B-plus grade for its treatment of LGBTQ people.

"My personal experience is an A, but I know there are always things that can be improved in terms of inclusiveness and representation," she says. 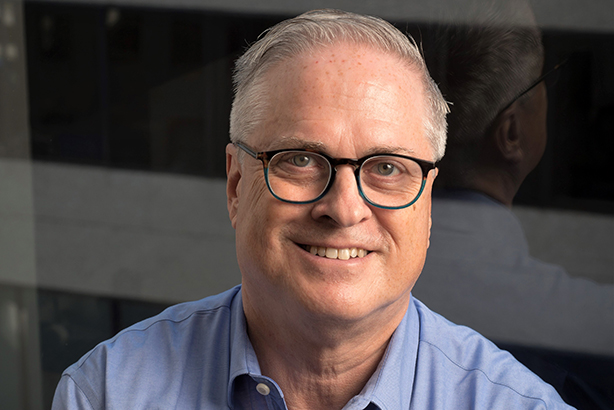 Bob Witeck, president and founder of Witeck Communications, began his career on Capitol Hill, just as Finzel did. After serving his agency time at Hill+Knowlton, he opened his own firm.

Coming out, he says, only expanded the options in his professional life.

"I was able to find places in intersections on issues I really cared about," he says. "And also I came to know openly gay professionals in the media and other professional contacts and colleagues. So my coming out brought me to where I am today because the firm I founded 25 years ago has, as its purpose, a focus on LGBTQ communications."

Still, the positive experience Witeck has had doesn’t mean he’s oblivious to the pains others have faced.

"In terms of client relationships, women, gay people as a rule and African Americans have had to struggle to get client-facing leadership roles, and that could mean the head of the office," he says. "But there was always an anxiety, especially in larger firms, if there was going to be ignorance or lack of awareness about whether a client would find a gay PR person acceptable."

While Witeck acknowledges the PR climate might not be as good outside the major American urban centers as it is inside them, he gives the industry a B-plus overall.

"The major firms certainly understand it, and they have a lot of openly gay professionals and senior representatives," he says. "So they're walking the walk and talking the talk. I would give them very high marks."

What's your story? Are our contributors looking through rose-tinted glasses or is PR as LGBTQ-friendly as they suggest? Send your thoughts or reflections to Thomas Moore and we'll publish the best of them.