The BBC Radio 4 host was sacked earlier this month after he made a "racist" joke on Twitter about Meghan Markle’s and Prince Harry’s new baby.

The 61-year-old shared a picture of a couple walking a chimpanzee in a suit and wrote: "Royal baby leaves hospital." 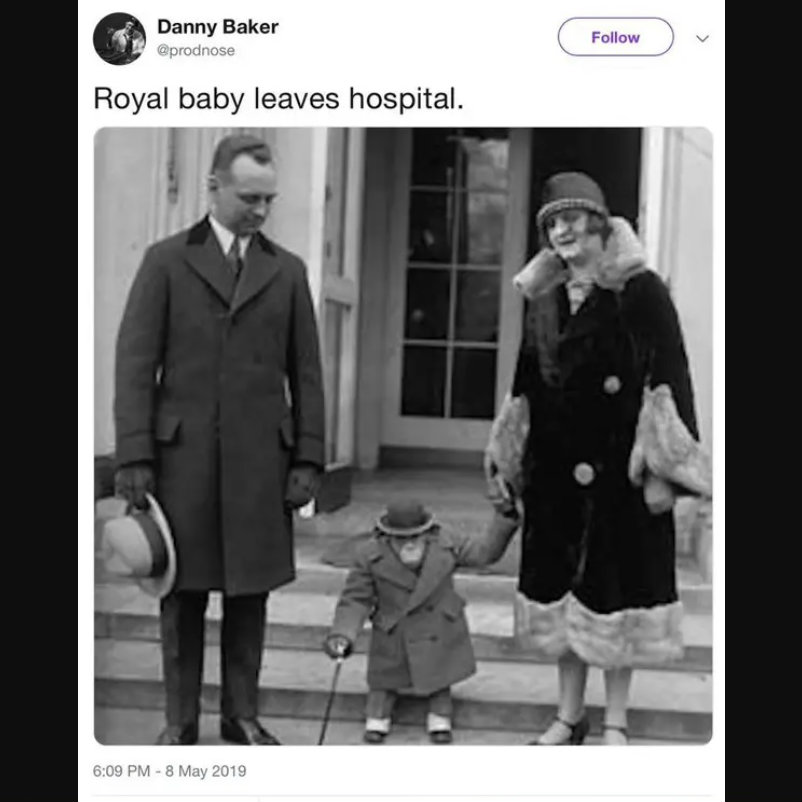 Many took this as a racist jibe – the new royal baby, Archie, is mixed race.

If anything, Baker’s initial light-hearted response to the criticism made things worse.

"Sorry my gag pic of the little fella in the posh outfit has whipped some up," he wrote on Twitter.

"Never occurred to me because well, mind not diseased. Soon as those good enough to point out it’s possible connotations got in touch, down it came."

A follow-up interview on LBC also reflected a lack of understanding of the impact of his actions.

The DJ told LBC it was a "joke about class" and although Baker said he "understands entirely" why he was sacked from the BBC, the focus on how he had been treated rather than his own remorse was misjudged.

Baker allegedly was "given a lecture which I terminated after about 30 seconds with a couple of words that I’ll leave you to fill in".

Follow-up tweets appeared more heartfelt and remorseful, and saw Baker try to explain at length why he did what he did.

Good morning, everyone.
Following one of the worst days of my life I just want to formally apologise for the outrage I caused and explain how I got myself into this mess.
I chose the wrong photo to illustrate a joke. Disastrously so.

But the damage had been done. Like Liam Neeson – Flop of the Month from March after admitting to a journalist that he had looked for a black man to "kill" in revenge for an attack on a friend – Baker had completely misjudged the impact of his actions and the scale of the backlash, especially in the social media era.

At least Neeson could claim to be giving an honest answer to a journalist’s question that related to an incident from decades ago. Baker had no such mitigation.

It has been reported the DJ has already returned to Radio 4, hosting the People’s History of Pop show on 24 May. It seems unlikely the row will spell the end of Baker's career, but he certainly took a reputation hit over an incident that was, at best, entirely avoidable and supremely idiotic.

NatWest: Its 'A woman’s worth' campaign – featuring an open letter in Stylist from 'Mr Banker' – in which the bank apologised for patronising and ignoring women over their financial needs – is accused of sexism.

ITV: The backlash against ITV’s The Jeremy Kyle Show, cancelled this month following the death of a man who appeared on it, has intensified. Reports on Channel 4’s Dispatches – strongly denied by the broadcaster – alleged that guests smoked drugs with producers and were fed alcohol before going on stage.