His exact role at Huawei has not yet been determined, and he will join the telecommunications giant in mid-July.

During that time he has covered some of the biggest news stories in the world, including the death of Princess Diana, the Concorde crash in Paris, the Good Friday Agreement, the Omagh bombing, wars in Kosovo and Afghanistan, several terrorist attacks including 9/11, the disappearance of Madeleine McCann, the Boxing Day tsunami and more.

In the past two years, he has been the executive producer of the Queen’s Christmas Message and outside of work has had two true-crime books published, including Hunting Evil: Inside the Ipswich Serial Murders and The Lost British Serial Killer. 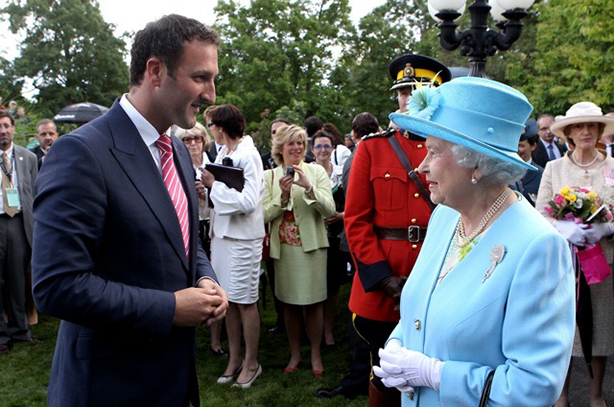 Harrison joins Huawei at an interesting and challenging time. The US government is placing political pressure on allies that plan to use Huawei’s advanced 5G technology as part of a trade war with China.

The US government claims it has concerns about the security of Huawei's technology, leading several handset manufacturers, including Panasonic, to ditch Huawei tech in what some commentators are describing as a 'tech cold war'.

Google has blocked Huawei's future access to Android updates after the Trump administration added Huawei to a list of companies that American firms cannot trade with unless they have a licence.

The brand has been on a charm offensive with Western journalists in recent times, inviting several, including photojournalist Kevin Frayer, to its enormous Bantian campus in Shenzhen.

Harrison told PRWeek that he had been "deeply privileged" for the "unforgettable years" he spent at Sky News, but now looked forward to joining the Chinese telco giant.

"This is an incredibly exciting time to join one of the world’s biggest telecommunications companies," he said.

"Huawei is a leader in 5G and AI technology and is the world’s second-largest mobile phone provider. I hope my more than two decades of experience working in news in the UK and Europe will help Huawei consolidate its position at the forefront of the technology revolution at such a pivotal time."

A Huawei spokesperson told PRWeek: "Paul brings to Huawei considerable experience in 24-hour, multi-platform news in the UK. His rich experience makes him the ideal person to join Huawei as it expands its UK and European communications teams."

Huawei recently severed ties with public affairs agency APCO Worldwide. It has delivered two high-profile campaigns in the UK recently, using its smartphone to recreate the Northern Lights over the Tower of London and complete the Unfinished Symphony.