Incisive will become part of UDG agency division Ashfield Healthcare Communications, which already includes UK-based agencies Pegasus, Galliard and Nyxeon, while Putnam will join the Advisory part of the business.

Details of the sale

Incisive, which has 36 employees, specialises in healthcare policy, public affairs and communication services, and counts biotech and pharma companies such as AbbVie among its clients.

UDG said in a statement that Incisive was being acquired for an initial sum of £8m with an earn-out of up to £5.6m over three years, dependent on profits.

Putnam, with 120 employees in offices in Boston and San Francisco, is a consultancy with a focus on the life-sciences industry and advises pharma companies.

The agency is being acquired for $88.6m, with $60m paid upfront and the remainder to be paid as an earn-out over the next five years.

Incisive's reasons for the sale 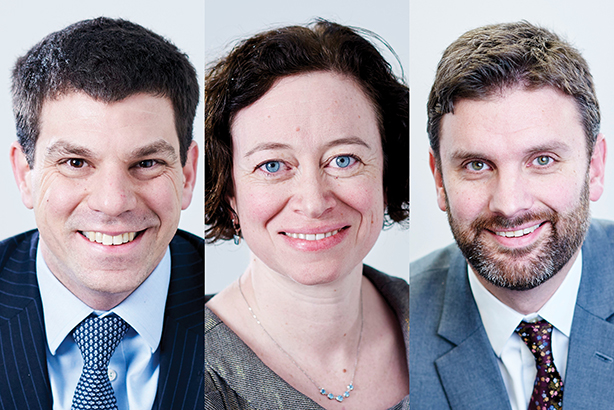 Incisive Health’s co-founders; Mike Birthistle, Sarah Winstone and Bill Morgan (pictured), said in a statement that they had decided to sell the agency to UDG – a FTSE 250 company which operates in 26 countries - for three reasons.

They said clients were increasingly asking for health policy advice over different geographies and as part of a broader mix of communications and marketing disciplines, and that Ashfield would help them deliver on this.

The founders also said they wanted to give their 36-strong team the opportunity to collaborate with a wider group of colleagues in other healthcare comms disciplines and added that there was a "good cultural fit" with the leadership team at Ashfield.

Commenting on the acquisition and what that would mean for the UK-based agencies in the Ashfield Group, Birtwhistle told PRWeek that Incisive Health, Pegasus, Galliard and Nyxeon would remain as standalone agencies.

"Part of what attracted us to become part of UDG and Ashfield is that the way they work is to have standalone agencies within the group," he said. "We will still be Incisive."

Asked whether he saw the agency doing more collaborative work with other Ashfield agencies, Birtwistle added: "We already collaborate on work with Pegasus on a couple of issues and that sort of thing will deepen over time because we have complementary skill sets."

Incisive has a head office in London and another in Brussels, while Pegasus has its base in Brighton.

Birtwistle thought the Ashfield agencies would work well together because of their similar outlook.

He said: "We wanted to be working with kindred spirits; people who share a similar culture and outlook on the world – which we think is definitely the case with Ashfield."

Commenting on the acquisition of Incisive Health, Richard Lawrence, executive director at Ashfield Healthcare Communications, said: "We are delighted by the addition of Incisive Health to the UDG Healthcare and Ashfield family as they bring a rare set of best-in-class insights and capabilities in the policy space. On top of this, Incisive Health are a strong cultural fit for Ashfield Healthcare Communications. The acquisition will provide both organisations, our clients and our colleagues with new expertise, capabilities and opportunities."