Corporate communications is taking its rightful place at the top table and helping to articulate the vision of a nation as more UAE nationals seek a job in PR, according to the chief communications officer of an Abu Dhabi investment firm.

Mubadala Investment Company – the sovereign-owned business development giant – is one of the region’s most sophisticated users of PR.

Although the Middle East is "far too diverse to singularise", Lott said, "for the UAE, the profession has come a long way in a short time. Corporate communications is taking its rightful place at the decision table, helping articulate the vision of a nation and its entities, and doing so in a way that is on par with international standards of authenticity, truth, and good governance.

"More and more Emiratis are finding this profession a calling, which is very exciting, and I’m privileged to lead a number of the most talented Arab communicators in the region."

When it comes to the Arab world, Lott says there is "a massive disintermediation" of the traditional print publications, as more and more news is shared through social media and other digital channels.

‘Traditional media must be maintained’

This means corporate comms teams are having to change the tactics they use in communications plans to be effective.

"Revenue models are changing, and one of our major challenges has been combating those who use social media for disinformation," said Lott.

"It’s even more reason why traditional media need to be maintained and strengthened, and government-run institutions modernised, to emphasise the important role the media and truthful information needs to play.

"But I am optimistic. I’ve had the chance to speak to university students in the UAE and the US, and I find young graduates hungry to enter the news and PR professions and find ways to integrate more visuals into how we communicate.

"It has the potential to lead to a place of better understanding, which is the entire point of communications. The biggest challenge is the rise of ‘fake news’ and those who attack mainstream media as a political tactic, which is eroding trust in our media outlets, facts and the truth.

He added: "Truth is under attack, and it’s up to both the news media and the PR profession to defend it – and also admit when they get it wrong, as can happen with any human institution. A few years ago, you could ignore external stakeholders (and internal ones, too) to a much greater degree than you can today. Business has just become too transparent, and if you aren’t telling your own story, someone else will tell it for you – and not always in a positive way.

When it comes to the PR profession in the Middle East, few names are as well known as that of Lott.

Responsible for Mubadala's brand and management of the group’s corporate communications requirements, he told PRWeek Middle East that he is "privileged" to lead "one of the best teams in the industry".

"I try and orient my day to give my team the authority they need, and my executive colleagues the best advice possible," he said.

"The variety of my job never ceases to amaze; morning media inquiries from Colombia or evening interviews from Hong Kong are typical, with a great deal of Abu Dhabi, North America and Europe in between."

The past few years, have been marked by "two dramatic, evolutionary events for us".

"One, tripling in size to a portfolio of over $200bn, thanks to the merger with IPIC and the addition of ADIC into the Mubadala Group; and our international expansion. We’re now investing in over 50 markets across more than 100 portfolio companies, via six Mubadala offices, so keeping them aware of our corporate story, our values, our brand narrative and our purpose is essential to maintaining a Mubadala culture.

"Looking ahead, I think we’ll continue to grow and expand, into new sectors and geographies." 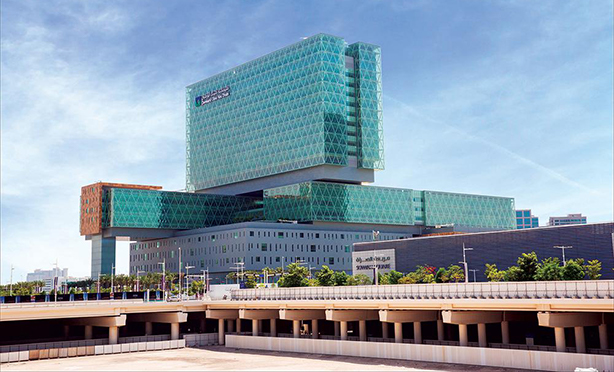 Beyond Mubadala, Lott has served as chair of the Middle East Public Relations Association (MEPRA) and as a member of Zayed University’s International Advisory Board. He has more than 30 years of experience in public relations.

He joined Mubadala in 2012 after serving as executive director of communications at the Advanced Technology Investment Company (ATIC), a Mubadala-owned business created in 2008 to make significant investments in the semiconductor industry.

Lott began his professional career in Washington, DC on Capitol Hill, as a chief of staff to an Illinois congressman.

"But I had studied in London and always wanted to work overseas, so I left US politics and worked for Burson-Marsteller for 10 years, moving to Germany and managing a global team supporting one of its largest clients. I came to Abu Dhabi in 2009 as part of Mubadala, then assumed the CCO role in 2012," he explained.

"Burson gave me a deep understanding of corporate communications, working as a consultant to companies across the spectrum of technology, aviation, transportation and government.

"It allowed me insight and empathy into the challenges that CCOs face, including pressures from their executives and boards as well as the grind of making quarterly numbers and managing resources.

"Unlike not-for-profit or academic PR, or marketing, corporate communications is really working to articulate the voice and vision of the CEO and his or her leadership team – something that I find akin to politics."