There’s no doubt about it. Brexit is a planet-sized issue that is pulling everything into its orbit.

The problem is it’s so close in our vision that it’s eclipsing an entire universe of even bigger troubles, ranging from climate change and artificial intelligence, to the vast issues facing old and young.

To complicate things further, the digital revolution is forcing us to re-learn how to communicate effectively – with many still clinging to the old ways.

The field has been left clear for an army of often inept politicians, ideologues and cranks.

Too often business stands on the sidelines, hoping not to get its fingers caught in the mangle of debate, muttering frustration while not realising that if it won’t speak up on the things that matter to it, no one else will.

It’s not just about duty (though a bit more of that might be desirable); it’s more existential.

Business can no longer assume the things it’s become used to in most developed economies (including stable government and the rule of law) are here to stay.

As the former foreign secretary, and current Teneo senior adviser, William Hague, points out, the most important political speech of the last twenty years was not given by a western politician but by China’s President Xi.

He made the case that liberal democracy is not the only workable system on offer.

China has an alternative: long-term planning, without short-term instability of a disruptive electoral cycle. Xi’s point was: he, or someone very like him, will be there in ten to fifteen years.

Recently, we have wondered if our Prime Minister will be here in ten to fifteen days.

If and when we ever get past Brexit, we will find a world whose political centre has shifted towards populism and where economic thinking has moved to the left.

Not so long ago profit was an end in itself, the shareholder king and a Labour cabinet minister saying he was "intensely relaxed about people getting filthy rich" seemed normal.

Not any more. The ethics and approach of business is in the spotlight. It is now normal for people across the political spectrum to question the very basis of capitalism itself. 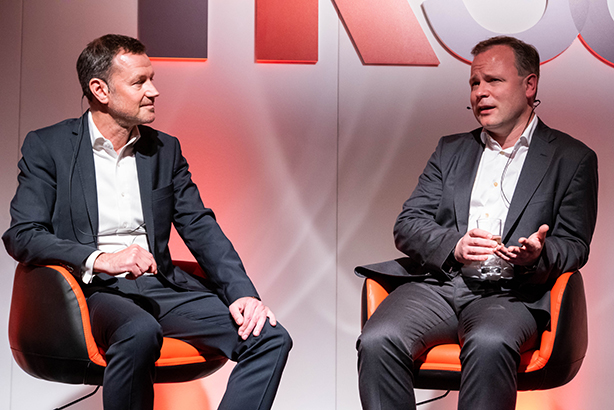 I suspect the next general election will in part see a policy run-off between political parties inventing ways to slap business, finding it’s easy to hit a target that hasn’t invested in ensuring people understand its value.

When Boris Johnson said, 'Fuck business!' many were horrified. But too many cheered along.

When Boris Johnson said, "Fuck business!" many were horrified. But too many cheered along.

People who understand strategic communications are a big part of the solution.

Too often they represent a secondary function in business, brought in way downstream of a major strategy conversation.

More to the point, too few business people get that they need to engage on an emotional level.

Very often great analysts or technicians need to be reminded that a compelling argument isn’t enough.

They also need to make a connection at a gut level. I learned this to my cost in the EU referendum.

People weren’t really arguing about if we should or shouldn’t pool our sovereignty, be part of the world’s largest trading block, or even if they would be richer or poorer.

Something deeper was going on and the failure to understand that led us to a very bad place.

The establishment, which I was very much a member of, had stopped communicating with people who were effectively saying, "Stop the world, I want to get off."

Politics was just the canary in the coalmine of an issue that’s now affecting everything.

But too often business isn’t learning the lesson, failing to grasp the basics of communicating in an often incoherent world.

This is not time for faint hearts. It’s time to realise: silence has a price. If you don’t define yourself, others will define you.

Good advisers help business to remove barriers between themselves, stakeholders, the media and the wider public, understanding the need to make emotional, as well as rational, connection.

It’s not enough to commentate on change – a displacement activity for actually doing something. It’s time to be architects of that change.

In practical terms that means being willing to be more assertive in taking your business out of its defensive crouch – and taking on a posture that is more open and engaged, based on a a new, strong, clear narrative that is as emotionally savvy and values-driven as it is rational.

It you do not have trust – and an emotional connection – you will not be heard.

The number-one complaint from Government about business is that it won’t speak up – merely seeking private meeting with a shopping list of asks.

In reality, they want and need partners willing to help with the big issues. Go in with that mindset. Forge coalitions of the like-minded while engaging with most who challenge you. Quite often, they have a point.

It also means insisting you are equipped to communicate in a world where social media is now number one. Most businesses are way off the pace.

It may cost some money and take many out of their comfort zone, but not doing it will be more expensive and more painful in the long run.

In short – it is time for communications experts to take their place at the top table and find the voice they have so ironically and tragically lost.