Strong words were directed against procurement at a session on the pitch process, with the function described as a "shit show" by Taylor Herring boss James Herring.

Other panelists were quick to distance themselves from such strong language, Flack noted...

That’s not what you said to me earlier ??

When you drink way too much coffee before a speaking engagement...#sorryprocurement #PR360 https://t.co/R7rMmMmv37

Going for the jugular on awful pitch

How’s this for a nightmare PR pitch?

In the same pitch process session, WE Communications MD Ruth Allchurch recalled a time when she was working at Diageo and the comms team were encouraged to do things differently when pitching.

Examples included inviting different types of agencies to the mix and using phrases like 'shoot for a 10 but it doesn’t matter if you get a two' - when it actually did.

"We had some atrocious examples of where agencies went massively off piste," Allchurch recalled.

"There was an example for [a brief for] Pimms. His is an agency that we didn’t appoint but they took the bravery part of the pitch far to literally."

The agency, she said, had not read Diageo’s marketing code, which focuses on responsible drinking; for example, making sure there’s no link between drinking alcohol and social or sexual success.

"They came in into an inter-agency environment and presented an idea called ‘Get Your Jugs Out’.

"I had fought for about a year to get a PR agency in the room so you imagine how I just died... it’s very easy to get it wrong."

Allchurch (pictured) said an example of a good pitch was for Morrisons where they "ditched the PowerPoint and invited us in for a conversation". "More clients should do that." 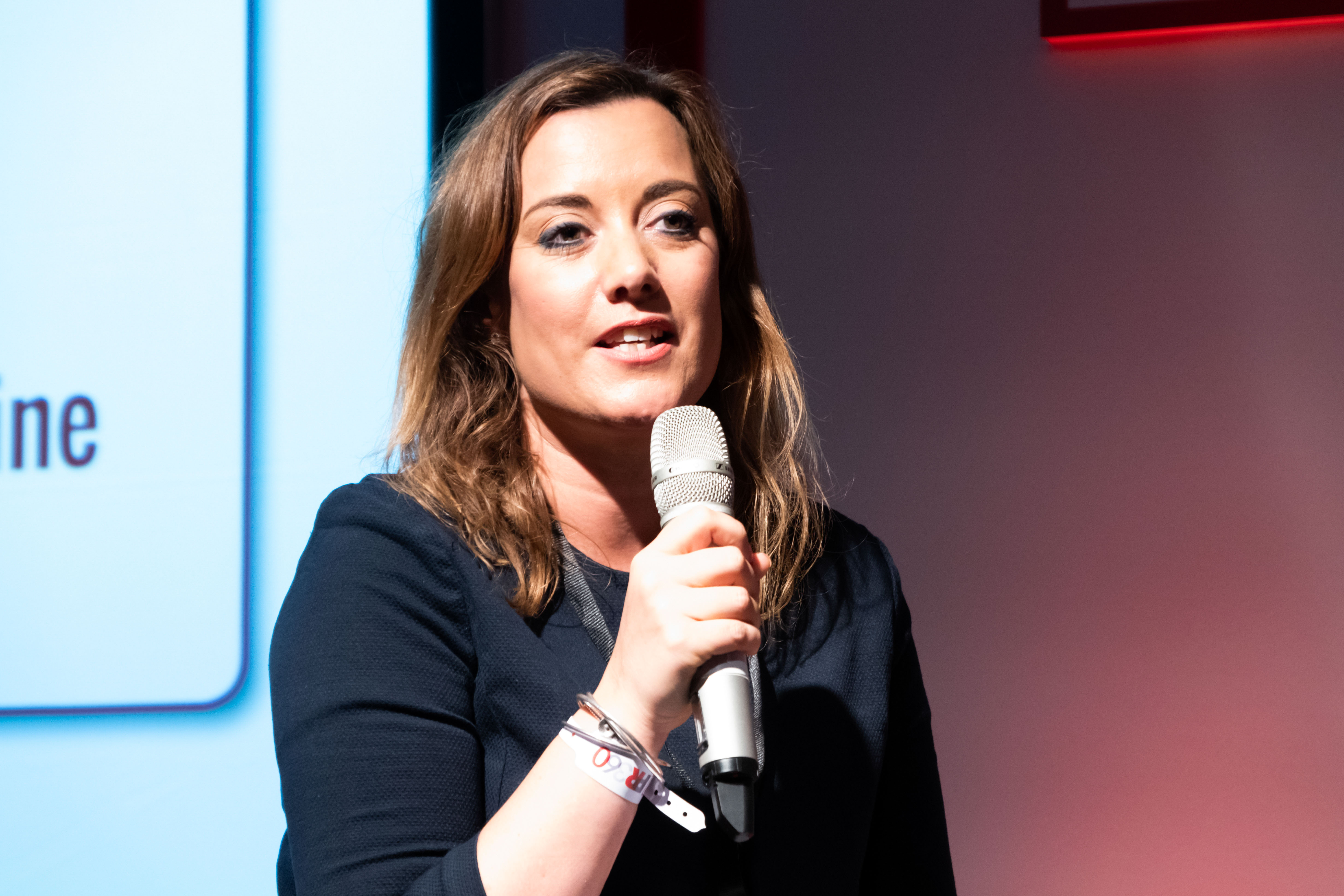 Why is PR stressed?

Staying with alcohol, and in another session that asked whether PR can 'do it all', Thomas Cook head of comms and marketing David Child had a somewhat sobering theory about why PR people are so often at the end of their tethers.

"A much more talented former colleague of mine said that the PR industry and people are inherently stressed out, whether they are drawn to it because we are anxiety-ridden people or because we are driven to drink because of the nature of the industry," he said.

After elaborating for the next few minutes about why this is so, Childs shared a tip with coping – "gin helps".

?@davidchild? is very candid when he tells #pr360 that comms is an inherently stressful occupation because it’s impossible to control the ‘output‘. ‘Gin helps..’ pic.twitter.com/A0ScRj8BZ0

A fight to the end

As the session drew to a close, Reuters VP of communications Jamie Austin offered a piece of advice on how comms professionals should deal with marketing.

"Fight them, defeat them and then subjugate them," he said, to a round of applause.

Fyre it up (again)

Could Fyre Festival be coming back? Ja Rule - the rapper and co-sponsor of the high profile festival flop – is reportedly looking to launch a new music event, dubbed Fyre Festival 2.0 by some.

Speaking about lessons from Fyre for influencer marketing – the event famously attracted huge interest due to its glossy influencer-led publicity campaign – panellists at PR360 discussed the prospect of a re-run.

"I think if they do it again it would sell out straight away," said Alfie Deynes, the Youtuber and blogging star (pictured). Deynes said he wouldn’t personally buy a ticket but added, cheekily: "I think there’s a market for people who are so interested and want to see it fail." 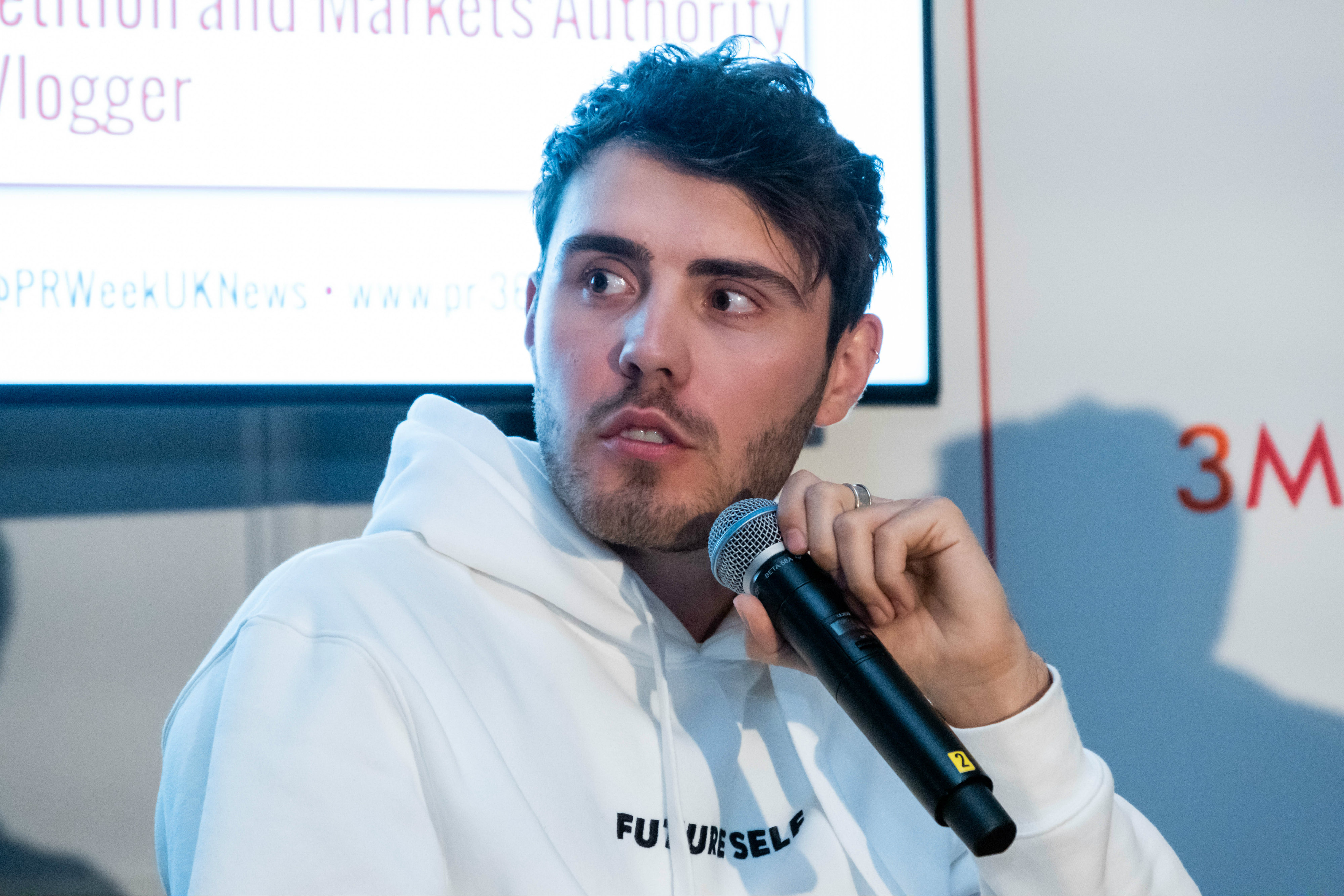 Asked what advice they would give organisiers of a rebooted Fyre Festival, Katie Hunter, social and influencer lead at Karmarama, said sardonically: "Do the marketing the same but have something for people to go to at the end."

And panel host Philip Trippenbach, UK head of influencer at Edelman, quipped: "You can imagine the strapline: Fire festival 2.0 – this time it might happen."

Peter Marks, boss of the UK’s largest nightclub group Deltic, gave some interesting insights on PR from a CEO perspective at the conference.

One such related to his time in TV show Undercover Boss, recorded soon after he took the helm in 2011, saw Marks visit some of his company’s venues disguised as an employee to better understand the state of the business. 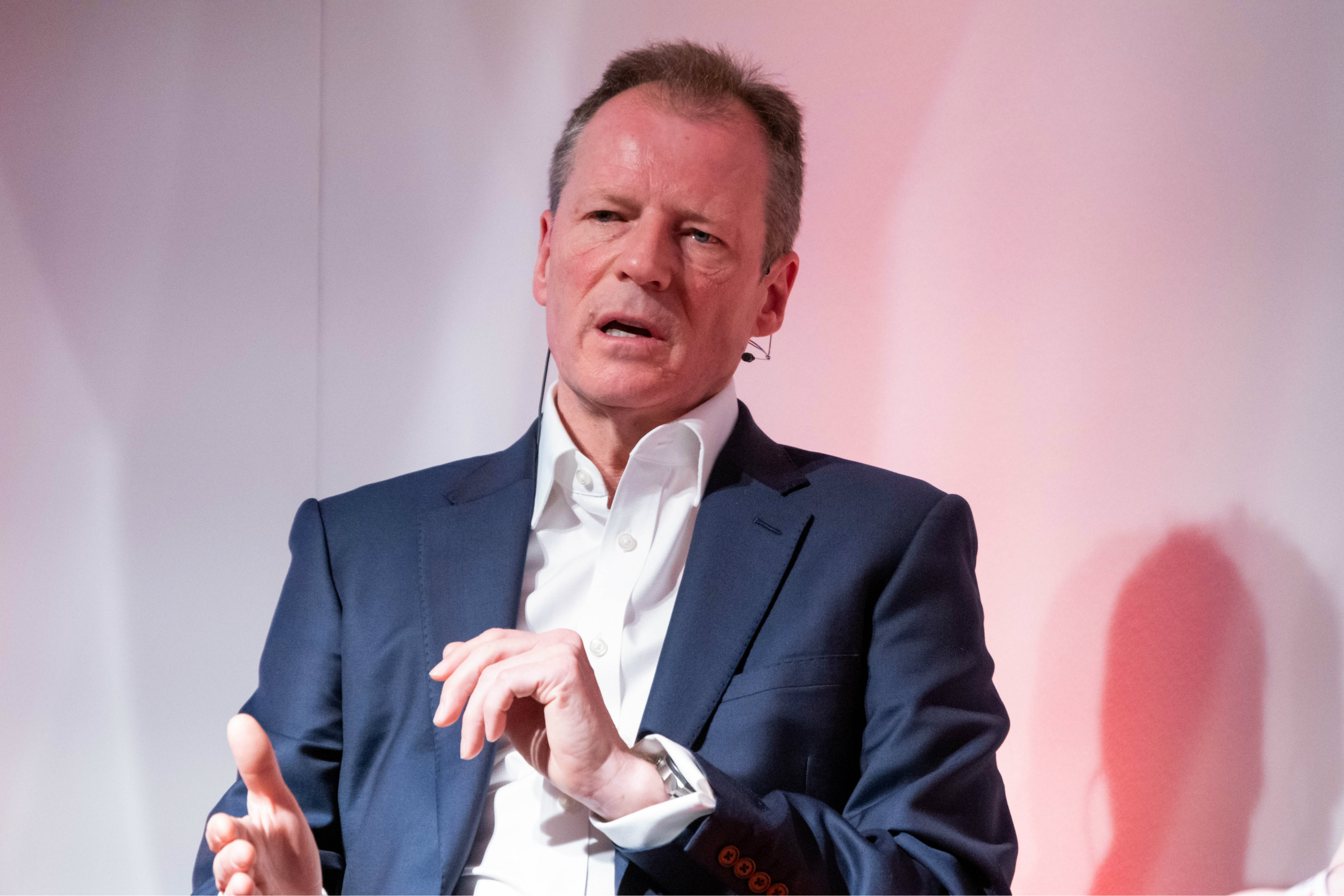 A risky move, from a PR perspective?

"It was and it wasn’t," Marks stated. "Everybody is going to have the same question when you go and meet the producers of Undercover Boss, and that’s ‘what if I look a complete idiot, there’s stuff out there that isn’t very nice and I’m going to get criticised for it?’

"What he said was: ‘Actually, the worse the first 40 minutes of the programme is, the better you look in the last ten. It’s quite a formula – if we stuffed you, no one would ever come on it.’ With those uncontacted words I took a risk and I did go on it."

Sound advice for any PRs whose clients or bosses want to let themselves in to a ‘warts and all’ TV expose.

What’s in a name?

Onto the evening, and BBC media editor Amol Rajan gave an absorbing and enlightening after-dinner speech on the state of the media, PR, tech and more to the combined audience of delegates from PR360 and sister conference Media360.

Rajan opened with this tale about the difficulties of his name. "If you’re wondering, it’s prounced ‘a-mole’, which has been the bane of my life for some time, especially when I worked for the foreign office years ago. I would ring people up and say, ‘it’s a mole from the foreign office’…"

BBC media editor Amol Rajan: '95 per cent of comms from PRs is crap'

PR360: 'Our industry has not risen to the age of purpose'