The Dean Street Prime campaign, which began in May 2016, directly targets sexually active gay men with a greater than one in 10 chance of contracting HIV within 12 months, providing them with advice and support to lower the risk. 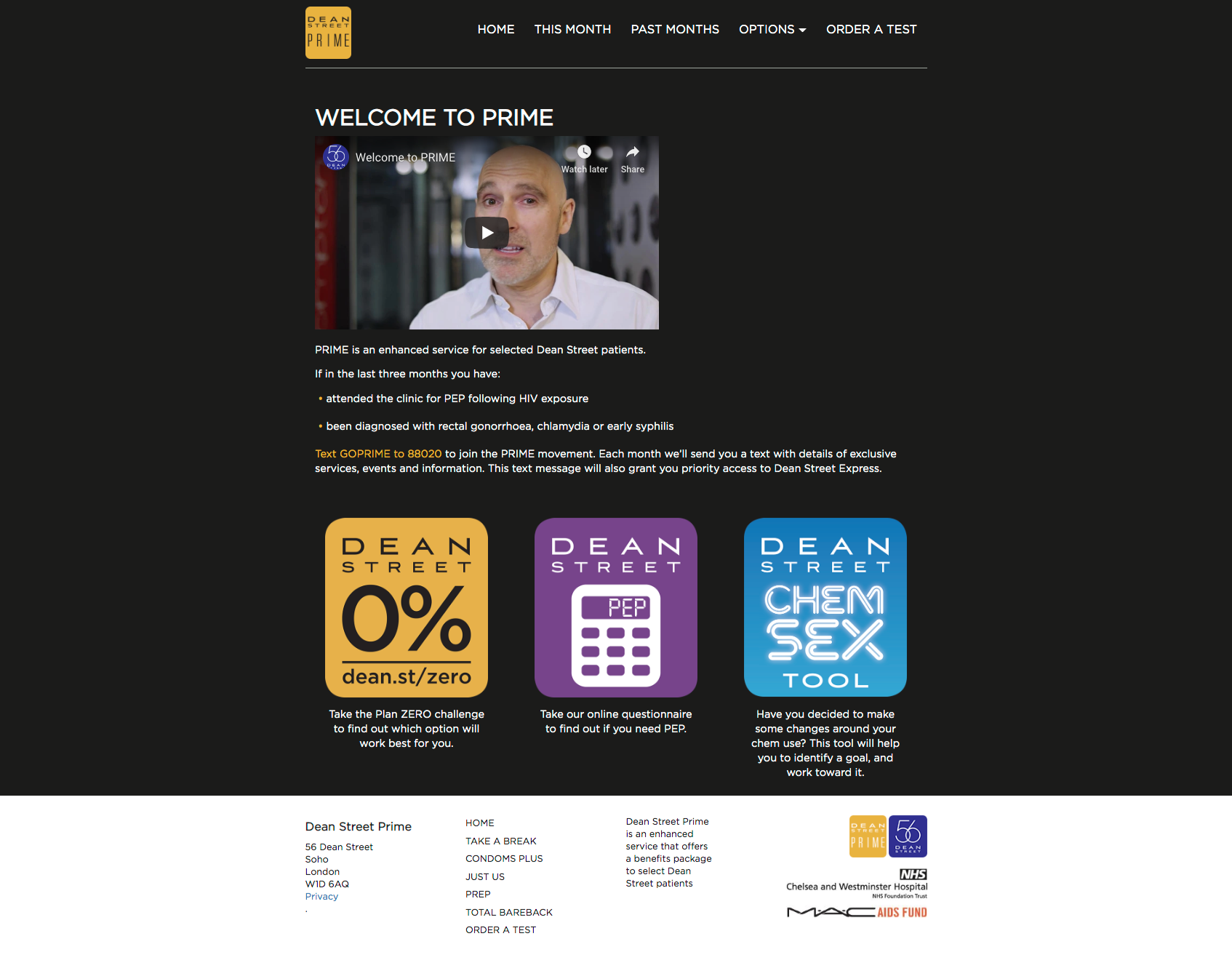 An algorithm was used to identify people on the clinic’s database who were at high risk of contracting HIV, and they were invited to take part in Dean Street Prime, described by the clinic as "an enhanced service that offers a benefits package to select Dean Street patients".

People could choose from a range of support packages, such as taking short breaks from sex, having a safe and monogamous relationship, and the importance of using condoms for protection.

The campaign also gave advice and information on drugs taken before or after sex that can prevent people from being infected with HIV, as well as the need for regular HIV testing for people having sex without taking any precautions.

Messaging was delivered through a dedicated website, with text messages alerting its members to new content which was developed and curated by the HIV and gay community. 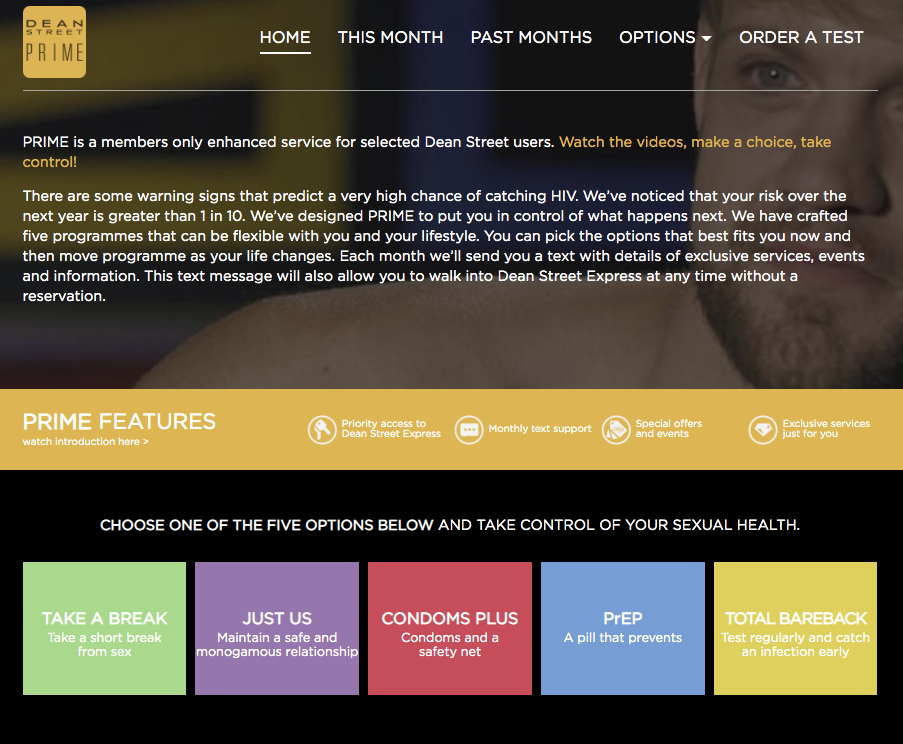 Last year the clinic commissioned an online TV series, 'The Grass is Always Grindr', which centred on a young gay man called Joe and wove sexual health information into storylines that tackle issues ranging from open relationships to using recreational drugs. Episodes were released on the campaign website. 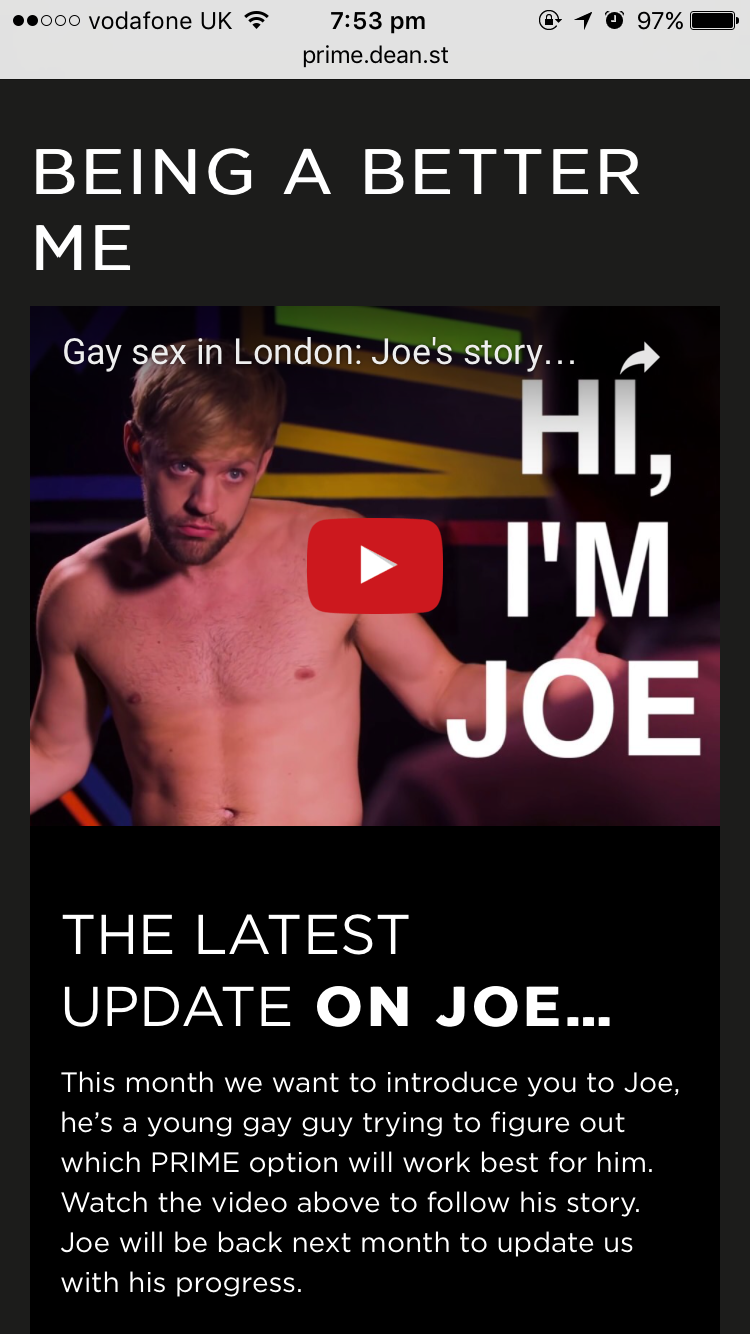 The original aim was to get 1,500 gay men at high risk of contracting HIV to take part in the Dean Street Prime campaign within six months of its launch, and to halve the infection risk of becoming HIV+ within 12 months. In the first six months of the campaign, 1,780 men got involved.

Although it was supposed to last for just one year, the campaign's results have prompted it to be continued on an ongoing basis. Three years after it began, there are now more than 8,000 individuals taking part.

A survey of some of those involved revealed that seven out of 10 (69 per cent) claimed they now take fewer risks in their sex life and nine out of 10 (89 per cent) said it has helped them stay HIV-negative. 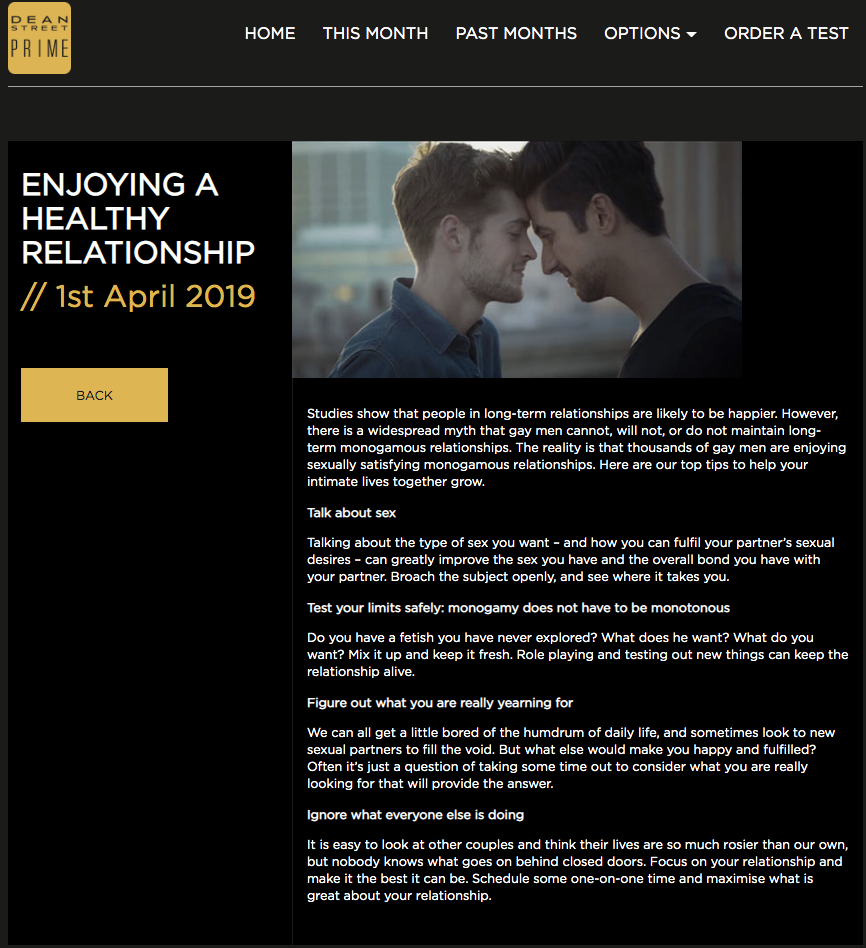 An independent analysis of the campaign’s impact by Public Health England found a 94 per cent fall in HIV infection risk among members of Dean Street Prime, representing a lifetime NHS saving of £17m.

Pieter de Meer, senior account manager at 20SENSES, commented: "This is the first time a sexual health database has been used to create a tailored intervention with such meaningful results."

He added: "We’re catching the highest-risk people before they fall with a message that means something to them. It’s turned into a movement of people who are proud to be taking back control of their lives. With a 94 per cent reduction in HIV risk, it’s a game-changer."