PRWeek's five favourite campaigns in April contest produced another nail-biting thriller, eventually won – with more than 650 votes – by Xbox for its innovative Visit Xbox campaign. The gaming titan reinvented some of its big hits as tourist destinations and threw in an interesting tie-in with Rough Guides for good measure.

In runner-up spot, with 577 votes, was the much-talked-about, self-deprecating 'Probably Not' campaign from Carlsberg. 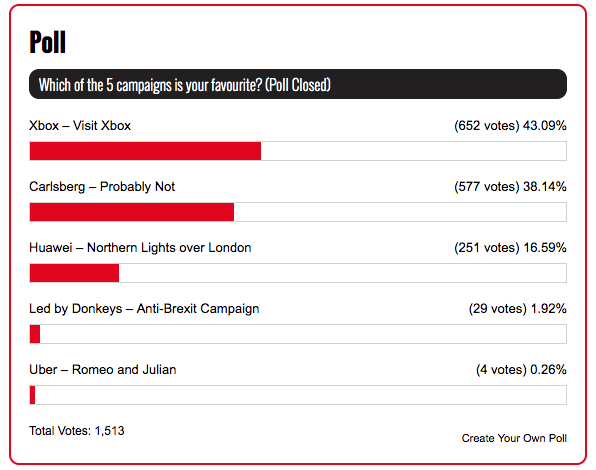 Xbox took a leaf out of the classic tourism marketing book by reinventing some of its games as tourist destinations. A film profiled real and fictional locations that can be explored inside games including Assassin's Creed Odyssey and Forza Horizon 4.

The campaign, created by McCann London, promoted the ability to explore spectacular environments within its games. The aim? To highlight the graphics of Xbox One X Enhanced games, which have been either updated or built specifically to take advantage of the improved Xbox One X console. It also included a clever partnership with Rough Guides, which is writing and publishing a guidebook of gaming worlds.