Greenhouse PR was appointed to expose the oil companies’ attempts to capture the narrative on climate change by using the data to equip key investors, campaigners and policymakers with evidence to drive oil companies to take greater responsibility on the issue. 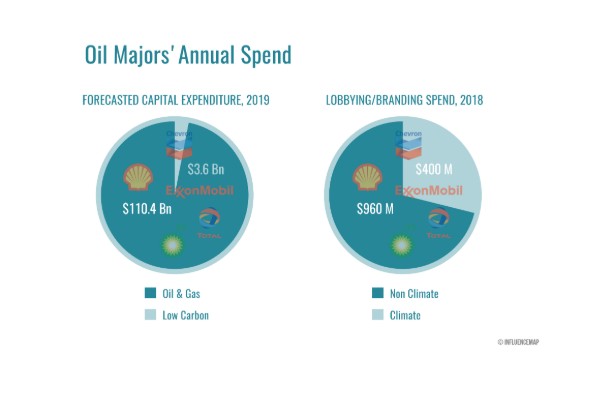 Part of the strategy involved the development of a simple narrative that presented the data objectively while creating simple, shareable infographics. At the same time the media pitch was adapted for different geographies (Europe, US, Australia and Canada), to tap into political and climate-related narratives in each region, and an influencer community was built on social media to secure endorsement from key spokespeople, boost credibility and maximise impact.

The report’s launch secured 64 pieces of international coverage, including 18 articles in national papers across nine countries. It exceeded KPIs by 337 per cent, and the InfluenceMap Twitter community grew by 53 per cent in the week following the launch. In the second week, Shell cut its ties with US-based anti-climate lobby group, the American Fuel and Petrochemicals Manufacturers.

Dylan Tanner, founder of InfluenceMap, said: "Greenhouse PR’s work has transformed our organisation. We could not have achieved such extensive global coverage without their expertise, creativity and commitment. The report’s wide use by influencers has delivered a body blow to the oil industry and its lobbyists."

Will Aitchison, account manager at Greenhouse PR, said that the campaign showed how PR can take vital information and use it to effect real change.