Auto shows may have lost some of their luster, but consumers, journalists and retailers will flock to them as long as they can wow their audiences, say PR pros and industry experts.

A year ago, Herbert Diess, global chairman of Volkswagen, proclaimed that "motor shows are dead," summing up an industry reevaluating how it unveils products amid questions about whether those time-honored venues are no longer a can’t-miss event.

Hyundai, and its communications director for the Americas Jim Trainor, pushes back against that statement. The key is offering something extra, according to Trainor.

At this year’s New York Auto Show, Hyundai is integrating augmented reality into its presentation for the first time, he says, with an incandescent video and pulsating electronic music designed to awe.

"I think it’s smarter to try to find exciting ways to use the auto shows to your advantage, not run away from them and try to find something different," Trainor explains.

The floor of the show was starting to empty on Wednesday afternoon, but a few stragglers milled around, including some PR pros eager to see what their competitors, especially Subaru, were doing.

Subaru’s display led to a "forest" constructed with artificial rocks, fake brush, a panoramic display and a digital canopy. It set the bar for spectacle at the Jacob K. Javits Center in New York City.

When it unveiled the Outback 2020 on Wednesday morning, it showed a brand film demonstrating Subaru’s commitment to and love of the National Parks system to a packed press conference. Mist spewed from an on-screen geyser as the Outback rose from a boulder. 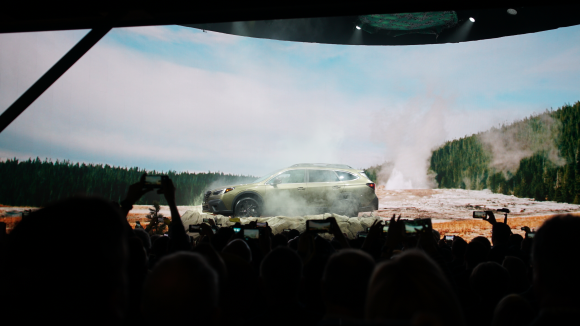 Attendees, including some communicators, sang its praises. Nathan Boomey, a business reporter at USA Today, tweeted that Subaru is "just head and shoulders above the competition in style, marketing."

Watching Subaru on this hot streak is like watching Mike Trout play baseball or James Harden play basketball — just head and shoulders above the competition in style, marketing. Relentlessly on brand. #NYIAS pic.twitter.com/OKdbXGDA5E

Tammy Sultana, a consultant for Toyota who’s attending the New York Auto Show for the first time, says the show packs a "wow" factor. She predicts the industry will continue to unveil products off-site when it makes sense, but auto shows provide value.

"What I think is good about auto shows is it’s a one-stop shop for consumers, where you can see all the products under one roof," Sultana explains. "If everyone is doing off-site debuts, it’s impossible to get thousands of media from all over the world to go to different debuts."

Trainor says he understands the trepidations of his peers when it comes to auto shows. Car companies are reluctant to share the stage with competitors. Auto shows aren’t cheap, either. Trainor motions at one of the hundreds of plastic chairs, noting, "That one chair cost $87."

That says nothing of the bandwidth required, the months of preparations, or the 15-hour workdays during Auto Week. Trainor doesn’t dispute that auto shows need to evolve; he just says the platform they provide is indispensable.

"There’s a difference between ‘different’ and ‘better,’" he explains. "I could do ‘different,’ but I’m here for results."

Something different
PR pros are increasingly turning away from auto shows as the venue of choice to launch their latest models and interact with members of the media. Ford rolled out the 2020 Explorer this year at an event at Ford Field, the home of the Detroit Lions. More recently, it launched the 2020 Escape with an activation called Escapeville.

"We want to unleash our creativity and storytelling in different ways with product launches,"  says Mark Truby, VP of comms at Ford. 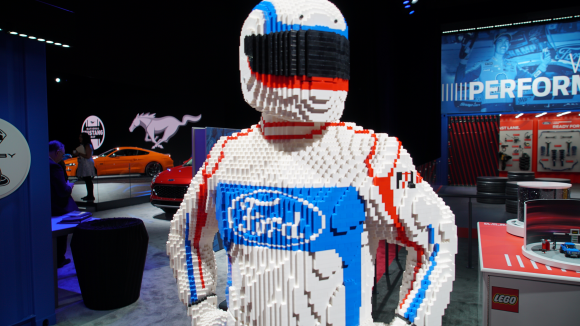 For Escapeville, Ford transformed blocks of Greenfield Village, a historical town in Michigan, into a village decked out in its iconic blue. Truby says Ford even considered taking over a ghost town before settling on Greenfield.

Instead of having to capture the attention of a scrum of journalists rushing from one 20- to 25-minute press event to another, reporters could stay in Escapeville for hours at a time. Ford also invited dealers and automakers to the village, as well.

Truby say auto shows are "a great way to reach the masses," but they’re less effective "as a new-product-launch venue, because you’re trying to outcompete 15 of your best friends and closest rivals for share of voice."

However, auto shows are the only place where brands can bring together hundreds of thousands of motivated buyers. For Ford, it’s an opportunity to update its Lincoln story for its target audience: well-educated, higher-income, savvy buyers. Its presentation by Joy Falotico, group VP of Lincoln Motor and CMO, leaned heavily on its language, "quiet flight." 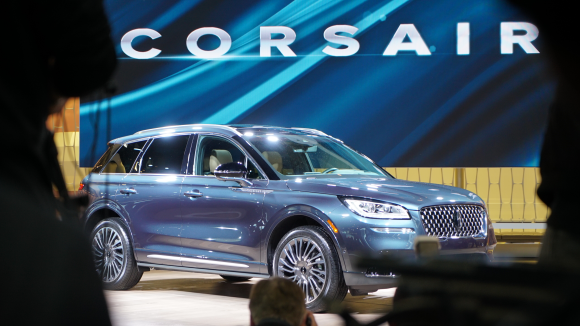 "Lincoln makes sense for New York," Truby says. "But for something like the all-new Bronco that’s coming up, probably the first time you see it is not going to be at an auto show. There’s such interest for that vehicle, we want to tell it on our own stage. You wouldn’t want to share the headlines with anybody that day."

Ford was also celebrating its iconic Mustang, which is marking its 55th anniversary this year. (Five years ago, Ford assembled a Mustang on the observation deck of the Empire State Building.)

Even Trainor, Hyundai’s auto show stalwart, says he isn’t blind to the times, and is mindful of not being the last brand at a show when the lights are turned off. He notes that Hyundai has launched vehicles in the IAC Building in New York this year.

"We got to evolve and make sure they work in the way we want them to," Trainor says. "To me, that doesn’t just mean leaving and trying to figure out something else."

Nissan’s marketing and comms departments take the view that auto shows serve a different purpose than their "brand centers," many of which are permanent installations, such as the Nissan Crossing in Japan.

"Brands are looking for ways to get in front of consumers for launches. If it happens to be an auto show, that makes sense," says Allyson Witherspoon, newly minted VP of marketing comms and media at Nissan. 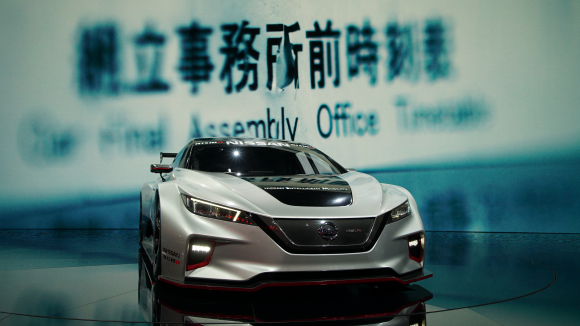 Located in one of the busiest districts in Japan, the showroom is one part tourist attraction, one part storytelling device, explains Dan Bedore, director of Nissan division comms. However, none of its concept cars and classic cars are on the market. They’re on display to engage consumers and build the brand.

While Bedore notes there are evolutions for auto-show press days, he says public days are effective ways to reach consumers.

"One of my favorite stats is that 40% of people at an auto show add a new brand to their consideration set," he says. "Auto shows have a really good purpose to serve to support our retail network. The evolution is in press days, but that’s what we all see, because most of us don’t end up going on public days."

Witherspoon notes that even as car companies angle for a "mobility" future, auto shows will still have a place, Witherspoon says.

"It’s about how you activate it. It gives you the opportunity to have consumers sit in the car," she says. "You can’t drive it obviously, but it there are other ways to explain the technology in a way that’s more captivating than watching a YouTube video, for example."