Mental wellbeing is a clear focus, and more than 10 per cent of staff are trained mental health first aiders – purple flags on their desks signify who they are. The launch of "Be The Mate You'd Want" campaign with CALM from UKTV channel Dave was marked with an all-company presentation from CALM's CEO, focusing on the power of small gestures.

A 'Wellbeing Group' discusses initiatives to tackle mental health stigmas. Throughout Mental Health Awareness Week, employees were invited to ‘anti-desk’ yoga, sleep improvement clinic and a healthy taster table. On Time to Talk Day, they were encouraged to take a break for tea and a chat.

To address the strains of an ‘always on’ culture, a community management agency oversees UKTV’s social media accounts between 6pm and 1pm, dealing primarily with reactive comms. Out-of-hours emailing is also not allowed; instead, the comms team has a Whatsapp group to flag up urgent issues.

To encourage a wider variety of applicants, UKTV shunned traditional work experience, which can lead to nepotism, in favour of apprenticeships. The whole company has undergone unconscious bias training and, recognising that it could do better regarding ethnic diversity, it has partnered with third parties to begin developing diversity campaigns.

Flexible working for parents is offered, and a pro-parenting culture comes from the top, with CEO Darren Childs sometimes bringing his children into the office. TV screenings are sometimes laid on for the children of employees who need to be in the office due to childcare commitments. 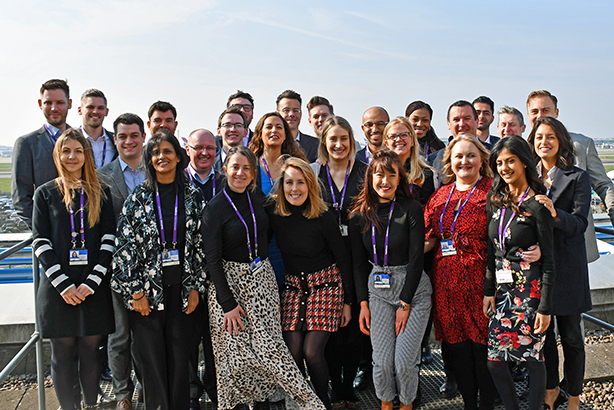 The commendable steps taken by Heathrow’s comms team to relief much of the stress that inherently comes from handling PR at Europe’s busiest airport impressed the judges in the in-house category.

A "fundamental shift" has occurred regarding staff wellbeing in a such a challenging environment that often requires round-the-clock comms support. Much of this comes from being more selective about the work taken on - with priorities reviewed every week - and a greater focus on shift work. A time off in lieu process is in place across the comms team for busy periods when working outside hours is required.

Given the high proportion of employees from elsewhere in the EU, Heathrow was among the first companies to agree to pay for settled status of staff.

The generous sabbatical programme for long-serving staff allows those who have worked at the airport for five years take up to six months off.

To steer clear from nepotism in its work experience programme, the team has a policy of only taking young people from the local area, which also helps moves towards diversity.

Who were the Best Places to Work Awards winners last year?