Tributes have poured in for Cake’s former head of PR and media strategist as family and friends paid their respects at her funeral over the weekend.

She was widely admired in the industry for her media strategy and publicist work at Cake, where she spent more than a decade during two stints.

Jodie also worked as associate board director at Mischief and as a publicist at Borkowski PR earlier in her career.

Helen Rainford, managing partner of Smarts London and a close friend, first met Jodie about ten years ago at Cake.

"Wherever she was, or whoever she was with, her energy was infectious," Rainford told PRWeek. "She demanded respect, but always with a twinkle in her eye. ‘I want to be like her’, I’d say to myself."

"She was the one who came over to my flat at the weekend to help me write my first ever ‘big pitch’ (we won)," Rainford continued.

"She was the one who convinced me that midnight margaritas the night before an 8am client meeting ‘would be fine’.

"She was the one who would defend me but, equally, tell it to me straight when I was being an idiot."

Rainford, who regarded Jodie as one of her closest friends in and outside work, recalled her friend’s ‘inspirational’ strength and positivity during the good times and bad.

"Despite the breast cancer, rheumatoid arthritis, and everything in between, she found joy in the most unlikely situations and helped others do the same," Rainford said.

"When she had a mastectomy, she threw a farewell party for 'her lefty'. When she was meant to be resting up, we found her on Newsnight talking to Jeremy Paxman about cancer.

"When she had her hips replaced, she christened herself The Bionic Woman. When the doctors told her to ditch the heels, she bought the most fabulous silver flat shoes and put Uber on speed dial." 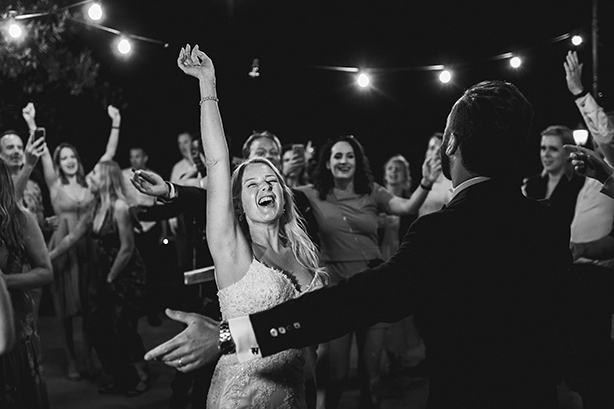 One of Cake’s all-time greats

Cake’s founder and former CEO Mike Mathieson recalled how quickly Jodie hit the ground running at the agency and made a mark as one of its all-time greats.

"Some of Cake’s finest moments, from turfing Trafalgar Square to bubble wrapping streets, were undertaken with Jodie at the helm and everything felt better and safer because of it," Mathieson said.

"Jodie will always have a place in the Cake all-time line-up, not only because she worked with us in two stints for over a decade, but because nothing was a problem and everything was doable.

"Even through her earlier illness, she wrote about it so bravely with great humour and warmth in The Huffington Post. She was the epitome of a sunny disposition and always with her signature smile and twinkle in her eye. She made some of her greatest friendships at Cake and we will miss her."

‘She enriched so many lives’

Another former colleague and Cake MD, Chris Wood, described Jodie as supremely talented and "a winner of business who made pitch promises (usually mine) come true with acres of quality coverage (all hers)".

He added: "Jodie’s professional skills were as nothing compared to her qualities as a person. She was genuine and generous, ebullient and empathetic. She was a teller of wonderful stories - many told at her own expense as she gave full rein to her acute sense of the ridiculous. I hope that, in time, Jodie’s family will draw some consolation from the fact that during her all-too-short time on Earth, she enriched so many lives, mine included."

Jodie decided to donate her organs after she died – which underlines the caring spirit that she is well known for.

The Academy founder and CEO Mitch Kaye worked with Jodie during her time at Mischief.

"I’d known about Jodie for many years, and luckily she chose to join Mischief. Before she even started, she got ill and had an incredibly difficult time during which we did our best to support her, and in this period of time I got to know her well and saw first-hand her incredible bravery. I also saw someone who loved her job, loved her industry, and just wanted the opportunity to get back to normal.

Kaye said that Jodie had been in touch last summer and that she had met and married "an incredible man and had a baby on the way".

"The pain we all felt when we heard the news recently is softened only by knowing what absolute happiness she had found and experienced. It is a fraction of the happiness felt over the years by those who were lucky enough to meet and work with Jodie in the time she had."

Friends and family attended Jodie's funeral over the weekend. A Just Giving page has been set up for anyone who would like to make a donation to provide support to Jodie’s young family. 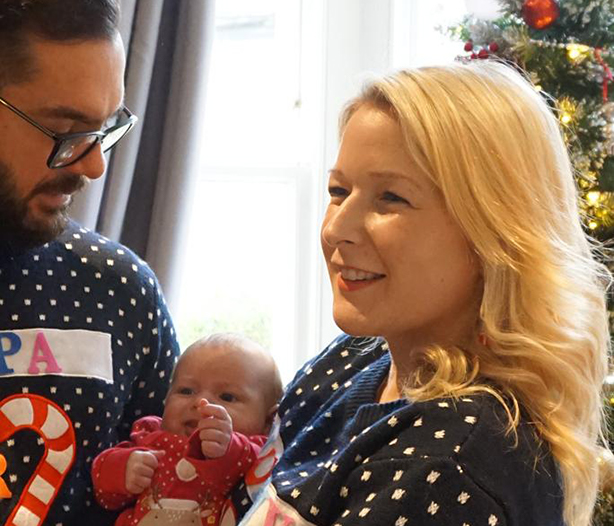 Walter, Lina and Jodie at Christmas