Brown was born in London but grew up in Potters Bar, Hertfordshire, with fields at the back of his house and endless summers spent exploring the surrounding woodlands; a ‘free-range’ childhood, less than 20 miles, but a world away, from the heart of one of the world's biggest cities.

It was while at primary school in the leafy commuter town that Brown discovered what has become a lasting love of politics and history. He would go on to study politics at the University of Nottingham.

Before school each day, he would help his mother prepare breakfast for the residents of the retirement home where she worked. The residents would tell him about their varied life experiences; Brown recalls one man telling him how he had his fingernails pulled out in a prisoner-of-war camp.

"I had small lessons in history from people who would take me aside and tell me about it," he says. "It introduced me to the notion of how to connect with people who are very different to you, as well as the causes of the war. My interest in history and politics came out of that."

After graduation, Brown joined Peter Childs’ recruitment firm, which specialised in comms appointments, and it was there that he spotted a job at the nascent global media outlet Open Democracy, a platform for political debate.

By then, Brown was hungry for a job that tapped into his interest in politics.

He had harboured notions of becoming a journalist but was later drawn to the idea of helping to shape the news behind the scenes, rather than writing it.

Unfortunately, the role was only part-time.

Brown says: "As a working-class person, I couldn’t afford to do that; but Childs, who was a great guy, said to me: 'Don’t worry darling, I’ll keep you on the other two days.'"

It was Brown’s introduction to the world of comms, and he spent his time there handling media relations, organising events and making early forays into the world of social media.

A press officer role at Barnardo's followed. His two years with the charity coincided with the 150th anniversary of the death of Dr Barnardo and an opportunity to place the organisation in the media spotlight. 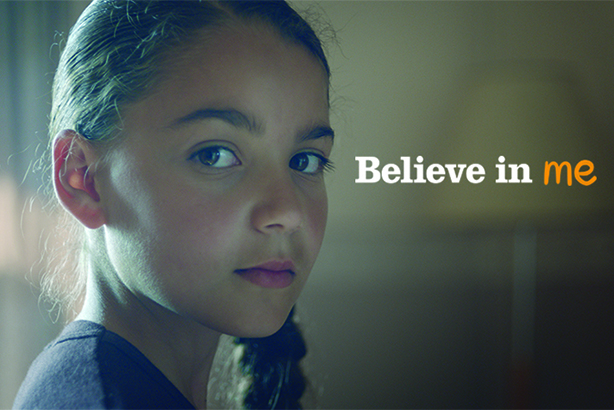 Brown says: "We ran some pretty forthright campaigns, which were designed to shock people regarding how some children were treated; kids whose parents were involved with drugs, or who were being sexually abused, some of whom started to display troubling behaviour themselves."

Stepping up to City Hall

Brown’s next role was to be a huge departure from the supportive environment of a charity: he was plunged into the beating heart of London’s political world as a senior press officer in the Mayor of London’s office.

His four years there, from 2006, straddled the end of Ken Livingstone's mayoralty and the start of Boris Johnson's term – and Brown's inner political animal was now eating at an all-you-can-eat buffet.

Recommending a stint there to fellow comms professionals, he says: "It was an exciting time and a challenging place to work… I enjoyed the lifestyle of being involved in London politics."

It was not all plain sailing, however.

Brown continues: "It was a wake-up call having worked at Barnardos, a charity with an older demographic, which was generally very supportive. I rocked up at City Hall in the middle of the Livingstone era. Ken was increasingly under attack from The Standard and the shutters were coming down on the mayor’s office. It was adopting a bunker mentality. There was not much time for support, to put it mildly." 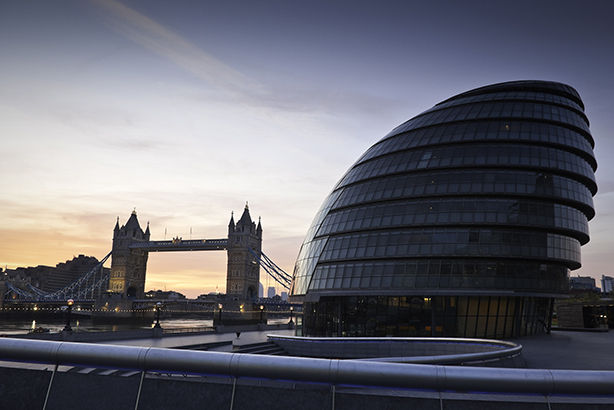 Nonetheless, adopting the premise that whatever does not kill you makes you stronger, Brown emerged from the experience relatively unscathed.

He says: "In those circumstances, you either adapt or you don’t, but it instilled a sense of confidence in me that I survived some pretty challenging periods and people at work."

The comms of Ken and Boris

Pressed to appraise the relative comms styles of the two mayors, Brown reflects on Livingstone’s achievements, including the introduction of the Congestion Charge and winning the bid for the 2012 Olympics.

He says: "Ken’s [comms] approach was rooted in precision. Arguments were fought and won on data and on a real vision for London. Boris, as everyone knows, was not quite so reliant on evidence and was a little more emotive, but he surrounded himself with clever people."

Brown joined TfL in 2010 as its chief press officer, reporting to its then-director of news, Stuart Ross (pictured). 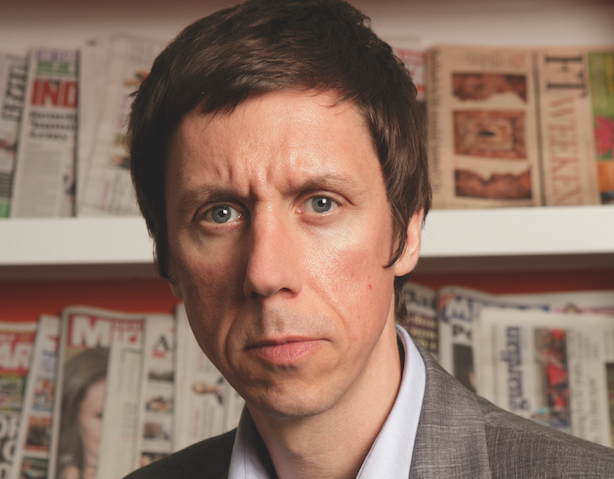 Brown speaks candidly of feeling conflicted about having to succeed somebody he and the team deeply respected. On being asked to take over as director of news, he says: "I was daunted, but I had another emotion too, which was guilt."

Brown talked to his mentor’s parents at Ross' wake. "They told me: 'Don't be ashamed and don't let it worry you.' It gave me the kick to do it and also to lead in a way that Stuart would have wanted; continuing that culture in TfL of creativity, hard work and professionalism."

TfL and the media

Brown has no complaints about how the media reports on Transport for London.

He says: "We’re treated very fairly. We can’t sit there wringing our hands, complaining about a piece of coverage when things don’t go right."

But he also freely admits that TfL can sometimes be a pawn in a larger game, with the current Mayor of London, Sadiq Khan, as its chair. 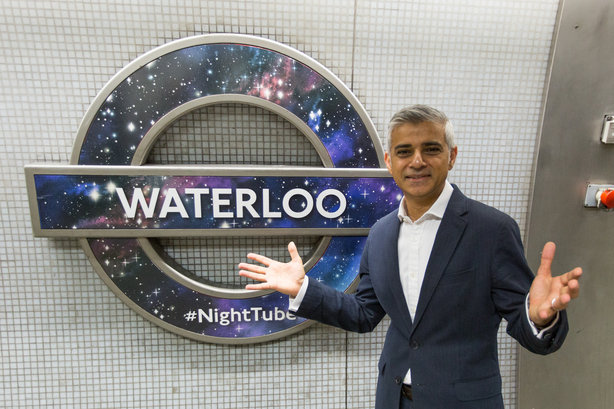 Brown says: "Clearly, there are moments where there will be political attacks on the Mayor and we become the collateral damage in that attack. This is an organisation that is reliant on the state of politics around us, but we’ve got brilliant relationships with journalists of all kinds."

TfL carries out regular polling of journalists to gauge their views on a variety of issues, including the speed of the team’s responses and access to key figures – and it acts on the results.

Like many industry specialists, Brown thinks it is vital to develop good relationships with individual reporters, based on trust.

But the speed at which many outlets publish in the modern media landscape makes the job harder than ever.

"It’s difficult getting individuals or outlets to wait for briefings before they publish online," he says.

When controversy does buffet the organisation, such as that in relation to delays to the launch of Crossrail, Brown does all he can to be transparent with the media.

He adds: "We try to be as open as we can and that is what all public sector organisations should be doing. When you don’t know the answer to a question, you should say so."

It's now eight years since he started at TfL, and Brown’s job has evolved. Last summer his role was expanded to include management of all external stakeholder relations.

TfL stakeholders range from the Prime Minister to the commuters and business community that rely on the network.

In addition, a host of campaigning organisations, including accessibility, parenting and LGBT groups, are potential allies.

Brown says: "There is an incredibly complex matrix of stakeholders whom we need to engage with, understand and reflect the views of… We need to make sure we are hearing all of their views."

A looming comprehensive spending review, which will determine TfL's modernisation plans, means that its relationship with national government is vital.

Brown says: "Currently, we don’t have certainty on funding arrangements in anything but the shortest of terms. If we’re going to have modern signalling on the Piccadilly Line, we need sustained investment from the government to do it."

Do yourself a favour

TfL's Stuart Ross BAME Internship scheme is a fitting tribute to the comms team's late boss. Ross was a firm believer in unlocking public-sector comms to people from diverse backgrounds.

In the 11 years the scheme has been running, 26 interns have passed through its doors. 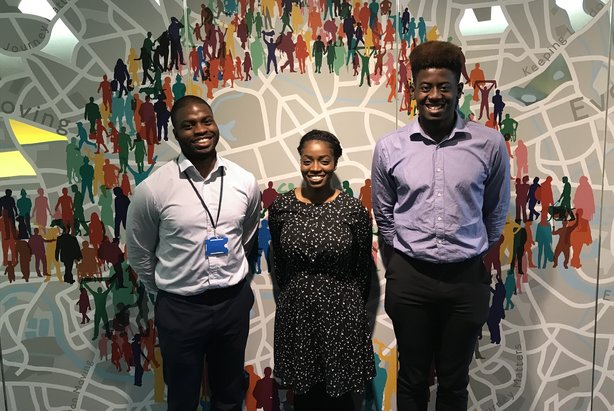 The scheme was expanded last year to include placements in TfL’s public affairs and external relations teams, as well as its customer team, which delivers its behaviour-change campaigns.

The programme is run by TfL head of media Victoria Harrison–Cook – described by Brown as a "wonderful person" – who was made an MBE in the Queen’s birthday honours last summer for services to diversity in PR.

Brown says: "This country is diverse and if you have a monochrome, monocultural team, you are not going to have the range of views and creativity that you would if you had a more diverse team. To give people from BAME backgrounds a chance in this industry is not doing them a favour, it's doing you a favour."

Brown is critical of the public sector’s efforts to become more diverse.

"I am still surprised, when you look at an industry which is London-centric and creative, that we still have such a diversity problem, especially at the upper echelons of the industry… We’ve shown how it can be done, and more organisations should be tackling this problem with action, not words," he says.

Brown argues that public-sector comms still has a long way to go before it can claim to have achieved real diversity, and that PR and comms agencies have little to shout about either.

"Despite the fact there is increasing diversity in public-sector comms, when you go anywhere near the top or when you’re introduced to the top team of almost any government department or large-scale public-sector organisation, diversity does still seem to be a problem." 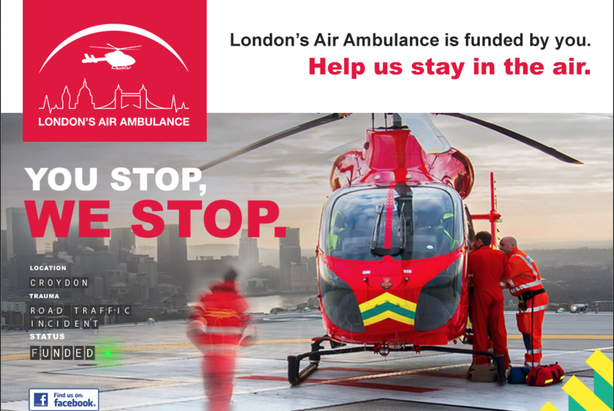 He says: "Everyone thinks it's part of the public sector because it has 'ambulance' in its title, but it's a charity. It does the most amazing work."

Getting the band back together

Brown, a musician who plays the guitar among other instruments, describes himself as a sociable person – he likes to spend his spare time with his three young children at home in North London, as well as with his friends.

"I enjoy company. I like to dance from time to time. I still play and write music and, when my body has failed me and I’ve had too much wine, sitting down with a good book will do the trick."

And in those moments when he considers a life beyond comms, Brown light-heartedly raises the notion of reviving the musical ambitions of his youth.

He jokes: "I was in some bands during a younger, more innocent time, but I fear that with three kids the days of 30-day tours around Braintree might be behind me – not that I ever got to do a 30-day tour."