The 'Protect Your Pets' campaign was launched on Black Friday last year and ran until the end of January.

It centred on a series of short films, promoted on social media with the hashtag #IfTheyCouldTalk, featuring pets given the power of speech.

Ahead of #BlackFriday, we asked 6 pets* what worries them most about their owners buying cheap, dodgy electrics.


In one scene, a cat declares: "I don’t really have nine lives," while another features a couple of rabbits asking: "How will they tell the kids if we were gone?"

?? Switching stuff off at night and before bed

The campaign was prompted by concern at the number of house fires caused by electric faults – 350 in the previous three years.

Comms chiefs wanted to reduce the number of house fires by encouraging people to change their behaviour and stop taking risks such as overloading plug sockets and leaving electrical appliances running during the night.

Another key message was warning of the danger of buying cheap electrical products online that have not passed safety checks.

?? Switching stuff off before bed

The campaign targeted people living in Sheffield and Doncaster, where most of the accidental fires had occurred. Most such fires had taken place in council houses where people were living on low incomes. Further insight used to target the campaign comms was the fact that the local audiences were primarily mobile phone users who shopped online; and many of the fires had taken place in properties with household animals.

"You don't think about what might happen when you're out, especially to your pets."

These are the words of Shaleen from #Doncaster - whose 2 dogs got trapped in a house fire a year ago.

Research by the service found that two-thirds of people would be more worried about losing their pets in a fire than material possessions. This informed the decision to get animals to do the talking. 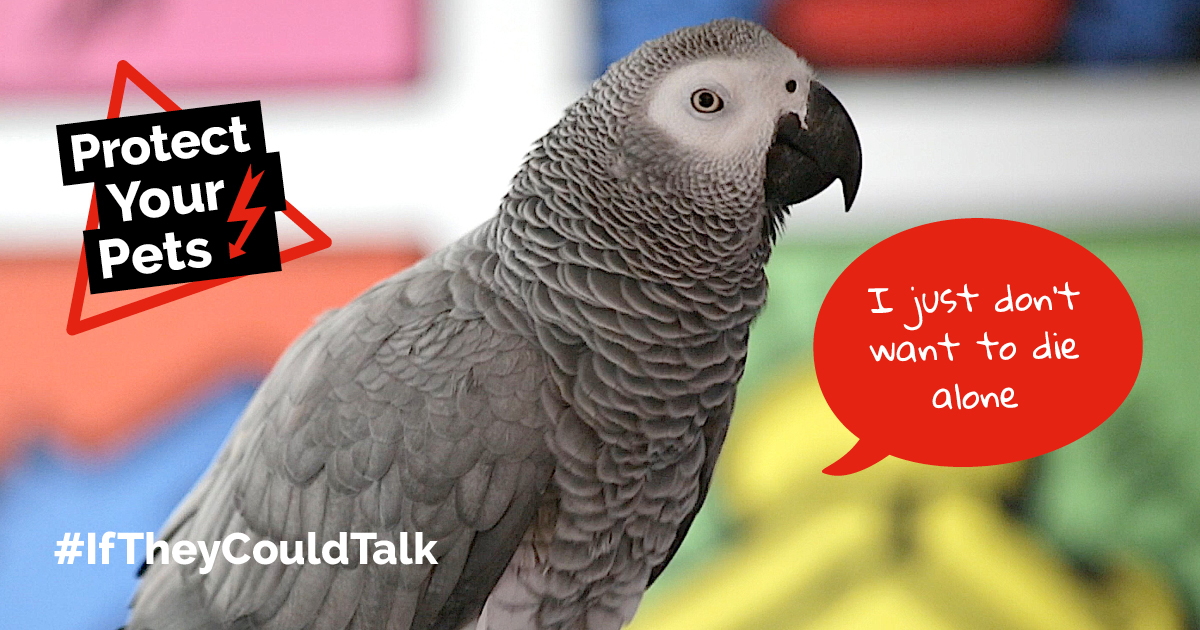 Several short videos were produced, using pets to talk about the key themes and laughter, rather than fear, to convey the campaign message.


In addition to being promoted on social-media channels such as Twitter, the videos were shared on certain Facebook groups, such as those celebrating pets.

South Yorkshire Fire & Rescue also ran a tongue-in-cheek competition on social media, encouraging pets to name and shame their owners for doing things like leaving the iron on and other potential fire risks, offering a tour of a fire station for the best photo and comment.

Thank you Watson for naming and shaming your mum. ??

Are there any other pets in South Yorkshire willing to shame their owners?

Best photo and comment will win a visit and tour of a fire station. ?? #IfTheyCouldTalk https://t.co/Dxsnw7FUMt

Thank you Blue ?? for shaming your owner.

In terms of measuring success, greater attention is paid to meaningful outcomes rather than simply looking at the reach achieved, according to Jack Grasby, campaigns manager at South Yorkshire Fire & Rescue.

"For this campaign we wanted to contribute towards a 15 per cent reduction in house fires and we were pleased to see in our evaluation that we did, and actually ended up achieving twice that reduction," he said.

A target of reaching 250,000 people through online and social content was exceeded, with 325,000 reached. And the aim of getting 500 people to complete the online electrical safety quiz was surpassed by hundreds, with 950 taking the test.

The campaign also resulted in more than 50,000 video views and was covered in several media outlets relevant to the audience.

We LOVE this video by our genius colleagues at @SYFR ?? ??

We also 100% support the messages about unbranded electrical items.

Grasby told PRWeek: "We were really pleased with the outcome of 'Protect Your Pets'. Our focus is always on making a genuine, measurable impact through our communication work, and a reduction in electrical fires was exactly what we wanted."

He added: "We saw twice the desired reduction in fires, which was above and beyond what we expected, and achieved this with a really small spend."