A key aim of the campaign was to engage young people and the agencies that work with them to examine the foundations of health and access, or lack of it.

The importance of the health of future generations, for both the individuals concerned and wider society, was a core message, as was the need for young people to have a place to call home, secure and rewarding work, and supportive relationships with their friends, family and community.

Do young people have the mix for a healthy future?

Today marks the launch of our Young People’s #FutureHealthInquiry looking at the next generation’s health and wellbeing.

In addition to young people and their families, the campaign focused on organisations working with young people, as well as areas such as housing, business and employment, education and skills, and relationships.

Government organisations and political stakeholders working on issues affecting young people, public health and other relevant sectors were also targeted, as were opinion-formers such as think tanks and academics.

Grayling’s approach was to develop an integrated, multichannel campaign with multiple touchpoints that would stimulate interest and discussion about the health and wellbeing of young people.

For the inquiry’s launch, last summer, the agency worked with the client to package the findings from the initial engagement research together with newly commissioned consumer research in a report that resulted in mainstream media coverage.

It included statistics such as that nearly one in five [18%] of young people find it difficult to build fulfilling relationships. Almost a third [32%] are lonely some or all of the time, and more than half [53%] think it’s difficult to find fairly paid work.

Less than half of young people feel they were fully emotionally supported growing up, despite 9 in 10 believing emotional support is important.

Find out what else #youngpeople need for a healthy future: https://t.co/ASpdTjf4dB#FutureHealthInquiry pic.twitter.com/7gkvXItqf4

In terms of social media, Grayling used the Health Foundation’s existing channels and worked with the charity to develop content such as animations and vox pop videos with young people telling their stories.

Investing time in media activity such as briefings, developing content for digital channels and significant stakeholder outreach helped result in front-page coverage on The Times on the day of the launch. 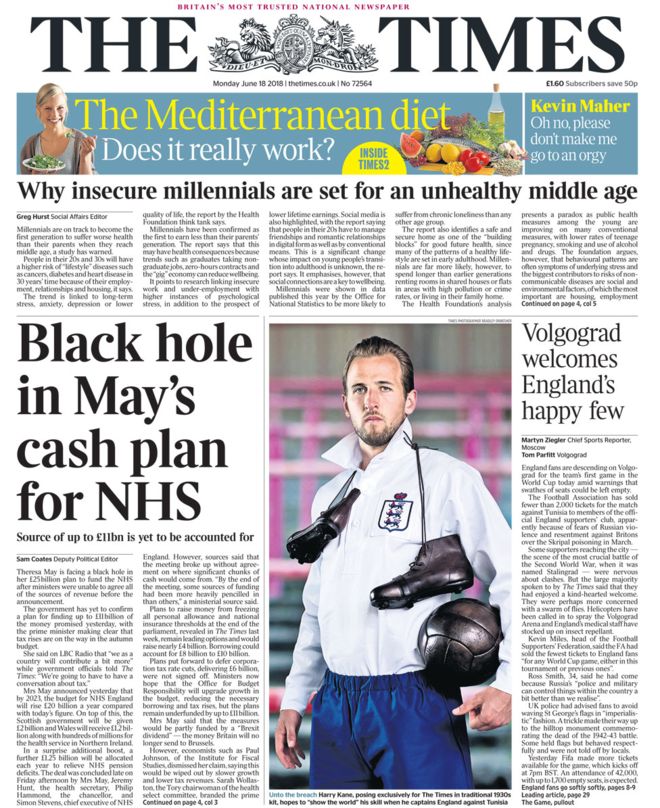 There were more than 30 additional pieces of national and trade media coverage.

The launch prompted more than 2,500 visits to the inquiry’s website and more than 500 downloads of the report.

Do you know the secret to future health and happiness?

Watch our animation and see how housing, work and relationships impact the lives of two young people.

A second report was released in December, after a series of visits undertaken by the Health Foundation to engage with young people in different parts of the UK.

A national media exclusive was secured in The Guardian, resulting in a two-page feature about this phase of the campaign.

There were also 18 pieces of regional and trade media coverage, more than 14,800 engagements and 184,000 impressions on social media, and more than 3,400 visits to the inquiry website.

‘The issues raised today are all solvable if young people are engaged in the political process.’ @NairnMcD is one of the many young people we’ve met during the #FutureHealthInquiry

Do you know the secret to future health and happiness?

Watch our new animation on the Young people's #FutureHealthInquiry and find out what building blocks are needed for a healthy future. https://t.co/eMzQ1LhQYw

She added: "It has managed to help begin to turn the national conversation from being just about healthcare, to being about the social determinants of health – like housing and work – and the huge impact not having these can have on our young people."