NEW YORK: KPMG has named Maureen Davenport, most recently SVP and chief communications officer at Fannie Mae, as its CCO. Monday is her first day in the role.

Davenport, who had worked at Fannie Mae since 2011, left the organization on February 15. At KPMG, she is reporting to U.S. chairman and CEO Lynne Doughtie and directing a staff of about 70 people. 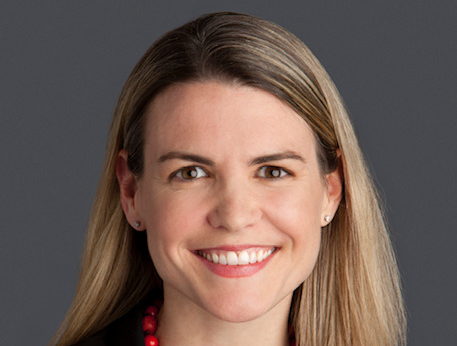 "We really transformed the culture of Fannie Mae and the road ahead [for them] is promising," she said. "What is attractive about KPMG from what I know is the commitment to innovation and the recognition that comms is a strategic partner in that change agenda."

Davenport said her first task at KPMG is taking a survey of its resources.

"I think my day-one priorities and 90-day plan is going to be looking at the organization, getting to know the team, and making sure we have the best skills in the best positions," she explained.

Prior to Fannie Mae, Davenport was SVP of comms for the National Association of Manufacturers and SVP of the technology practice at Hill+Knowlton Strategies.

Fannie Mae spokesperson Pete Bakel said Davenport "was without a doubt a true, trusted adviser and partner to this organization."

Fannie Mae is also restructuring its marcomms function. The organization named Steve James as CMO and member of the management committee to lead the cross-functional team, effective on February 4. He is reporting to president David Benson. Previously, James was SVP of strategy, insights, and marketing for Fannie’s single-family mortgage business.

"As the company is evolving, we’re focused on digital transformation, innovation, and customer centricity," Bakel said. "This was a natural evolution to move forward to achieve the goals set by the company."

Before Fannie Mae, he worked at the Internet Corporation for Assigned Names and Numbers and Hill+Knowlton Strategies.

Bakel declined to offer more details about the reorganization and said he wasn’t aware of other staffing changes that would occur as a result.

This story was updated on February 25 to correct the staff size of the comms function and to change Burns' title.