Flack had a bit of an identity crisis this morning, as the hashtag #IfFlackWasReal began appearing on his Twitter feed. Thankfully, the Flack in question refers to the so-titled new comedy drama based in the world of celebrity PR.

Its star Anna Paquin has maintained that it presents an "accurate and warts and all" version of what really goes on in the sector. The sector, apparently, disagrees. Many industry pros leapt to social media to portray a more accurate picture. Enjoy:

If Flack was real.... @AnnaPaquin would be sat at her desk on the last Friday of the month, updating the coverage tracking spreadsheet, hating herself for agreeing to include AVE because the client demanded it... #IfFlackWasReal #Flack https://t.co/cabZDjw5Vl

She’ll be emailing, and then immediately calling the email recipient without giving them chance to read the email

And finally... we've all been there, right?

Watching #Flack because... of course I would. Hands up who *hasn’t* given CPR to a prostitute to fix a naked client’s drug-fuelled sex crisis? Exactly. None of you.

Staying with Flack (the show), and one of the secondary characters is Mark, who is described in the blurb as the "hopeless husband" of Ruth, sister of Paquin’s character Robyn.

Flack (this one) may have an inkling as to where actor Rufus Jones, who plays Mark, gained insights into the working of the PR industry. His sister is none other than Lotte Jones, creative chief at Freuds.

Thankfully the impeccably-behaved Lotte has very little in common with the deeply-flawed PRs depicted in the show.

Talker Tailor Trouble Maker rarely fail to live up to their brand, even when they are trying to behave.

Co-founder Gary Wheeldon, nursing a Brit Awards-sized hangover, looked sharp at The Ivy in Soho on Thursday, catching the attention of a bartender.

The bartender offered to make a special cocktail for Wheeldon, which sounded nice in theory, but left a bitter taste.

If that wasn't enough, the bartender then complimented Wheeldon on his colourful shirt, and, oddly, asked him if he could swap it for his plain white number.

By this point the trouble makers had had enough and moved on to a less fancy establishment across the street where they could be left in peace.

It’s been weeks since Flack dumped his New Year’s Resolutions to be more active, but it was heartening to see the guys at Cirkle continuing the fitness drive. Five teams from the PR agency are to compete against each other, covering the equivalent distance of 30+ ironman races – involving swimming, cycling and running - equating to a staggering 4,659 miles. It’s part of a commitment to wellbeing in the workplace.

Watt bikes, treadmills and a leader board have been introduced to the office to track real-time performance. A certified ‘ironman’ coach has been brought in to oversee progress.

The winning team will not only revel in the glory but also receive an Apprentice-style experience-based prize.

Congrats to Cirkle for some inventive team names, including Perky Blinders, Must Tri Harder, What’s That In Miles and – Flack’s favourite - Legs Miserables. Flack’s man on the treadmill has reveals that the latter has already completed the distance. Good job. 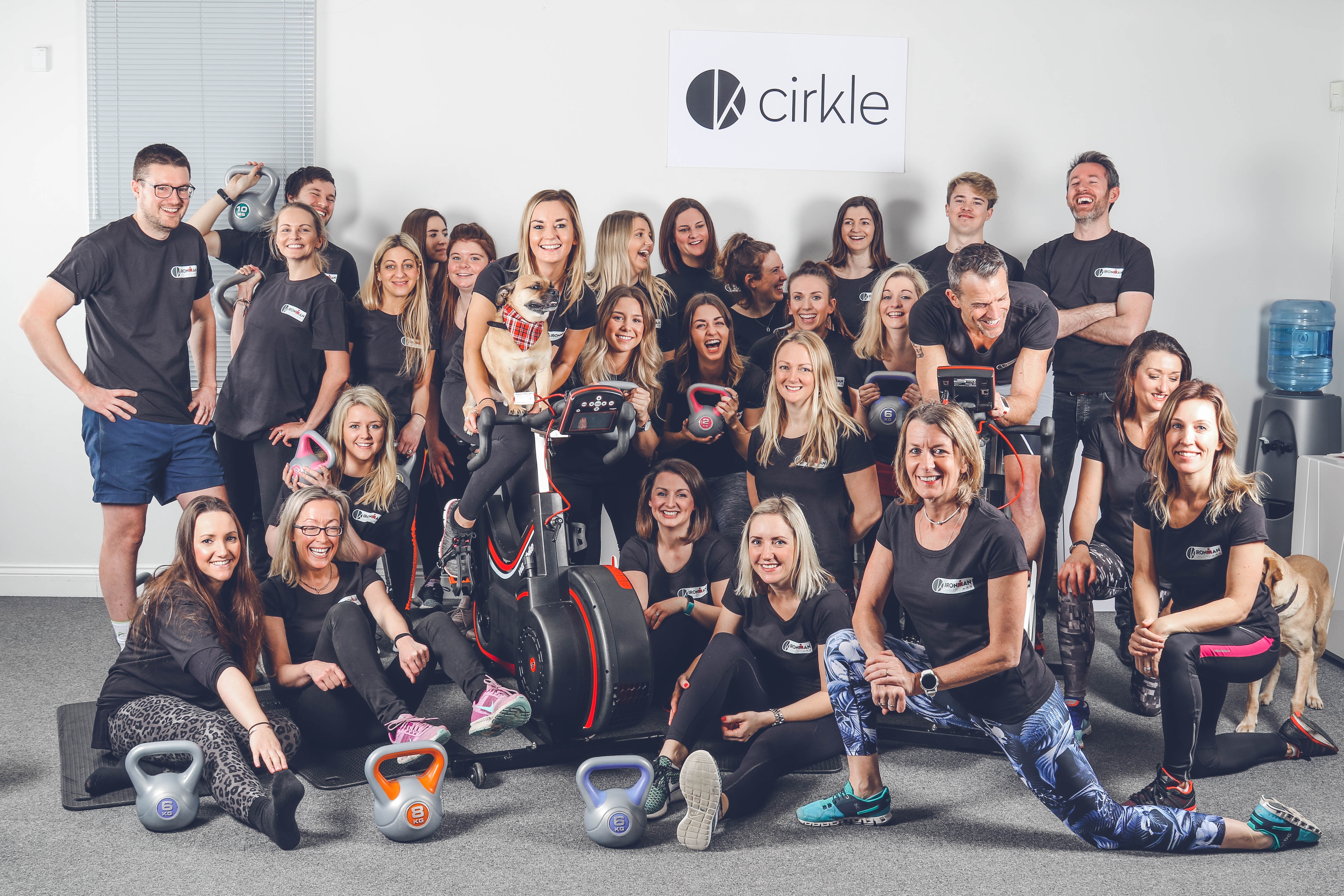