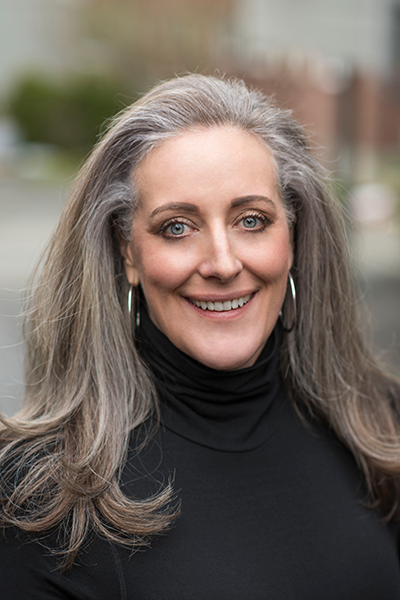 I travel lots for work, and one of the most common questions I get when people find out I’m an American from the West Coast is "Marijuana is legal there, right? What’s that like?"

I’ve had dozens of conversations with coworkers, reporters and fellow travellers about legalisation in the United States. What changed? How do you buy it? What are the stores like? Most people are surprised when I tell them that in Seattle, legal cannabis changed very little and that you buy it in dispensaries that feel more like health stores or boutiques than back alleys or drug dealers’ apartments.

Two things that are even more surprising: that brands are betting big on the marijuana industry, and that the gateway for brands skittish to invest in a substance still considered illegal in much of the world is CBD. In fact, CBD is completely shifting how brands work with marijuana and how the public thinks about it – it may be the most important marketing communications moment I’ve seen in my career.

What is CBD?
The most well-known chemical component of marijuana is Tetrahydrocannabinol, or THC. This is the chemical that gets users high. CBD, or cannabidiol, provides many of the medical benefits without the psychoactive effects.

And it is blowing up. A recent New York Times article said that entrepreneurs are putting CBD in everything from coffee to bath bombs to dog treats. It appears in blood-orange sweets sold in high-end New York hotels. Brewers are experimenting with CBD-infused beers and sparkling waters. My sister gives it to her dog for arthritis. Recess, a CBD-infused sparkling water, is making waves with its millennial-centric marketing.

CBD is also more widely available than fully-leaded marijuana. In the US, most people have at least some access to CBD through medical or recreational legalisation or one-off laws that cater specifically to CBD. In Europe, medical marijuana is now legal in many countries but it’s often hard to get. CBD oil, on the other hand, is often available in health shops as long as it doesn’t advertise medical benefits, but it hasn’t achieved the same level of hype as in America.

But that US-hype is more than just a wellness trend – it’s turning into an industry-shifting moment.

CBD in motion
WE’s recent global study, Brands in Motion, which seeks to quantify how global consumer perception shifts over time, identifies eight external forces that affect brands: the regulatory environment, economics, competition, stakeholders’ desires, organisational culture, cultural zeitgeist and crisis. What’s so exciting about CBD – and the reason why marketers and communicators need to pay attention – is that it touches almost all of these. CBD is a textbook example of the toughest challenges we face in our work and what smart brands are doing to overcome them.

The regulatory environment and cultural zeitgeist are likely the most influential. Marijuana has struggled with reputation problems. From Reefer Madness, a 1930s’ American anti-marijuana film, to its reputation as a gateway drug, many in the States spent most of the 20th century hating and fearing the stuff. That’s changing: in 2012, the same year recreational legalisation began, only 43% of Americans supported cannabis legalisation. Today, according to the Pew Research Center, 62% of Americans – including majorities of Millennials (74%), Gen-Xers (63%) and Baby Boomers (54% ) – think cannabis should be legal.

CBD, a marijuana byproduct, seems to have largely escaped the plant’s bad rep, in part because of its close association with the health-and-wellness industry. Estée Lauder has launched a non-psychoactive beauty mask and smaller brands sell CBD-infused anti-aging creams, soaps, scrubs and even mascara. These products resonate especially well with millennials.

Marketing CBD as a beauty or health-and-wellness product allows communicators to focus on the benefits instead of spending time and energy fighting inherited attitudes about marijuana. THC-heavy marijuana is an intoxicant. Consumers treat it like cigarettes or alcohol at best and, the vast majority and laggards still won’t touch it. It’s a vice.

CBD, on the other hand, is a chemical that savvy marketers have turned into a panacea. My dad is not a trend setter: he’s a very traditional man, a banker who worked at the same place for 40 years and frowned on the legalisation movement. He never broke a rule in his life. But when his Facebook friends started talking about CBD, he decided he’d try it. Now he uses it a few times a week to treat his back problems.

The early adopter brands have done an incredible job of turning a byproduct of a drug that many still consider harmful into a health phenomenon. And now everybody’s jumping on the bandwagon.

This bud’s for you
Last month, Tilray, the first cannabis company to float in the US, signed two huge deals. The first was with Novartis, the Swiss pharmaceutical giant. The two brands will work together to expand Tilray’s non-smokable medical offerings, co-brand some products and educate pharmacists and physicians about the benefits of medical marijuana. For Tilray, it was a massive boost in credibility – their share price jumped 12%. For Novartis, the move is seen as a hedge against the growing disruption marijuana poses to pharma companies.

Most of the big-money transactions are coming from Canada, the first major international economy to adopt legal recreational marijuana. Money talks, and the size of investments happening in the Canadian market, along with the obvious tax benefits for governments and the growing marijuana lobbying industry means that we might see international brands launching their marijuana-infused products sooner rather than later.

The next wave of disruption
Where money goes, public opinion follows. Marijuana already catches as many headlines as autonomous vehicles and AI. The tone of the coverage has shifted as well. When Colorado, a western US state, legalised in 2012, reporters made jokes about "Rocky Mountain High" or how snack sales were going to soar. Now many US newspapers have staff dedicated to covering marijuana.

In America, the tipping point of legalisation at national level is close, and CBD will be not just a massive disrupter in health, wellness and beauty, but also potentially the product that helps rehabilitate marijuana’s image. And where the US goes, the rest of the world often follows.

The public is ready. Investors are interested. The marijuana gold rush is coming. Are you paying attention to the motion?