Some have labelled it ‘clunky’ and  ‘cheesy’, while one head creative said the film features a cast of ‘Everybody Loves Raymond-type male stereotypes so two-dimensional they are parodies of themselves’.

The campaign slightly tweaks and repositions Gillette’s iconic slogan to ‘the best men can be’, urging men to stand up to bullying, sexism and harassment.

The two-minute film, created by Grey New York with social and digital being supported by Ketchum, is a montage of poor male behaviour that makes way for men challenging their peers to behave more respectfully towards each other and women.

It challenges traditional stereotypes of masculinity and urges men to promote progressive values in line with modern society.

"There is less of a focus of highlighting toxic masculinity and more about inspiring men to take more action and set the best example for the next generation," she said.

"Personally, I think the sentiment is spot on, but find the execution incredibly clunky, which is hardly surprising since any attempt to unpack toxic masculinity in a 90-second ‘TV spot ‘ is always going to be so reductive that any subtlety is lost in favour of sledgehammering the message home’," he added.

Mountstevens believes the acid test will be how Gillette builds on the film – and hype around it – to engage with consumers on a deeper and more meaningful level.

It is this exact point that W Communications deputy managing director Sophie Raine fears could be lost in the somewhat 'Marmite' reaction.

She agrees that Gillette’s intentions are "admirable", but worries that "the divisive nature of the ad now means an incredibly important message is somewhat falling on deaf ears".

"This is a shame, because if you can shave off some of the layers of cheese from the campaign, you’ll unearth that Gillette are genuinely trying to affect change (as well as tapping into the zeitgeist subject of the moment to flog more razors)," she added, highlighting that Gillette is donating US$3m to US charities that support men, and works with several organisations that help young men develop social skills. 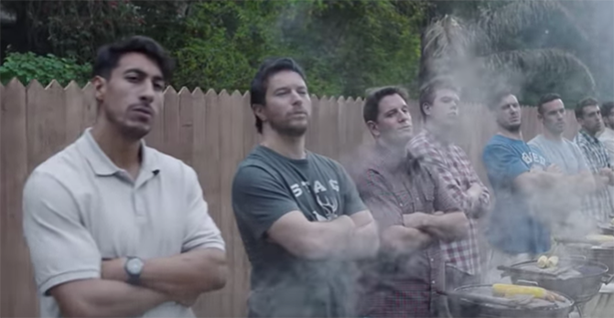 Fever PR creative director Jo Chappel points out that body hair "has always been at the sharp end of gender politics".

Gillette’s challenge to end ‘toxic masculinity’, she said: "features a cast of Everybody Loves Raymond-type male stereotypes so two-dimensional they are parodies of themselves, thus delivering the message that ‘male’ doesn’t have to mean ‘macho’ as bluntly – and without a hair’s breadth of cultural nuance – as an old razor blade".

"There is no argument the message is one that needs to be told, but does it feel authentic that the brand telling it has played a huge role in creating the visual lexicon that has historically promoted the very same narrow set of alpha-male archetypes it is now confronting?"

On the other side of the Atlantic, Tony Keller, principal at Walker told PRWeek it was one of the most well-intended, yet tone-deaf misfires of any ads he has seen.

"It was clearly assembled by a group of men largely out of touch on what these contemporary issues of sexual harassment and bullying actually are. I don’t think they really have a grasp on what #MeToo is aiming to accomplish and I am shocked by the length they went to tout their stance," he said.

'It left a chemical taste'

FleishmanHillard executive creative director Kev O’Sullivan – "a self-aware broflake" – said although he likes content that says don’t be abusive or rapey to anybody", the Gillette film left "a chemical taste in his mouth".

"A little like swallowing a bit of shaving foam by mistake. It tastes clean enough, and I know it does a good job elsewhere, but it’s not quite right in my mouth," he said.

At the heart of his concern is that the film feels like three adverts in one.

"What is this ad actually about? Is Gillette urging men to be better behaved with regards to women, or just humankind? I’m lost. And did it have to sound so male privilegey in the process?"

WE Communications UK MD Ruth Allchurch agrees Gillette’s creative has taken on too many strands.

"I think they hammer home on a point when less could have been more. At times it feels tokenistic and cheesy and at other times it gets close to pulling on the heartstrings, but for me it just slightly misses the mark," she said. "The danger with consumer brands jumping on the zeitgeist and overnight putting purpose at the heart of their campaigns can mean that it doesn’t feel authentic."

Worryingly, Fever’s Chappel predicts that 2019 is going to be the year of "Cause Above Creative – where the ambition to make work of creative merit is superseded by the drive to make a point".

It’s a concern shared by Radioactive PR founder and director Rich Leigh. In a blog post, he questioned whether consumers need a political or social stance from brands.

"Do they care, and outside of noisy Twitter fans and ephemeral posturing, will this make anybody want to pick a Gillette razor off the shelf? Because as much as good marketing forces you to have an opinion, the best marketing drives sales. The bottom line is the bottom line," he wrote.

This sentiment has been forcefully expressed by several comments under the video on Gillette’s YouTube page.

"Thanks for the moral advice, multi-national company that was recently caught profiting off forced child labour and price fixing," wrote one outraged viewer.

"Weird as it might sound, I don't need my toilet products to tell me not to rape women," said another.

Perhaps one of the more salient points among the angry online mob, was: "Maybe instead of alienating a large portion of potential customers by virtue signaling about politics, you should try to sell razors instead."

O’Sullivan points out that this Marmite reaction is normal for social purpose campaigns.

Ultimately, he believes the ad does far more good in the world than bad and "mainstream communication that tells men not to be creepy, aggressive bullies is better than a hot guy having his face stroked by a hot girl".