This includes a huge turnaround in PR budgets and optimisim. About 15 per cent of marketing executives observed downward budget revisions in PR in Q4, 11 per cent reported growth, creating a net balance of -4.1 per cent (compared to +4.2 per cent in Q3).

The Bellwether Report is based on data from a panel of 300 marketers selected from the top 1,000 UK companies and provides marketing spend sentiment data.

The outlook for PR budgets was equally bleak for the 2019/20 financial year. Provisional figures indicate 11 per cent of panellists were upbeat on public relations spending, while 21 per cent predict a reduced allocation of expenditure – an overall net balance of -9.3 per cent.

Overall, marketing budgets remained flat in Q4, with spend in mainstream media advertising (down 6.5 per cent on Q3), direct marketing (down 5.6 per cent), market research (down 4.7 per cent) and PR (down 4.1 per cent) feeling the brunt of the spending squeeze.

Even the budgets for digital performance marketing, such as search and SEO, dropped 3.9 per cent, marking the first time it has been cut since 2009. Spend in another growing category, mobile advertising, also fell by 2.4 per cent.

Internet advertising overall grew by only 2.1 per cent, which highlights a huge softening of investment in digital media, which had grown by 13.6 per cent in Q3. 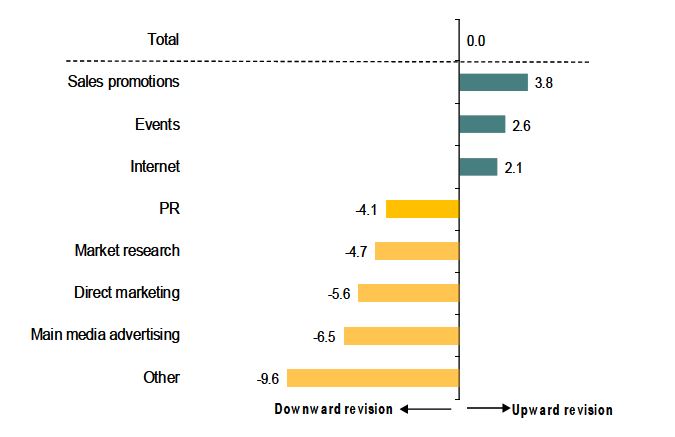 The major winner in Q4 is sales promotions, with budgets in this category up 3.6 per cent.

Revised predictions for 2018 ad spend have now been revised down from 1.1 per cent to 0.5 per cent, but the report predicts 2019 could see a larger rebound than previously expected.

Brexit and political uncertainty is being blamed for tighter purse strings and a gloomy outlook, with respondents to the study pessimistic about their company’s prospects for the first time in six years.

"In uncertain political and economic times such as these, the understandable reaction for some advertisers is to lose confidence in brand-building advertising and to think short term, even to the point of heavily discounting their products and services," IPA director general Paul Bainsfair said.

"We’ve seen this online and offline in the run up to Christmas – and now see the impact in black and white in this latest Bellwether Report." 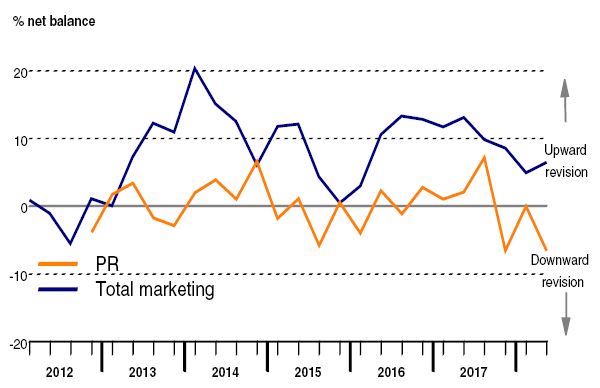 "We know from the research we have done into what builds and what destroys brands - and it is proven - that too much short-term sales promotion activity destroys brand value in the long term. Marketers need to weather this turbulent period and think ahead," he said.

"Now is the time to be bold, to keep up their share of voice and, if they can, increase it to grow their share of market. Businesses that rely on the strength of their brands need to follow the general 60:40 (brand building vs activation spend) rule of thumb." 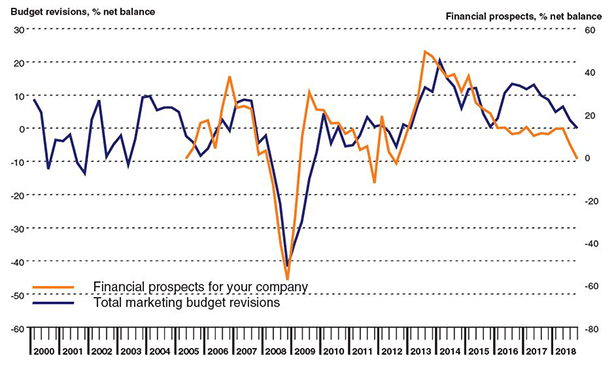