Leaders of the PRCA and CIPR slammed the discussion as "shockingly inaccurate", "wholly unfair" and "somewhat naive". Other pros said the show failed to touch on the breadth of public relations, such as helping deliver corporate and public sector strategies and community awareness programmes.

The panel discussion, hosted by Andrea Catherwood and produced by Steven Williams, comprised of three senior comms professionals and a senior journalist. It focused heavily on media relations, including how PR influences the news cycle, but also touched on crisis comms and whether journalism and PR skills are interchangeable.

A common bugbear was the narrow portrayal of ‘public relations’ as media relations. However, as a BBC spokesperson pointed out to PRWeek, this was largely framed by the panellists who were "from a range of PR fields...and gave examples of experiences from their different areas of expertise".

When asked to describe PR, Shout Communications founder Keren Haynes said, it’s about "getting positive coverage on the airwaves", while Outside Agency founder Alan Edwards said it’s about getting information across in "a good and timely way with a mind to my client’s interests so they get their point of view across".

Abzed managing director Ian Gregory, whose firm has represented clients from the fracking industry, e-cigarettes and grouse shooting, described PR as the "puncturing of someone else’s echo chamber", referring to how he helps businesses overcome regulations and negative public perceptions.

Former HuffPost editor-in-chief Polly Curtis stirred industry outrage when she said PR pros, at their best, help journalists tell better stories and can be important contacts, but at their worst, "they bully, they lie and they block you getting the story". 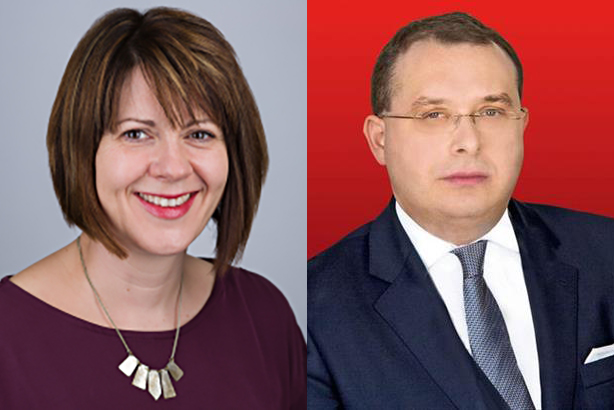 'Embarrassing for the BBC'

PRCA director general Francis Ingham (pictured above, alongisde Emma Leech) described the show as "shockingly inaccurate in its representation of the PR and communications industry as we know it today".

He added: "To continuously misrepresent PR as publicity is incredibly embarrassing for the broadcaster".

"It gave the impression that the success or failure of public relations is dependent on publicity and coverage. It was dated, inaccurate and misleading. In reality, PR professionals work strategically to provide advice and support to businesses on improving relationships with all stakeholders – not just journalists. That translates into brand, reputation and the bottom line, not simply column inches."

Leech said the show should have reflected the diverse nature of PR, for example how public sector communications can play a crucial role in delivering services that make a genuine impact to people’s lives – a point that was reinforced by some pros on Twitter.

I’d be up for taking part and explaining how PR strategies I’ve delivered have led directly to the arrest and conviction of killers, kept people safe from fire & other incidents and helped public bodies like police & fire deliver their essential services to communities #PR #comms

Greater Manchester Police head of communications Amanda Coleman told PRWeek that for many in-house PR professionals like herself, media relations is "a rarity in my average day".

She added: "A massive disappointment is that I was waiting for them to talk about crisis communications because I deal with it a lot, but the example they used (Jerry Hall wrongly accused of smuggling marijuana in 1987) was gobsmackingly irrelevant to today.

"Obviously it is 'The Media Show' and heavily skewed for journalists, but it is now out there and if you are listening to this and thinking about getting into PR, this is your view of what the work is."

Coleman accepts that part of the problem is that the PR industry needs to improve how it communicates its broach church of services better to the media and the public.