Although this assumes control of the remote across the country may indeed be lost, it is still more plausible than Vote Leave’s Brexit bus pledge that the UK government would reinvest ‘£350 million of EU spending back into the NHS’ – a promise that was quickly dismissed by Brexiteers once they won the vote.

The C4 Brexit bus began its promotional tour in Westminster and will visit other parts of London, Manchester, Leeds, Birmingham, Nottingham, Leicester and Bristol.

The campaign was designed and executed by creative agency Taylor Herring. 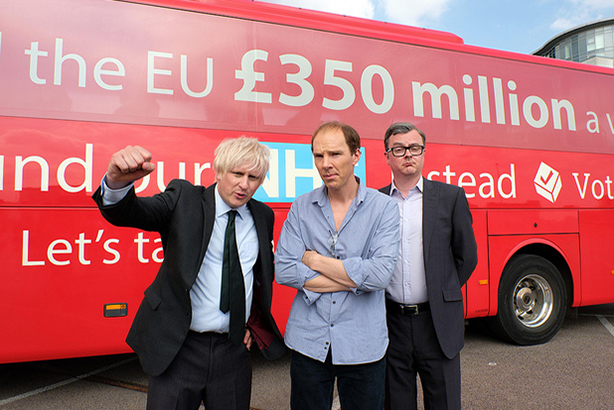 Brexit: The Uncivil War is on Channel 4 tonight

The film stars Benedict Cumberbatch as Leave campaign director Dominic Cummings and tells the story of how the campaign ran behind the scenes.

To mark the launch, Channel 4 commissioned a study into the national conversation about Brexit since the referendum.

It revealed Brits can’t stop talking about it, with more than 92 million Brexit conversations every day. The term ‘Brexit’ is heard more than 507 million times a day in the UK and there have been 180 million tweets globally mentioning Brexit since the beginning of January 2016.

The drama airs tonight at 9pm.