The trip marks the start of British Airway’s Magic 100 project, which will see 100 acts of kindness performed by the airline in its Centenary year, 2019.

The creative, by W Communications in partnership with Starstruck Media and DMB, is sure to warm the Christmas cockles as it stars kids who have each endured hardship in recent times.

One boy, Belal, lived at the base of Grenfell Tower and lost friends when the building burnt down; another, Bradley, lost his sister in a serious car crash; while Mayana and Sophie have both suffered as a result of cancer.

During the three-day trip, the film unveils a variety of movie-style experiences, including a stay at the iconic Plaza Hotel, ice skating in Central Park, a visit to the Rockettes show at Radio City Music Hall, toy shopping in the newly reopened FAO Schwarz and an ice-cream feast in the Plaza Hotel’s most exclusive and prestigious guest room, The Presidential Suite. 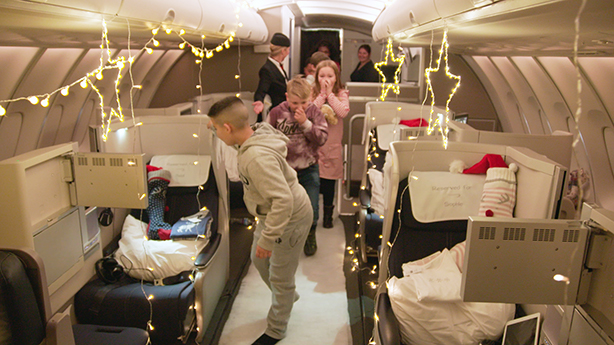 The magic of NY

W Communications executive director Mark Perkins said the airline had asked the agency for a ‘BA Magic idea’ that was inspiring for children at Christmas.

"We thought 'where is more magical at Christmas than New York?' And no-one did Christmas in New York better than Kevin, which gave us all the inspiration we needed," he said.

"Every element of the adventure was a complete surprise to the children: the destination reveal, the VIP stay at the Plaza to toy shopping at Schwarz and meeting Trump. Their reactions are genuine and there are no second takes. Plus, they got to star in their own Christmas movie trailer. They say never to work with children, but this was a wonderful for everyone involved and we’re proud to have created it with British Airways."

British Airways’ chairman and CEO Alex Cruz reiterated the magic that a Christmas trip to New York can deliver.

"New York is a magical destination to visit at Christmas whether you are a child or an adult, so it was the perfect place to stage our most ambitious BA Magic surprise yet," he said.

"As our films reveal, the children have had to cope with very challenging circumstances and their stories are moving and inspiring in equal measure. We wanted to give them and their parents a magical start to Christmas they will never forget."

Check out the full video (below) for back stories and behind-the-scenes footage.