Gorilla in the midst

This one’s a classic case of a ‘before and after’ photo, except sadly we don’t have the ‘after’ version. This is a shame because this one - the ‘before’ – captures travel PR man and founder of The PC Agency, Paul Charles, on his recent press trip to Rwanda.

On behalf of his client Visit Rwanda, current sponsors of Arsenal FC of course, Charles had taken a group of travel editors out to see the famous ‘gorillas in the mist’. And here we see our intrepid traveller (nattily attired for Safaris we note) posing in front of an enormous Silverback. 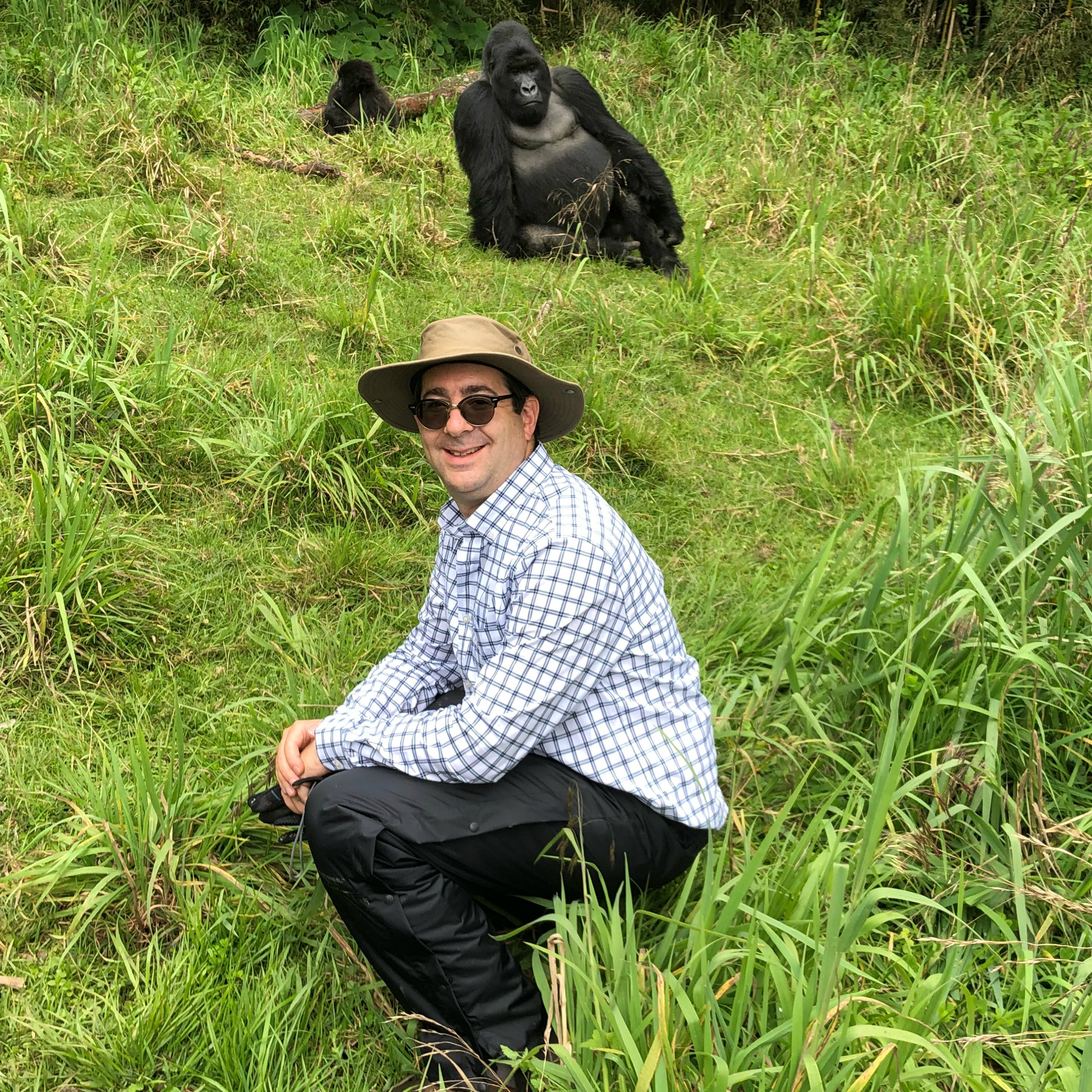 But Charles tells Flack what happened next: "Suddenly this 18-ton (surely shome exaggeration here – Ed) rushed at me and sat on top of me. We were told that if this happened we should adopt the foetus position and stay quiet but I just screamed."

Apparently Ben Ross, deputy travel editor at the Telegraph, was filming the whole amusing/faintly terrifying episode but Flack suspects Charles may have paid him to destroy the evidence.

In any case it resulted in glowing coverage for Rwanda as a safe destination - so Ross clearly wasn’t perturbed by Charles’ near death experience.

Please note that until now Flack has avoided any gorilla marketing gags.

Handbags moment for the ages

Flack is quite partial to a good old Twitter feud between two industry heavyweights but this week dished up a real doozy.

Senior lobbyist Chris Whitehouse let it be known on Twitter that he took exception with the new Public Affairs Board social media channel being used to share industry news about a specific agency. Fair enough.

The PRCA head honcho, Francis Ingham, responded to his query and the two locked horns in some social sparring that ended up with Ingham blocking Whitehouse and Whitehouse posting a doctored image of Ingham wearing a leper bell, which Flack understands was created by the website Guido Fawkes.

In words I shall have engraved as a badge of honour on my tombstone:
"You are blocked from following @Ingers1975 and viewing @Ingers1975's Tweets."
(HT @GuidoFawkes for the pic) @PubAffBoard @PubAffairsNews @prweekuknews pic.twitter.com/QoM50oVF72

One PR pro was rather embarrassed for her peers by the fiasco, particularly the doctored image.

Ingham pointed out the irony of the image.

Whitehouse implied the coverage was a bit of a media beat up.

Perhaps all three have valid points.

However, Flack can’t help but wonder if some grievances are better sorted out away from the prying eyes of the Twittersphere.

Christmas in PR land is a wonderful place, and here are some highlights.

First up, APCO has produced a festive musical video featuring the talents of staff across its network, overseen by conductor extraordinaire and agency CEO Margery Kraus. (The video would be Flack’s favourite musical composition from an agency this year, if it weren’t for the untouchable Weber Shandwick rap.)

PR agency Taylor Herring pushed the boat out for its office party, taking the team on a festive break to Stockholm (perhaps inspired by its recent work with Iceland).

Can someone help me? I am locked in the @ManifestLDN office with Christmas music blaring and I feel this is what hell must feel like.

Singing on a prayer

On a similar theme, Flack got a rare glimpse into what PR industry hacks get up to when they are plied with way too much booze at the annual staff Christmas party.

The trio went straight back in for more but this time thought they could master Jon Bon Jovi’s Living on a Prayer.

Flack was dismayed at how rubbish the trio were at hitting a high note and has apologised unreservedly to the 90s rock demigod for butchering a masterpiece.