Approaches range from giving a platform to a grieving mother whose teenage daughter was killed by a drunk driver, to an advent calendar on social media.

Some have opted for a simple play on words to promote their campaigns, while others have chosen to exploit the popularity of well-known Christmas carols and poems.

Here PRWeek takes a look at some of the new festive campaigns underway from police forces across the country seeking to raise awareness of everything from drink driving to burglary.

Have a cracking Christmas 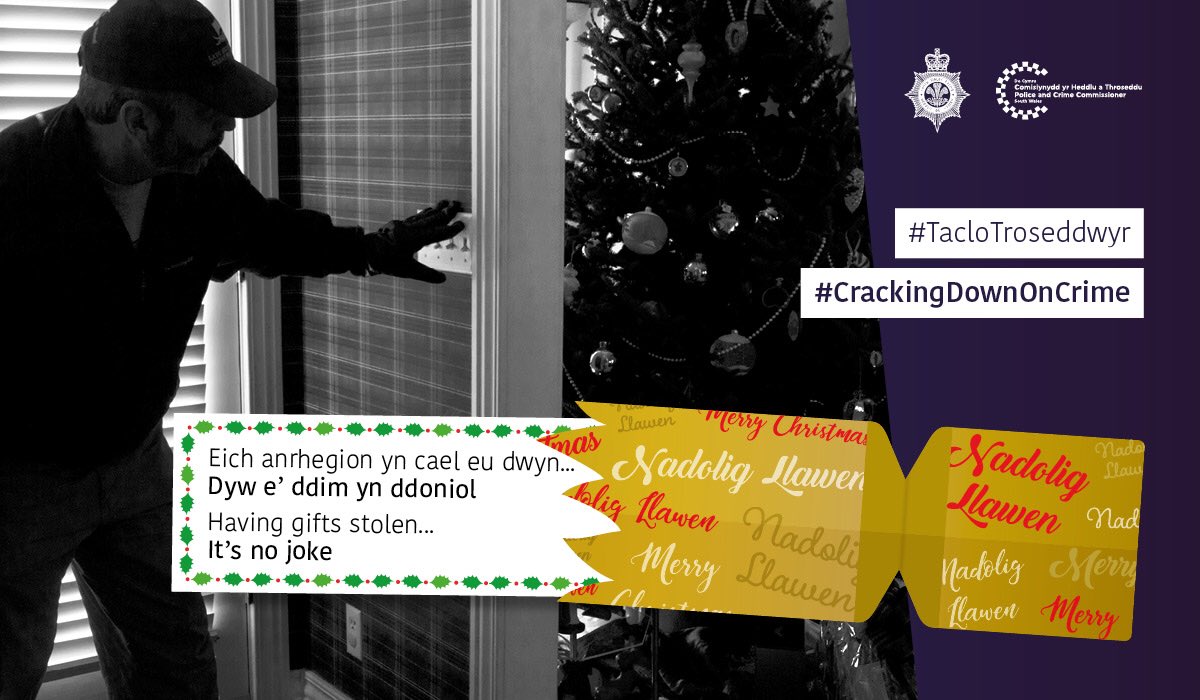 Christmas is a unique comms challenge for policing, involving various safety and crime-prevention messages for a vast target audience and conveying hard-hitting messages without scaremongering, according to the force’s comms team.

It has developed a bilingual campaign which uses Christmas cracker jokes as a way of communicating short, simple messages such as "Having gifts stolen… it’s no joke."

Looking out for people who may be vulnerable is also a key message, with simple photography used to emphasise the point. 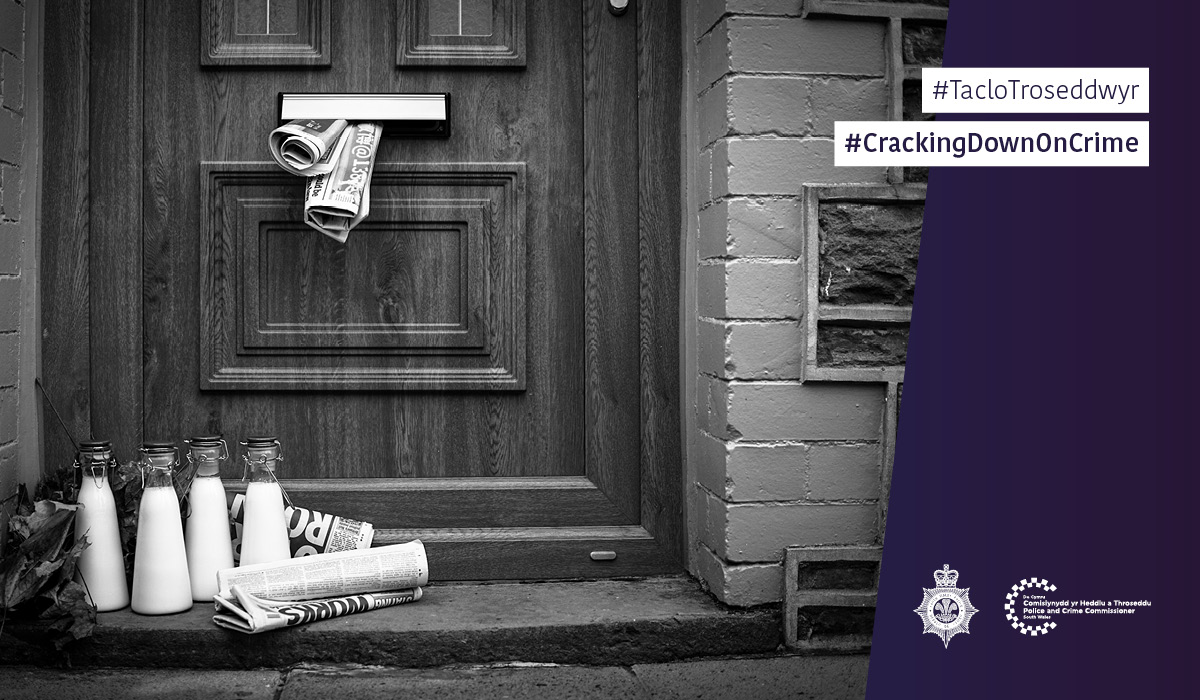 Other key messages include not leaving presents on display, not posting on social media that you are going away, and not drinking and driving. 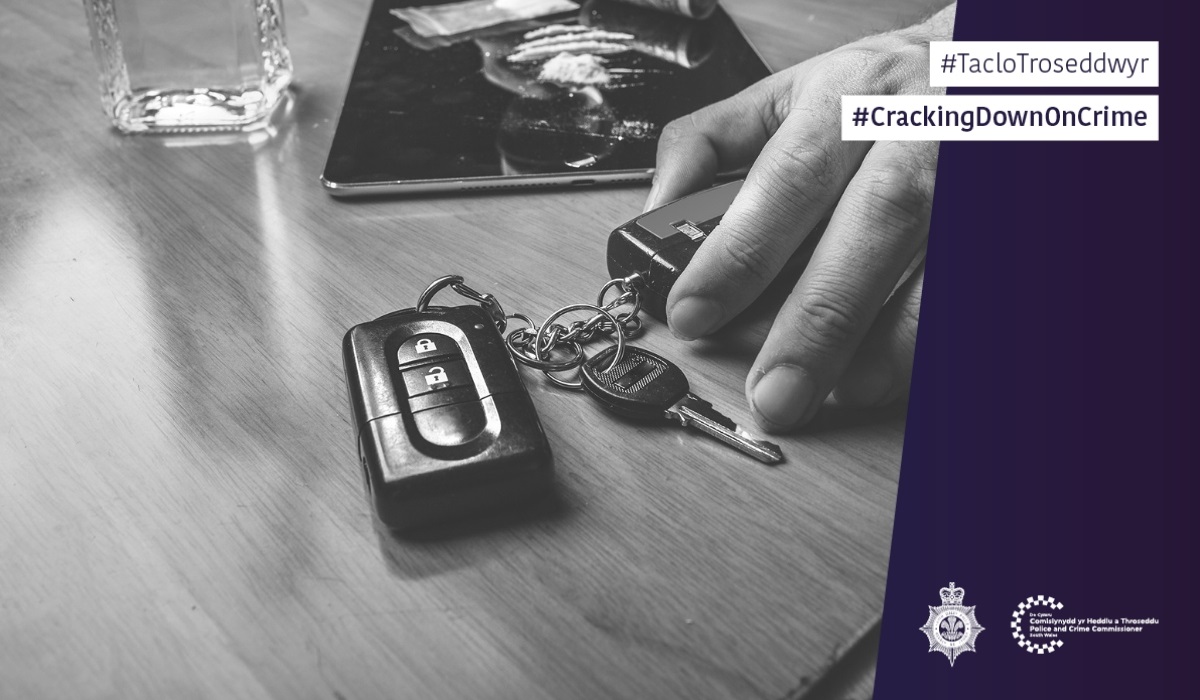 The main campaign resource is a crime-prevention booklet that is being promoted by police officers locally.

It’s less than a month to go until Christmas ????and as part of our efforts to ensure you have a happy and safe festive season ????we've produced a booklet of top safety and crime prevention tips. It can be downloaded here: https://t.co/idNp2r78EE #CrackingDownOnCrime

The hashtag #CrackingDownOnCrime is also being used to raises awareness of the campaign on social media.

Fantastic day at the Quadrant Shopping Centre. Hats off to lovely ladies and gents shopping in Swansea. Advice over the Christmas period. SWP keeping you safe.#55537#swanseacitynpt #joinuslearnmore #communitysafety #CrackingDownOnCrime#TacloTroseddwyr pic.twitter.com/nQuNwRkiJ8

Daily animations on an advent theme this month are being used to promote key messages such as reminding people that there will be more police on duty over the Christmas period, and offering crime-prevention advice.

Advice is being given on areas including violent crime, personal safety and domestic violence.

People are being urged to use the 101 number to contact police and only use the 999 number in a real emergency.

While these are meant to reassure the biggest audience – the general public – they are also intended as a deterrent to potential offenders. Police officers and staff are also being targeted, as are individuals who can help promote the campaign, as well as the media. 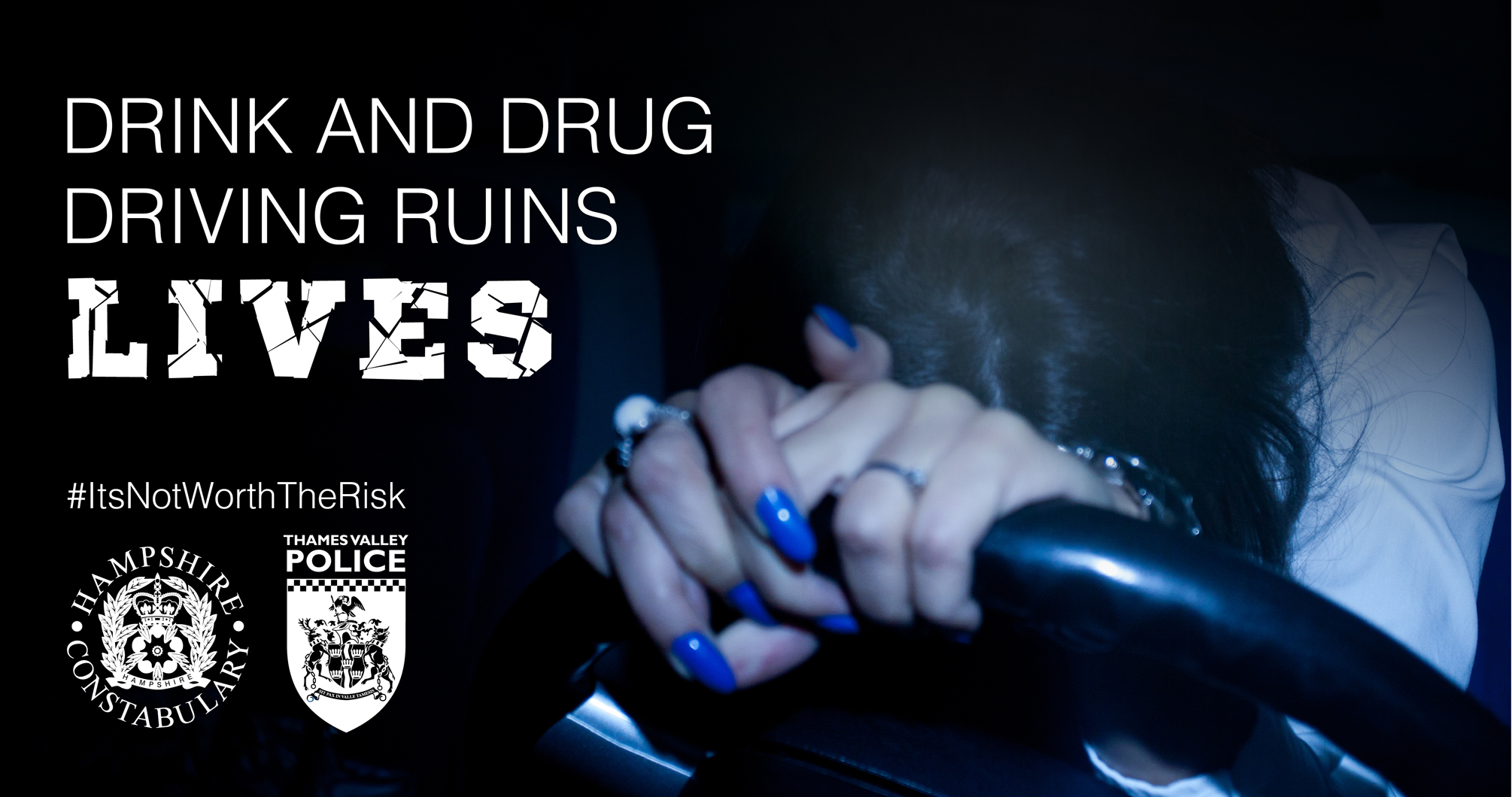 In a joint campaign with Thames Valley Police, the force is focusing on the real-life impact of drink-driving.

Among the campaign resources is a powerful film in which the mother of a schoolgirl killed by a drunk driver talks of her torment and is visibly distressed throughout.

Rebecca Marchant, from Leatherhead, Surrey, was just 15 when she was killed by a drunk driver in 2016. Her mother Karen comments: "If you make a decision to drink and drive it’s never an accident, it’s like playing a game of Russian roulette… it absolutely devastates lives."

The film and other campaign resources are being promoted using the hashtag #ItsNotWorthTheRisk.

That drink- and drug-driving devastates lives, and is not worth the risk, is among the key messages of the campaign, which also calls on people to report those who they suspect of breaking the law.

The road-safety campaign features the four factors - dubbed 'the fatal four' – which most contribute to fatal road accidents in the region.

These include not wearing a seatbelt; driving while under the influence of drink or drugs; speeding; and using hand-held mobile phones. 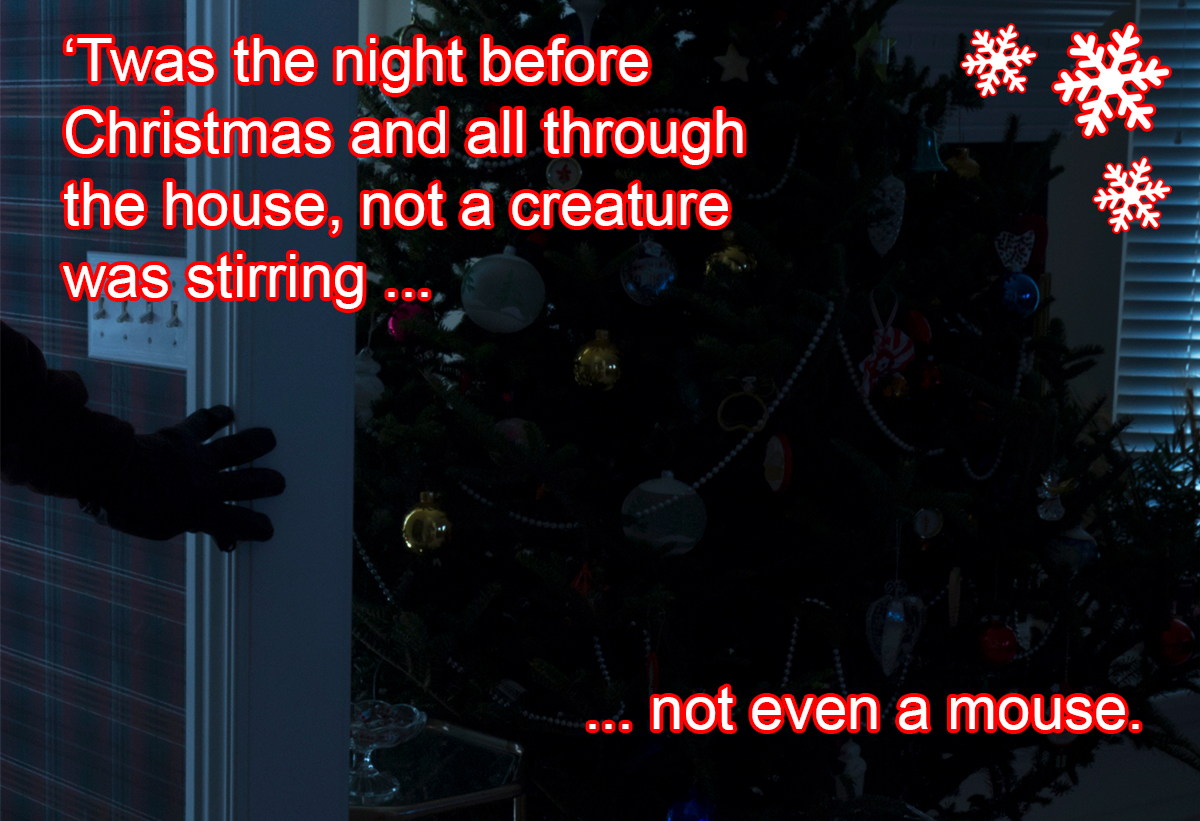 The force has changed its logo on Twitter to include a santa hat and is exploiting popular Christmas carols and poems to highlight safety messaging over the festive period. 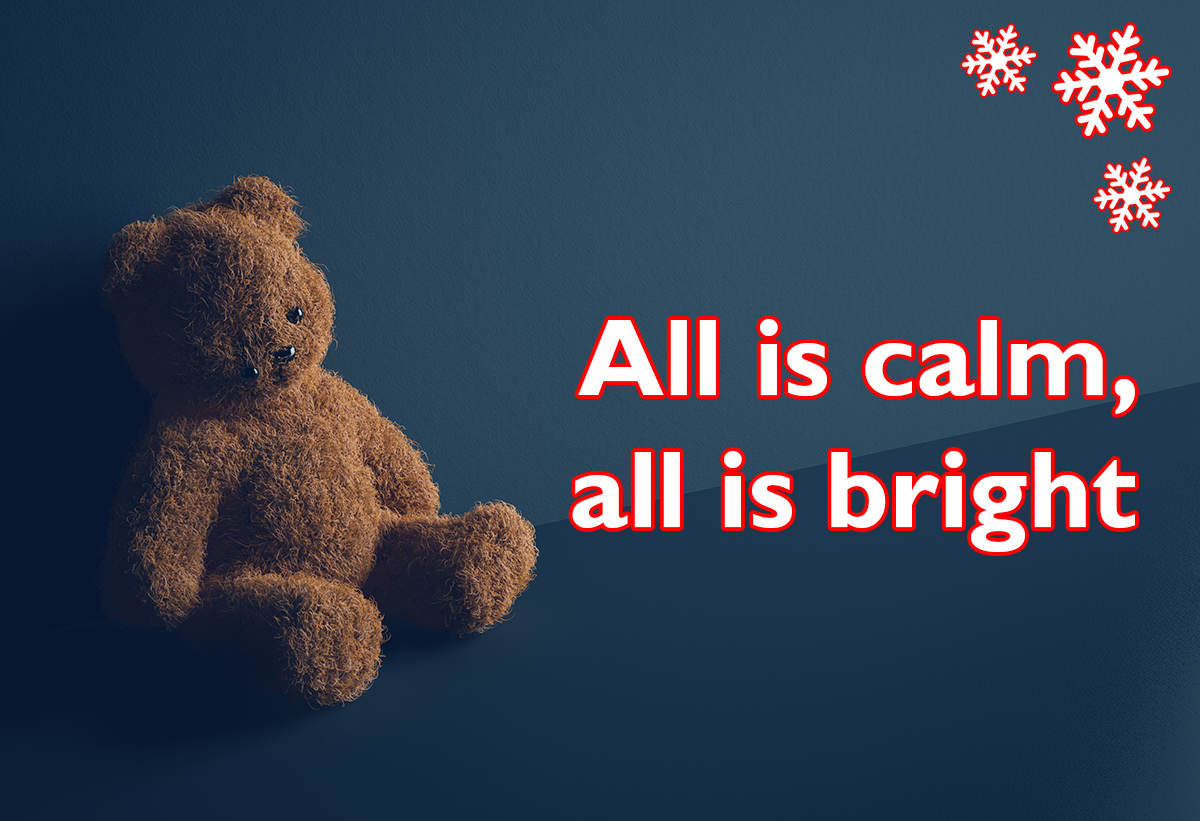 In one image, people are urged to report any concerns they may have about vulnerable children.

Sadly it won’t be calm or bright this Christmas for some of our county’s children. We’re working hard to protect young people, but we need your help. Please report any welfare concerns by calling 101 or visiting https://t.co/1kzkkR0q7g. pic.twitter.com/D1tMpOh5dB


Another picture used in the campaign, running on Facebook and Twitter, reminds people that burglars don’t take a break during Christmas, so they should make sure that valuables are not left out on view.

In addition to the images, videos will be released on social media later this month – with safety messages and advice set to the music of well-known carols such as Once in Royal David's City and While Shepherds Watched Their Flocks by Night.