New York City’s Fearless Girl has been moved from Bowling Green Park on Broadway where she stared down the Charging Bull.

A plaque stands in her place encouraging people to strike the same pose to raise awareness of gender equality issues.

Fearless Girl will appear at her new location some time before December 31. No exact date has been given.

Earlier this month, the statue was transformed into #FearfulGirl. 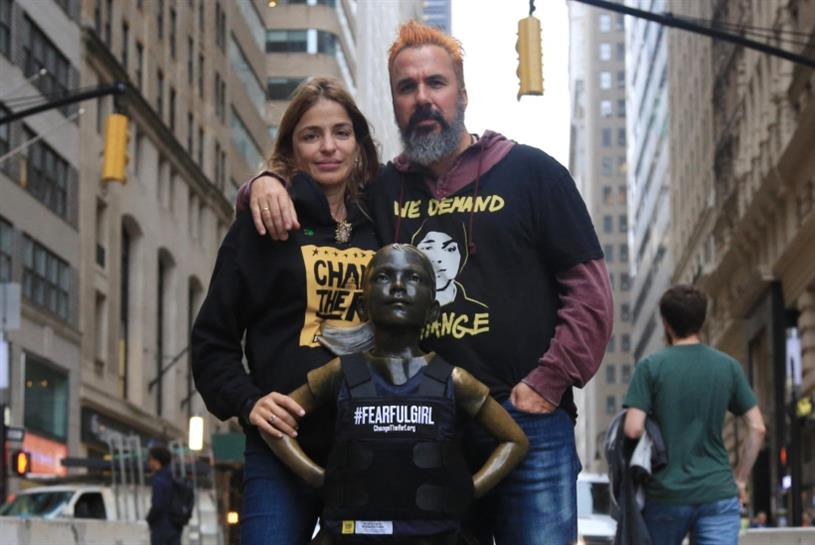 Manuel Oliver, father of 17-year-old Joaquin Oliver, who was killed during the Parkland school shooting in February, draped a bulletproof vest over her in an effort to promote sensible gun laws ahead of the midterm election.

Oliver and his wife Patricia’s nonprofit, Change the Ref, which seeks to empower youth to use creativity and urban art to fight for change, partnered with Fight Gunfire With Fire (FGWF) on the effort.