Martin Sorrell has told an audience in London of his determination to build a "new-format, new-approach agency" with S4 Capital.

Speaking at Campaign’s Breakfast Briefing event, Sorrell offered exclusive insight into why he had chosen to dive straight back into the industry with the acquisition of content-production company MediaMonks.

At the event, called Back to the Future: When Sorrell Met MediaMonks and held in association with M&A advisory group Results International, Sorrell also discussed highlights of his time at WPP, reflected on what he called his "traumatic and dramatic" departure from the company in April, and offered his view on the future of the industry.

Joined on stage by MediaMonks chief executive Victor Knaap, Sorrell said there was now greater opportunity in the everyday provision of content, data, and media services, rather than the large-scale creative opportunities many agencies specialise in.

"Clients [still] use agencies for big set pieces, but fewer. Between that, a lot of work [has] to be done by an organization that has to be faster, better, more efficient – though I won’t say cheaper," he told Campaign's global head of media, Gideon Spanier.

Knaap agreed: "All current agency RFIs are on the big idea. Not that I don’t respect the big idea, [but] the reality is to run a brand machine, you do brand-building and conversion in one go, and you have to fix that layer [of always-on, personalised content that has become more important]."

The 'best form of revenge'

Sorrell insisted that he has no desire to get revenge on his former employer after departing WPP in acrimonious circumstances following an investigation into personal misconduct allegations, which he has vehemently denied.

"The best form of revenge would be building a significant and successful new-era, new-format, new-approach agency," he said.

Sorrell revealed that planning for VML’s merger with Y&R predated his departure from WPP and the original plan had been to call the shop Y&RVML.

The merger of the Kansas-based digital agency and creative network Y&R was confirmed in September and was perceived as a move by WPP’s new chief executive, Mark Read, to streamline the holding group.

However, Sorrell claimed that plans were already in motion while he was at the helm to merge the two networks along with a third network, Geometry.

He said he would have allowed the Y&R brand to assume primacy in the combined group: "I would have called it Y&RVML. I would have been a little more magnanimous to the leadership of Y&R.

"When these decisions get taken at a company, they often lose sight of the global reputation. The idea of putting a strong digital agency together with a strong creative agency was a good one, [but] I think it was a branding mistake."

Sorrell admitted that his new, "one P&L" approach was very different from WPP – "conistency is the hobgoblin of small-mindedness," he said. He added that while he thought all of the big six agency holding companies are moving to a single organisation with one P&L, some groups were behaving hastily.

"Some are moving too fast and destroying agency brands," he said, in a veiled reference to Publicis Groupe. 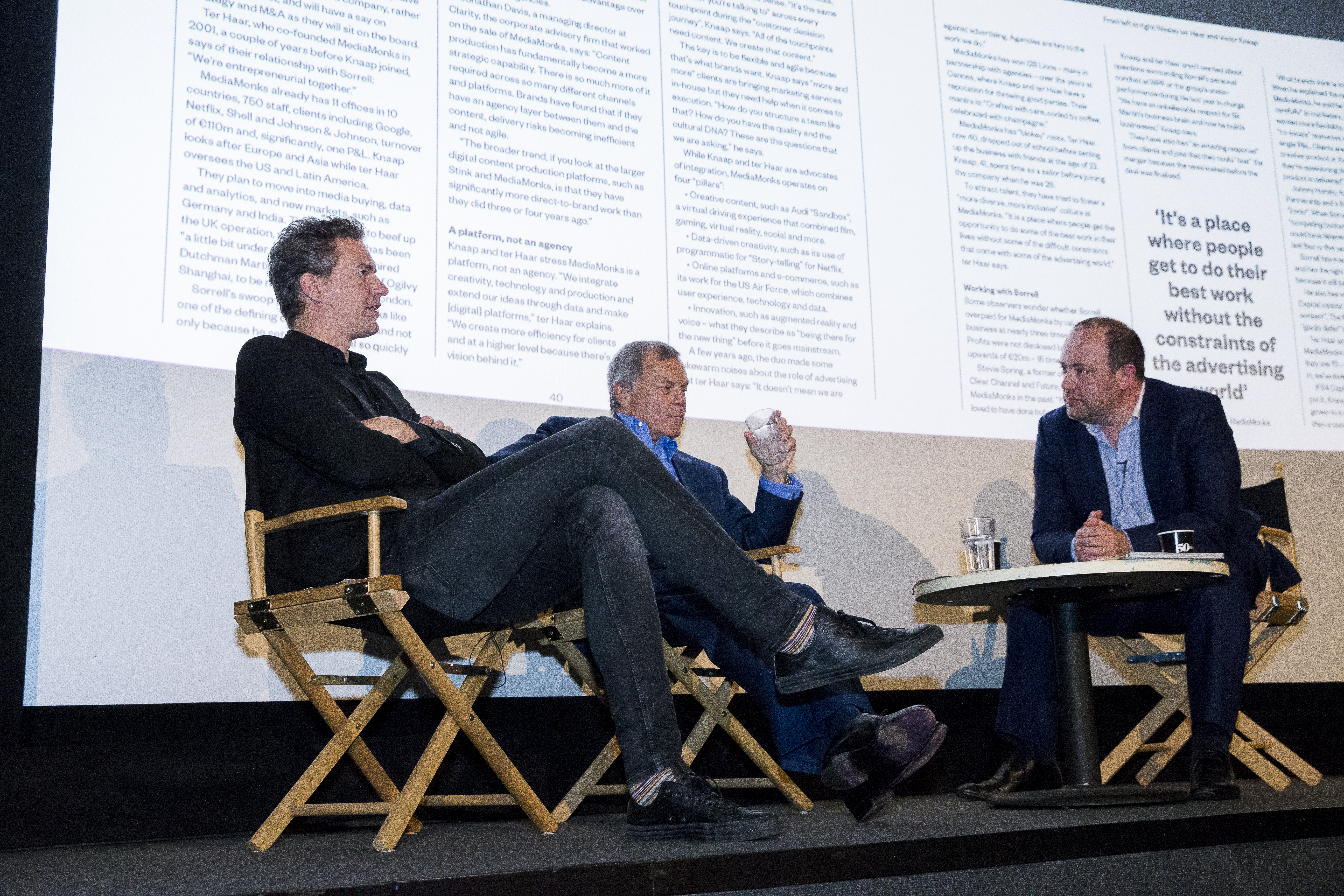 Sorrell repeated his claim that the "seminal moment" of recent times came in February 2017, with Kraft Heinz's abortive bid to acquire Unilever, which, he said, showed that "nobody was safe" and drove clients to demand greater efficiency from agencies.

WPP’s share price has halved since March 2017, but Sorrell denied that his old company has suffered as a result of a lack of succession planning.

He revealed that WPP had abandoned long-held arrangements to promote Mark Read and Andrew Scott to the roles of co-chief executives, noting: "The actual agreed succession plan was not implemented."

When asked if he has drawn a line under the allegations about his personal conduct at WPP, Sorrell commented only: "Time will tell."

He added that "big questions" remain over why there has "never been an investigation" into the "leak" of the allegations and insisted that he has not been critical of WPP and Read, claiming he has only "picked up on a few things" in public.