The campaign was launched in February, to coincide with Safer Internet Day, after the government body discovered that criminals were posing as DVLA officials.

One scam involved texting and emailing motorists requesting personal and bank details so that they could be sent Vehicle Tax refunds.

The DVLA kept its campaign deliberately simple – a key message was that the only place to find its services online is at gov.uk, no other website – and that the government agency never sends out texts or emails asking for personal information or bank account details.

It used its social channels to promote the campaign, which was launched with a news story on gov.uk, and has proved to be so successful that the messaging has become incorporated into DVLA’s ongoing comms work. 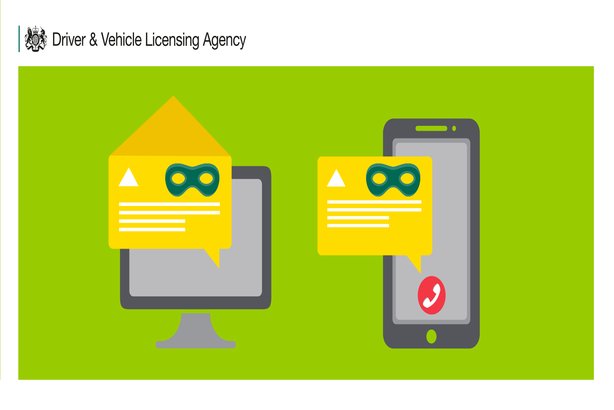 In terms of PR, the DVLA took a targeted approach – briefing a selected journalist to secure a piece in The Daily Express, which contained messages from the DVLA’s chief information security officer about vigilance and a graphic, designed by its in-house team, illustrating documents to avoid sharing online.

Elin Price, DVLA’s senior external comms lead, said: "We've been really encouraged by the engagement and actions we've seen online from motorists on this topic – clearly there's an appetite for clear and simple guidance on how to avoid falling foul to scammers."

She added: "Our message is clear – we’ll never contact customers by text or email asking for payment details. We also offer clear advice on how to keep documents safe – not posting details of driving licences or vehicle documents online."

Price said: "Combined with this, our campaign images, which were created in-house, are striking and impactful, and we’re still seeing the social posts outperforming other DVLA messages seven months into the campaign."